Perhaps this will start a trend in the trucking industry of companies sharpening their focus on this area with strategic value.

Scott Barker was appointed to the new role after serving as Swift’s vice president of recruiting and driver development.

Early driver turnover will be one area of focus. In the trucking industry, “disengagement” may explain why 30 percent of new driver hires quit within the first 90 days and 50 percent in the first 6 months on the job.

Curbing early driver turnover is only part of the puzzle, or transmission, as Barker explains it.

To transfer the massive amount of energy from the engine of a semi-truck to its drive axles, a transmission needs to engage the right gears at the right time and in the right sequence. Otherwise “the power that could be available to the drive train could be greatly diminished,” he says.

Similarly, Swift has the resources to generate a lot of productive power given its large customer base, thousands of equipment assets and a nationwide terminal network, he says. But unless its resources are organized and available to drivers at the right time and sequence, “we cannot transmit all of that potential to our customers in the form of world-class service, returns to our shareholders, and a better life and work environment for drivers,” he explains.

One of Barker’s new duties is to manage the information and feedback Swift gets from drivers to make improvements. The company has a number of tools to capture feedback that include a mobile app, social media and email surveys.

Every time drivers interact with Swift’s driver support teams they can rate that experience using an electronic feedback tool similar to Yelp, he says.

“I believe that drivers, in general, don’t really understand how truly valuable they are,” he says.

He is now publishing a blog that appears on Swift’s driver portals for company drivers and owner-operators. Drivers use the portals to access their pay records and support resources. Through the blog he shares his experiences from drivers he talks to regularly.

A recent entry profiled a female driver from Swift’s Salt Lake City terminal who retired as a school teacher and earned a CDL through the Swift Academy. She met her husband at Swift and is now an owner-operator after saving money to buy a truck working as a company driver.

“She is a phenomenally positive, uplifting person to be around. She is serving our customers and having a great time doing it,” he says.

He also uses the blog to share news, tips and information to help drivers in their daily profession.

In general, Barker says his new role gives him “a different level of interaction with drivers and I love it,” he says. “I am focused on making sure drivers understand what a key asset they are to Swift. They are our most valuable asset and they need to understand that.”

Barker believes the trucking industry could do a better job of socializing drivers to make them feel part of a corporate family, team and work group. At Swift, he is focused on doing that by making every interaction count.

“Our goal is to make every driver conversation with a driver support team be meaningful and helpful. When we handle these interactions well we should be able to help our drivers be happy, satisfied, safe, and achieve their full potential with Swift,” he says. 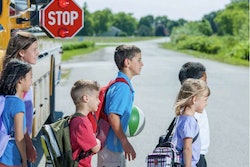 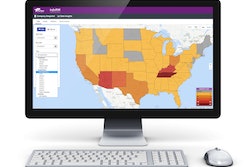