Walmart has instituted new shipping and delivery policies that could strap carriers with extra fees for deliveries that are late, mispackaged or delivered earlier than the scheduled delivery time.

The new policy, dubbed “On-Time, In-Full,” could score the company an extra $1 billion in revenue, according to an article from Bloomberg.

The extra revenue isn’t based on the new fees, but rather by securing product availability at Walmart stores.

“A year ago we shared these same on-time and in-full delivery goals with suppliers and asked them to begin preparing,” says Walmart spokesperson Ryan Curell. “We will phase these changes in over the course of this year, working closely with our vendors to help reach these targets. We know that when products we’ve ordered arrive on time, it results in happier customers.”

The new fees will affect carriers and shippers who fall below thresholds established by Walmart’s new program. Food, consumables and health products, which have a one-day delivery window, must be delivered on time 75 percent of the time. If not, Walmart will dock 3 percent of the invoice value of the loads improperly delivered. That’s not 3 percent of the shipping costs. Rather, it’s of the actual value of the contents of the load. General merchandise loads have a two-day delivery window, and both the 75 percent on-time threshold and the 3 percent fee apply.

The program and its new fees take effect this month.

Matt Elenjickal, CEO of fleet management software provider FourKites, says the move could send wrinkles throughout the supply chain, given the size and scope of Walmart’s logistics operations and the changes carriers and shippers will likely institute to combat being hit with the retailer’s new fees.

“There’s a cascading effect that is created,” he says. “Getting drivers and trucks on time to move the products and make sure the product is available on the shelf without a delay” will cause “a big upstream impact,” Elenjickal says.

Shippers and carriers who work for Walmart have been preparing for the change for some time, Elenjickal says. For carriers who haul for the retail giant, Elenjickal recommends using fleet management technology, such as FourKites, to be able to track trucks and loads to know whether shipments meet Walmart’s delivery criteria. 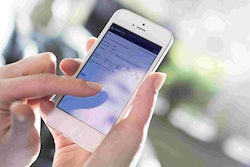 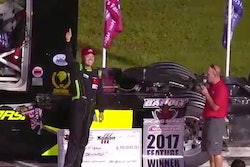