With just days remaining for carriers and drivers to transition from paper logs to electronic logging devices to comply with the federal government’s mandate, adoption of the devices remains well below the 100 percent mark, according to polls conducted in recent days, including a poll by CCJ of its readers.

CCJ’s internal polling is in line with ELD adoption stats reported this week by fleet surveying firm CarrierLists, who reported Monday that 74 percent of respondents to its most recent ELD compliance poll said they have adopted e-logs. CarrierLists also reported an adoption rate of 75 percent for fleets with 100 trucks or fewer.

PrePass’ survey numbers are slightly more dated than CCJ’s and CarrierLists, and PrePass is a supplier of an ELD product.

The noncompliance stats were more pronounced for owner-operators, with just 28 percent of owner-operator respondents to PrePass’ online poll saying they were using an ELD. 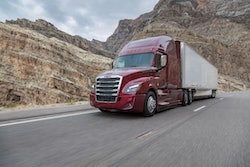