Transportation Secretary Elaine Chao on Wednesday announced the U.S. DOT is seeking public input on policies to hasten the deployment of self-driving trucks, buses and passenger cars, including vehicles that require no human input to operate.

In three separate notices to be filed in the Federal Register in the coming weeks by various agencies within the DOT, regulators intend to glean input from developers of automated vehicles, end users, the public and other stakeholders to produce what Chao dubbed the Federal Automated Vehicle Policy 3.0.

“Autonomous vehicle technologies will have a tremendous impact on society in terms of safety, mobility and security,” Chao said in an address at the Consumer Electronics Show on Wednesday in Las Vegas. “Policy makers need to preserve the creativity and innovation that is part of the American tradition and allow innovation to flourish.”

The Department is also seemingly coining a new term and acronym for self-driving tech — Automated Driving Systems, or ADS, as it’s referred to frequently in agency documents.

One prong of three notices seeks to identify existing vehicle regulations that could impede testing and commercialization of driverless vehicles. The National Highway Traffic Safety Administration will issue this notice, saying in its request that it “is is primarily concerned with vehicles that do not have the means for human driving, e.g., a steering wheel and brake and accelerator pedals,” though the agency is also seeking input on semi-autonomous vehicles that do require human interaction.

Comments on this notice, says NHTSA, will be used to shape regulations or exemptions from existing regulations regarding occupant safety (given that riders may no longer be positioned in a driving position), as well as updated regulations for mirror positioning, on-vehicle signals like brakelights and other factors surrounding development of “unique configurations,” NHTSA’s notice says.

NHTSA’s request for comment also will seek input on how manufacturers of automated vehicle technology can certify that their systems meet safety thresholds. “Many [Federal Motor Vehicle Safety Standards] contain test procedures that are based on the assumed presence of a human driver, and will therefore likely need to be amended to accommodate vehicles that cannot be driven by humans,” the notice states.

“NHTSA seeks comments on the research that would be needed to determine how to amend the FMVSS in order to remove such barriers, while retaining those existing safety requirements that will be needed and appropriate for those vehicles,” the agency says in its summary of the solicitation.

Another prong, issued by the Federal Highway Administration, seeks to determine what is needed from an infrastructure standpoint to help support the testing and use of automated vehicles. FHWA is looking for feedback on roadway needs, such as lane markings, signage and signals, as well as the so-called digital infrastructure needed to enable vehicle-to-infrastructure communication. The agency is also seeking feedback on cybersecurity concerns, states’ and localities’ concerns about investment and necessary research for infrastructure needs relative to deployment of autonomous vehicles.

The last prong of the requests for comment deals exclusively with the automation of public transportation, such as buses and transit systems.

Read the full notices from NHTSA and FHWA and the questions they pose at the links below.

Once the comment periods for each officially open, CCJ will publish links to file formal comments. 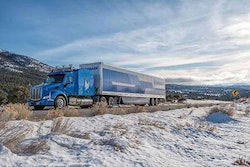 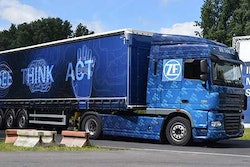 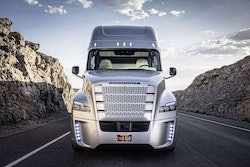