This week the Environmental Protection Agency (EPA) said it would roll back Corporate Average Fuel Economy (CAFE) standards designed to ramp up the efficiency of cars and light trucks.

When the Obama administration implemented these new standards in 2012, automakers were tasked with improving the average fuel efficiency of their vehicles to nearly 55 miles per gallon by 2025 – an improvement almost double the average fuel economy of model year 2012 vehicles.

I’ve never owned a vehicle that gets more than 20 miles per gallon without a strong tailwind or long downhill run, but that is a reflection of my taste for pickup trucks shaped like bricks and sports cars shaped like missiles – each equipped with the highest horsepower and de facto lowest MPG engine the dealer could legally sell me.

The EPA’s decision to at least revisit CAFE rules sets the agency up for a fight with the State of California and as many as 13 states whose clean air requirements could be affected by the EPA’s move.

Truckers are long familiar with the love/hate relationship between the EPA and California thanks to those holographic door stickers, but what the EPA’s move on CAFE means for trucking remains to be seen.

The EPA has already shelved new aerodynamic standards aimed at trailers and appears on the brink of repealing emission standards for glider kits.

Despite all that and an impassioned speech on how his tax cuts would benefit carriers, Trump’s inaction on the Hours of Service front – particularly as the April 1 ELD enforcement date passed – has seemingly strained his relationship with trucker voters.

I doubt sweeping emissions change on big trucks, coupled with a tax cut, is going to soothe any drivers who feel imprisoned by an electronic log, especially with diesel prices bouncing around $3 per gallon.

What GHG Phase 2 has asked of trucking pales in comparing to what CAFE demanded from the auto industry. Trucking was in position to clear Phase 2’s first hurdles before implementation began this year, and most trucking OEMs weren’t clamoring for relief.

To the contrary, many auto makers were seeking more flexibility within the CAFE rule itself, citing slow sales of the electric vehicles that were supposed to play a large role in dragging up average MPGs. All the while, rolling out new and more electric models.

The CAFE fight is most assuredly headed to court and it’s hard to foresee the EPA’s willingness – having already made two concessions to GHG Phase 2 – to revisit the rule, especially with truck sales at banner levels and zero pushback from manufacturers and the industry as a whole.

However, trucking would be wise to keep an eye on how the EPA and NHTSA work through this CAFE challenge and understand how the agencies arrive as whatever the new standard will be.

Their decision will almost certainly rely on some level of widespread use of vehicle hybridization and electrification, and those are certainly two tidal waves of technology already building steam for carriers. 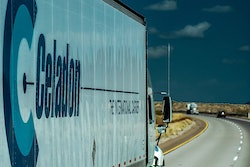