Detention is for unruly high schoolers, not trained professionals

If you’ve never called for a cab, here’s some potentially surprising news: They measure detention by the minute, not the hour. And if the arbitrary number of minutes they have allotted for you to gather your luggage and check out of your hotel expires, they’ll leave without you.

An Uber experience works similarly only you’re left standing curbside while your impatient driver rates you poorly as a customer, making it harder for you get future Uber rides. Once other Uber drivers see that you’re a bad load, they’ll decline the opportunity to haul you.

In the people transporting business, the relationship between driver and their cargo is heavily weighted in the driver’s favor. They set the fare. They set the terms.

If you want a cheaper rate, you can find it yourself while standing on the curb.

The only influence the rider has as cargo is where the carrier is dropping you off.

In the freight industry, historically, it’s been quite the opposite.

Trucking is competitive, which shippers have used as leverage to dictate better terms. Carriers too eager to beat down rates and make concessions have made it harder to establish universally workable terms.

But it’s not like the taxi industry is insulated from competition. In fact, it’s hard to come up with an industry that is as much under siege as the taxi business.

You have the option of using your personal vehicle, having someone pick you up, using an app-based ride sharing service, renting a vehicle, or using a shuttle service or a bus. There are at least six different alternatives to hailing a cab and almost all of them are cheaper or cost-neutral in comparison.

Undaunted, taxi companies have drawn their line in the sand and haven’t backed down.

With rates on the rise and more freight than trucks to move it, now is the perfect time to re-train shipper partners and draw a new and better line in the trucking industry’s sand.

I don’t think it’s unfair to notify even the best shipping customers that now, more so than ever, unplanned unpaid time sitting idle is a no-win proposition for all concerned – and that it ends now.

The biggest hurdle in implementing universal detention pay is that trucking is rarely unified in its beliefs and methods. Even its primary lobbying organizations – ATA and OOIDA – trade barbs at one another and their respective opposing memberships, dragging the industry they claim to support through the crossfire.

However, drivers for the largest publicly-traded carriers and the smallest single-truck owner-operators don’t deserve to have their Hours of Service held hostage by shippers who can’t manage a clock. It’s not more or less fair for one or the other.

Detention is a punishment many of us received far too often in high school. It shouldn’t be an accepted practice in trucking, casually written off as a cost of doing business.

According to research compiled recently by CCJ sister pubs Truckers News and Overdrive, drivers cite “lack of respect” behind “low pay” as the top two reasons they leave employers.

Valuing their time, and compensating them for that time, is certainly an extension of respect.

Implementing a system that pays drivers for the hours they use, especially if a handful of those hours are wasted on a shipper who’s hours behind schedule, takes care of both of those issues.

It shows the drivers you respect their ability to uphold their end of the deal by showing up on time, and it compensates them for the dollars per mile that may now have to spread over multiple unplanned days away from home. 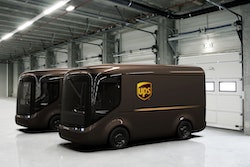 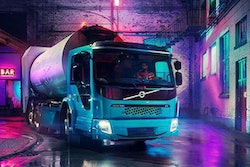 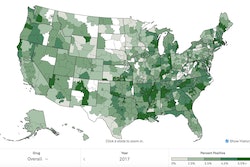