Diesel prices in the U.S. saw an increase during the most recent week for the first time in more than a month, according to the Department of Energy’s weekly report.

The U.S.’ average for a gallon of on-highway diesel is now $3.236 after a 2-cent increase during the week ending July 2. The increase ends a month-long trend of falling prices in June.

The region that saw the highest jump during the last week was the Rocky Mountain region, where prices jumped 3.7 cents.

California’s diesel prices held mostly flat at $3.96 per gallon – the highest in the nation – followed by the West Coast less California region at $3.475 per gallon. 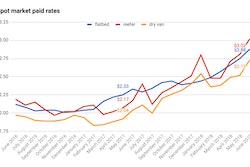 Be wary of heightened cargo theft activity during July 4 period 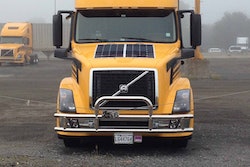