Accelerated economic expansion, productivity constrictions of electronic logging devices, and major weather events threw trucking into unprecedented territory over the last year, sending shockwaves throughout the supply chain and the entire economy. Those conditions will likely remain in place, but rates growth and the capacity crunch will moderate over the next year as the supply chain readjusts to catch up to the new normal.

Those were the chief themes from prominent economists, trucking industry forecasters and executives from major carriers and shippers in a morning of presentations and panel discussions that dissected the freight industry’s past year at the annual FTR Conference in Indianapolis, Indiana.

The last year has been “the most disruptive time we’ve seen in domestic transportation,” says John Janson, who’s worked in the shipping side of the industry for more than 20 years. 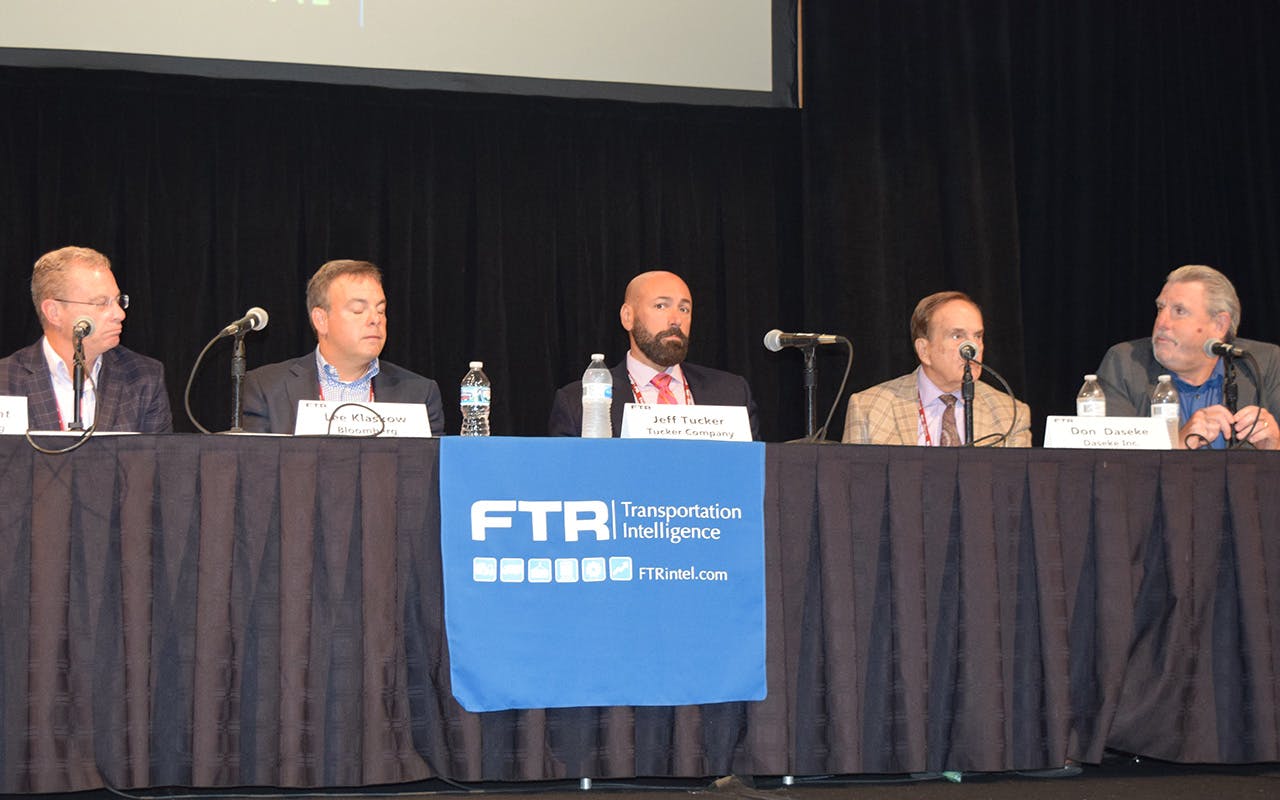 Janson, global logistics director for Sanmar Corporation, spoke on a panel centered on the topic of “a year of upheaval” alongside Thom Albrecht of Celadon Transportation (formerly of Sword and Sea Transport Advisors); Lee Klaskow, a senior analyst of transportation and logistics for Bloomberg; Jeff Tucker, CEO of Tucker Company Worldwide; and Don Daseke, chairman and CEO of flatbed conglomerate Daseke, Inc.

ELDs have turned many former-one-day trips into two-day trips, said Janson, which has increased shipping costs and put a major focus on trailer and driver turn time, he says. “You have to start shaping the company and operations to accommodate,” he said. Rate increases have “put inherent pressure on shippers to say, ‘what can we control?’,” he says, with an emphasis on “[making] ourselves a more desirable customer” to carriers.

“It doesn’t look any brighter for shippers in the upcoming months and years,” he said.

Carriers’ struggles in finding drivers also continue to plague the industry amidst the other upheaval factors. The two carrier representatives on the panel, Albrecht and Daseke, said driver pay is the chief solution to attracting more drivers. “Capitalism works,” says Albrecht. “We’re seeing driver pay raises attract folks.” Pay increases and making good efficient use of drivers’ time will be “permanently baked into how pricing is done” between shippers and carriers going forward, he said.

Daseke, whose roughly 25 fleets run almost exclusively flatbed, says he foresees annual pay for flatbed drivers climbing from the current $60-$65,000 to above $100,000 in five years, due to the limited flatbed capacity and the need for drivers in the segment. The onus will be on shippers to fund that massive pay bump by paying higher rates, he says. “Shippers will have to bear the costs,” he says. “I don’t think that pressure is going to lessen. We try to be more efficient and we urge our shippers to be more efficient, but there’s only so much you can do there. Shippers unfortunately will have to pay the price for us to get drivers.”

Tucker pointed to data showing that the driver shortage seemingly is limited to large carriers, as the smallest of carriers — those with fewer than 20 trucks — have been growing over the past six years and have hired more drivers than their large fleet counterparts.

“While there are areas of trucking that have a chronic shortage — if you’re among the largest carriers you have a driver shortage — [data] illustrates the growth that’s happened in smaller fleets,” he said. “Today’s market allows choices” for drivers, he said, noting that smaller fleets often offer better pay and a better work environment.

Economic growth, rates forecasted to moderate, but remain strong in 2019

Speakers were bullish on the economy’s near-term outlook. 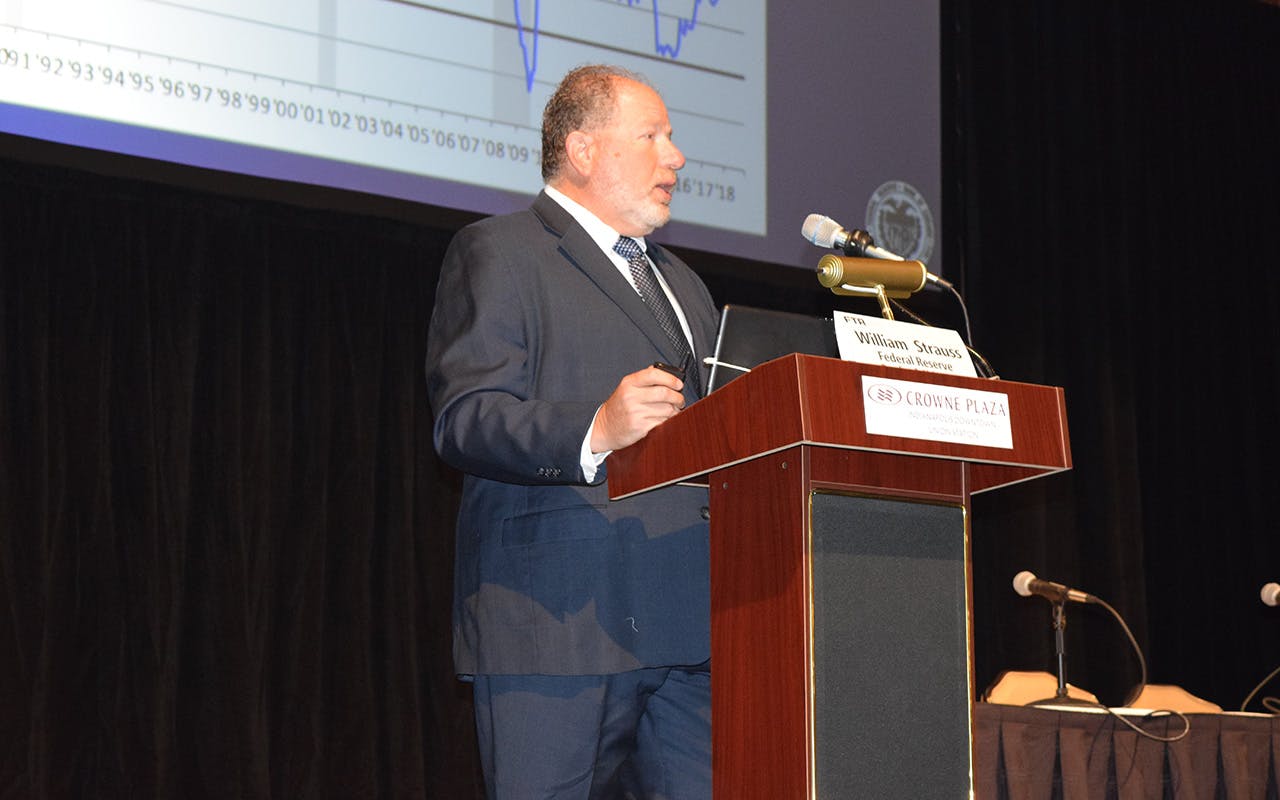 Though the current economic recovery is now in its ninth year (most economic expansions last only about five years), indicators point to continued expansion, said Bill Strauss, an economic advisor for the Federal Reserve Bank’s Chicago branch. He expects growth to continue into next year, saying there’s “a very good possibility” that the expansion will hit a record for consecutive months of economic growth, which would be set in July.

He doesn’t expect the current pace, however, of 3-4 percent annualized growth to sustain. “Going into next year, [the economy] will still continue to do well, but it will moderate to a growth rate just barely over 2 percent,” he predicts. 2017’s tax reform law has “foisted growth,” he said, saying it’s added a “sugar high” to the economy, which will settle down some next year.

Likewise, FTR’s own outlook is for the economy to continue to grow and for trucking to continue to reap rewards. Rates growth has moderated already, says Avery Vise, FTR’s Vice President of Trucking, and he forecasts that trend to continue. Truck availability hasn’t increased, but load availability on the spot market has declined some after it shot upward late last year. “A lot of it is the market finally responding,” he said, with carriers and shippers entering into new contracts that siphon freight away from the spot market. FTR’s Trucking Conditions Index, a measure of a myriad of factors that impact carriers, “will remain very strong,” says Vise. “It will moderate gradually, but even a year from now we’re looking at things being quite strong.”

The industry has likely hit the bottom of the driver shortage, as carriers and shippers are “adjusting to the post-ELD environment with productivity enhancements,” he says. Truck orders have also been historically strong the last 12 months, he noted.

Alternately, should a mild recession hit within the next year, the market will obviously soften, he said, which will cut truck loadings and put downward pressure on rates.

A panel discussion held Wednesday morning noted the ever-increasing attention paid to transportation costs by the most prominent companies in the U.S. 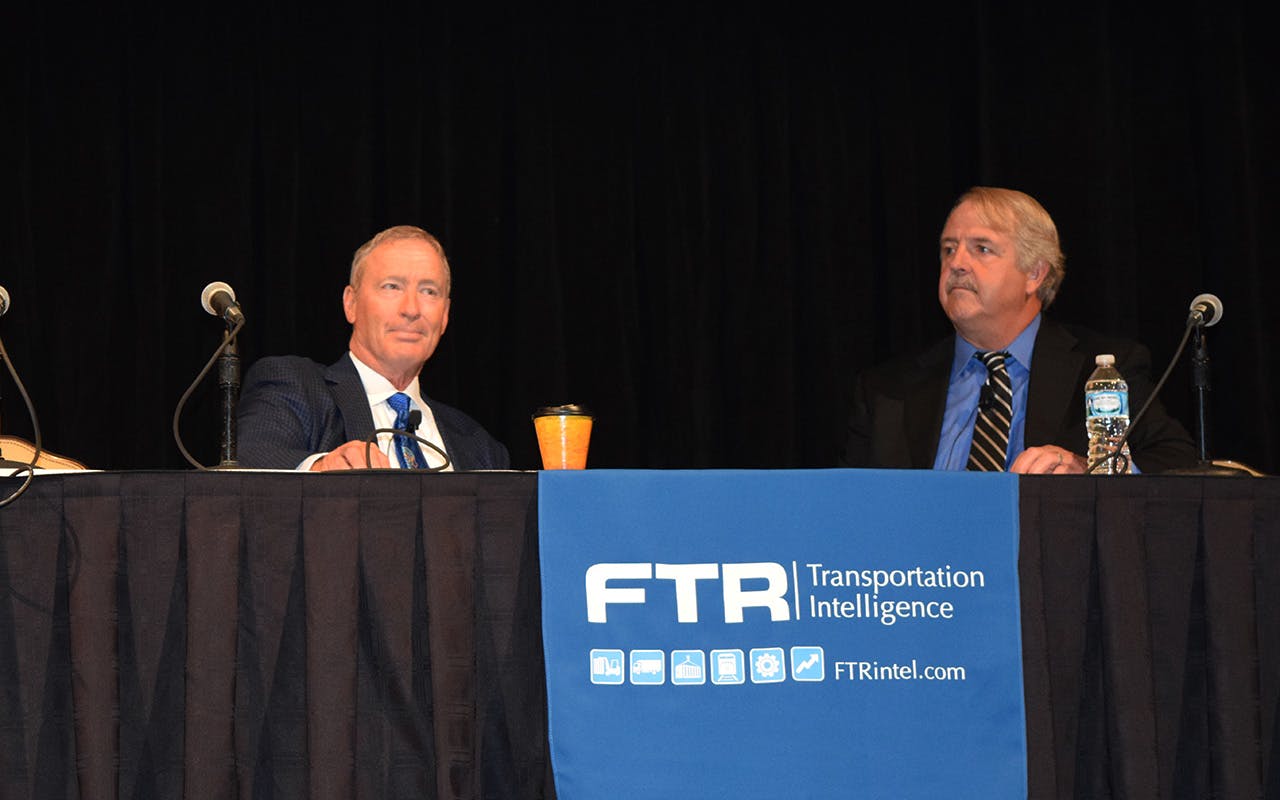 “As of the end of April, 148 of the S&P 500 CEOs cited transportation as having a negative impact on profitability,” said Mike Regan, co-founder of TranzAct Technologies, noting that a colleague noted to him that “the other 352 are in denial” about transportation costs.

“Through the end of May, the Wall Street Journal had 80 articles that dealt with how transportation and supply chain issues are affecting company profitability,” he said. “When I hear of CEOs at John Deere or General Mills or Tyson Foods — the list goes on and on — talk about transportation, I assure you it is on their radar screens.”

Bruce Ridley of major shipper Packaging Corp. of America said he thought his company was “headed for a tropical storm,” relative to changes in logistics and shipping costs for 2018. Rather, they and other shippers were hit with “a perfect storm,” he said. His company has put an emphasis on building relationships with carriers as a means to control their shipping costs and head off the impacts that the record-tight capacity and rates have wrought on shippers. 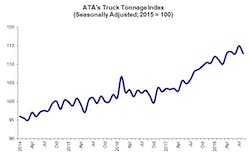