Increasingly, the trends in transportation technology are being driven by e-commerce and the “Amazon Effect.”

Transportation companies are investing in new IT systems to fulfill orders with compressed lead times and higher service requirements.

AFN Logistics, a Chicago-based 3PL that specializes in supply chain fulfillment for major retailers, is using technology to thrive in the pressure chamber of e-commerce. One of its customers sells electronics and home appliances nationwide with two-day home deliveries.

“We ship all the freight for that program,” says Rachal Snider, AFN’s vice president of customer supply chain. For this customer, AFN has a lead time of six hours to finalize daily routes for orders going to residential locations in multi-stop loads.

AFN Logistics shares real-time visibility of its shipments with customers using a platform from FourKites that automatically captures shipment locations from the carriers dispatched on its loads.

“We try to streamline automation and increase speed for ensuring the whole process is flawless,” she says.

AFN gives FourKites a list of carriers it does business with. FourKites works directly with the carriers to share live tracking data with the platform from driver smartphones, onboard telematics systems and electronic logging devices (ELDs).

In addition to having real-time shipment visibility, AFN Logistics has proprietary tools for sharing available capacity. Its customers use an interactive map on its website to find additional capacity in their lanes.

“Everyone is striving to find trucks,” she says. “As a 3PL, we are the bridge between shippers that need dedicated capacity and carriers that can provide exceptional service. We capture capacity by leveraging our relationships that our carrier procurement team has built with best-in-class carriers throughout North America.”

In the near future the company will be using technology to more quickly and effortlessly identify capacity in its network. “We’re working on solutions that will bring automation to that process,” she says.

AFN Logistics, recently acquired by GlobalTranz, has developed other proprietary technology for matching freight in its network with carriers to offer them consistent two-way traffic in preferred lanes, she says.

In the past few years, a number of startup “digital brokerage” firms have developed cloud platforms to connect shippers with carriers. These platforms are primarily used for spot market freight transactions. Given the capacity shortage, along with shorter lead times and higher service needs, shippers generally prefer to secure dedicated capacity for their lanes.

Two years ago, LaneHub developed a cloud-based platform for shippers and carriers to identify opportunities to build dedicated freight lanes.

LaneHub describes its technology as a Collaborative Transportation Network, says Mark Hackl, the company’s founder and chief executive. “We are matching lanes, not loads,” he explains.

Carriers typically use LaneHub as a sales tool to connect with shippers with complimentary freight lanes. The online platform can be useful for smaller carriers, such as those with between 30 and 200 trucks, to get their foot in the door with shippers.

“I think a lot of shippers get bombarded with so many phone calls from brokers and carriers that they start screening calls,” he says.

Prior to founding LaneHub, Hackl worked for large shippers to find efficiencies by collaborating with other shippers to reduce cost and improve service by creating dedicated round-trip lanes for private and common contract carriers.

To use the platform, shippers and carriers upload their lane data from transportation management systems into a template. The platform identifies networking opportunities for users and its social networking features help parties connect and share lane information.

Once shipper and carrier users agree to partner, they can share data at a deeper level in LaneHub. The visibility of lane data may include shipment volume by day of week and equipment types — dry van, reefer, 53-foot trailers with swing doors, lift gates, etc.

Starting in 2017 the amount of interest from shippers in LaneHub has increased significantly due to tight capacity, he says. At present about 100 shippers and 200 fleets are using the subscription-based platform. LaneHub currently processes about 14 million shipments that represent about $15 billion in freight spend in more than 70,000 lanes.

This week, Parade launched a Carrier Relationship Platform for freight brokers that has an artificial intelligence engine to automate the “grunt work” of sourcing capacity from carriers.

Speaking of grunt work, perhaps nothing is more tedious then exchanging emails with carriers about loads and rates.

For example, a carrier email might say “I have a truck going from Dallas to Los Angeles today.” The AI engine would process the information and combine it with the carrier profile and historical lane data to present the most useful information to brokers, he says.

Freed from grunt work, the broker can then focus on negotiating rates and “diving deeper into relationships” with carriers, he says. “Mashing a lot of relationship data with capacity data has empowered our customers.”

The platform communicates with carriers via email to secure capacity by sending out targeted emails at the optimal time of day based on each carrier’s profile.

To date, Parade has announced integrations with TMS systems that brokers use from MercuryGate, McLeod, Transport Pro and TMW. 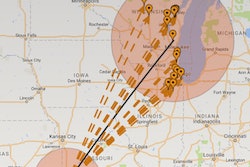 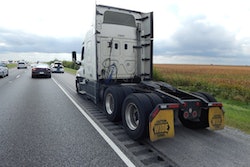 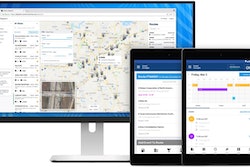