The Teamsters Union, still in its quest to rally unionization among certain LTL carriers, won a small victory this week. Twenty-four drivers out of XPO Logistics‘ (No. 5 in the CCJ Top 250) Cinnamon, N.J., location voted this week to join the union.

Should the election stand, the vote “won’t change the direct working relationship XPO enjoys with more than 45,000 employees across North America,” XPO said in a statement. “The constructive relationship we have with our employees allows us to work directly together to serve our customers and make XPO an even better place to work.”

The Teamsters in recent years have, with mixed results, attempted to union drivers and dock workers working at terminals operated by XPO and Con-way, which was purchased by XPO in 2015.

This year, the union has mostly faced an uphill battle in its efforts, with workers in New Haven, Connecticut; Albany, N.Y.; and Eerie, Pennsylvania; either rejecting Teamsters affiliation or withdrawing votes before the occurred.

However, the Teamsters have been successful in efforts at XPO’s terminal Aurora, Illinois, and at previous Con-way Freight facilities in Miami, Florida; Laredo, Texas; and Vernon, California. Those elections took place in 2015 and 2016. 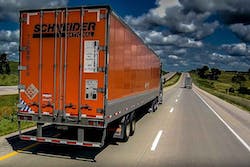 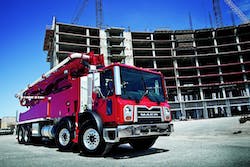 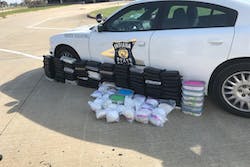