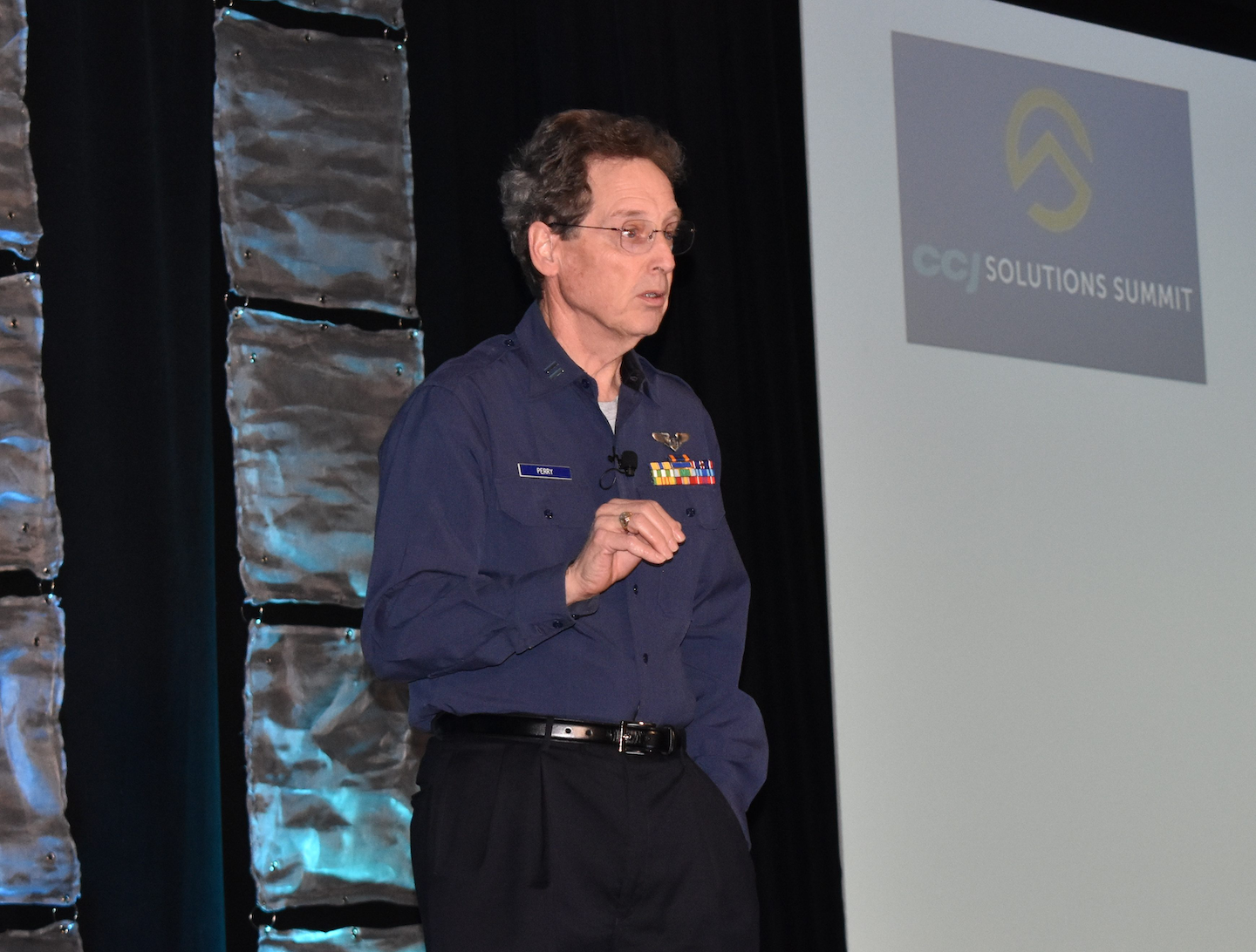 Noël Perry, an economist for Truckstop.com, spoke at CCJ’s Solutions Summit on Monday, warning that the economy could dip into a recession by 2020 and that the industry may be on a “dangerous equipment ordering bubble.”

All good things must come to an end, and the historically fat times trucking has enjoyed recently may be on borrowed time.

“It’s highly likely the economy is going to be weaker in 2019 and 2020 than it is today,” he says, noting its cyclical nature. “Historically, freight tends to get weaker as a recovery matures,” Perry adds, noting the current economic recovery — coming out of the 2008-2009 recession — is the longest on record. “It’s historically stale.”

Perry says he thinks by this time next year there will be serious discussion centered around a recession. “I think 2020 is going to be a bad year,” he says.

Perry says he expects productivity to improve over the next two years thanks to the business-friendly political climate, adding he expects capacity to get “back to normal,” with utilization rates of about 97 percent – roughly back down to where it was a year and a half ago.

“The most likely case is, two years from now, we’ll be back at the capacity utilization level that we were at in 2016 at worst,” he says.

With tight capacity, shippers have changed attitudes toward carriers in order to lock in capacity, but Perry expects carriers will struggle to hold on to much of the rate increases they have initiated this year – possibly clinging to a 4 percent boost.

“The industry will be back to normal prices on the spot market by the end of next year,” he says, noting prices will begin their most aggressive slide by the third quarter and that he expects contract rates to be strong through 2019.

High rates and robust freight have prompted many carriers to add trucks, which Perry says some fleets may struggle to pay for when the market returns to normal by 2020.

“If you look at the historical numbers, you’ll see there’s a well-established historical pattern of cancelations when people figure out ‘maybe I shouldn’t have ordered [trucks] for a future that isn’t as strong,'” he says. “We’re sitting on a very dangerous equipment ordering bubble.”

The U.S. GDP is on pace to close the year around 3.5 percent, having crossed 4 percent in the second quarter. Strong economic growth has led to strong freight growth – and a demand for more drivers – in 2018.

“In addition to freight growth, the other thing that makes us have to hire more drivers are changes in regulation,” Perry says, noting there have been 23 regulatory changes since 2010. “It’s been 20 years since significant changes in regulation that have improved efficiency. Basically, when we change a regulation right now it’s for safety purposes,” which Perry adds equates to fewer hours driven.

“When these rules change, we have to hire more people,” he says.

“The pressure on capacity is much lower than it has been,” Perry says, adding that data suggests the industry is in a period of stabilization. In every segment but reefer, capacity is looser than it was a year ago.

“The marketplace is still strong, but it ain’t as strong as last year,” he adds.

Spot market rates initially zoomed upward after ELD rollout rang in 2018, but they’ve moderated in recent months. Perry notes they are now below where they were last year at this time.

“We are clearly past the peak,” he says. “The market is still strong, its just not as fabulously strong as it was a year ago.”

Contract rates have been climbing and are significantly higher – upwards of 15 percent – than last year. Perry suggests contract rates are beginning to flatten but this year, at a record level, far exceed a historical long-term trend.