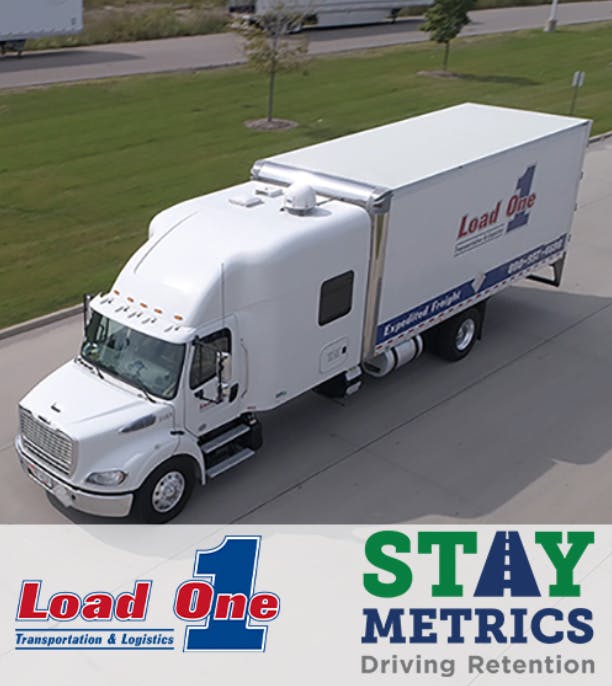 Click on the image to download a copy of the new case study on Load One by Stay Metrics.

Many businesses in the retail and service industries use surveys religiously to gather feedback to improve customer experiences and build loyalty.

For motor carriers, driver surveys have proven to be effective for gaining insights needed to proactively increase job satisfaction and retention.

Load One is one of the largest carriers in the expedite transportation market. In 2012, John Elliott, chief executive officer of the Taylor, Mich.-based company, made a decision to invest in driver retention to sustain growth into the future.

“It just seemed like money better spent and more logical in the long run to retain what you have and grow that way versus constantly pushing to recruit what you don’t know,” Elliot said.

Load One began using the annual Driver Survey from Stay Metrics to gather driver feedback and opinions. It also focused on the experiences of newer drivers using an orientation survey, typically given after one week on the job, and the early driver experience survey, most often taken between 6-8 weeks after orientation.

The data-driven surveys by Stay Metrics led Load One to make numerous changes that ultimately resulted in a decrease of early-stage (first 90 days) turnover from 51.3 percent to 39.4 percent in the first year of the program.

“In many instances, the reasons why drivers leave are based on simple misunderstandings,” Elliott said. “Our experiences show that drivers will open up to surveys administered by a neutral party. We have been able to identify problems early on and improve driver retention.  Showing the driver they have a voice and that a company listens is what drivers want.”

Load One also launched an online Gold Rewards program using a platform from Stay Metrics that allows drivers to earn and redeem points from a myriad of categories that include job performance and tenure. The rewards website also serves as a hub for Load One to share company news and for drivers to access training resources.

Early driver turnover for Load One continued to improve, reaching 36.4 percent in the fifth year of the partnership.

Between September 2016 and September 2018, the company’s trailing 12-month annual turnover dropped to 25.8 percent from 74.3 percent. In contrast, the average annualized turnover of large carriers reported by the American Trucking Associations increased to 98 percent in Q2 2018.

CRST International, one of the largest privately held transportation companies in North America (No. 17 in CCJ’s Top 250 annual ranking of for-hire carriers), has several different mechanisms to obtain feedback from drivers. 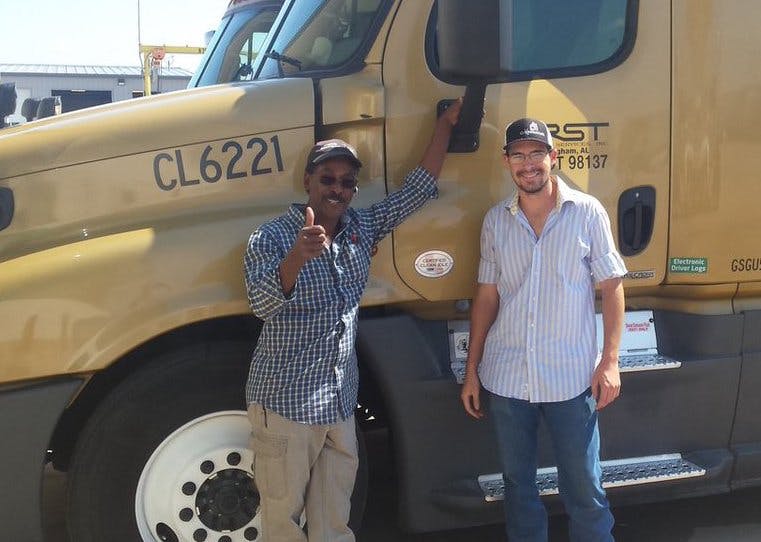 The platform sends drivers automated text messages every week. The text contains a link to a mobile-friendly website. In about 90 seconds, drivers can submit anonymous comments to open-ended questions about their work experience.

“The cool part is we get feedback actively, every day,” says Chris Thomas, CRST director of enterprise marketing — recruiting, who played a role in CRST being recognized as a CCJ Innovator in 2018 for its unique approach for driver recruiting.

WorkHound helps CRST and its other fleet customers craft a weekly broadcast message to discuss the action items the fleet is taking based on driver feedback, says Max Farrell, WorkHound co-founder.

If drivers share something that is tied directly to their own job satisfaction, CRST can text the driver through WorkHound. The sender will ask the driver if he or she is willing to reveal their identity and have a direct conversation with management.

“We have members of leadership who are very active in the platform,” he says. “(Drivers) know their concern is going up to the highest level.”

The “overwhelming majority” of drivers are willing to share their identity upon request, Thomas says. “If we are reaching back out, that is what (drivers) want,” he says.

In the period that WorkHound has been used by Pegasus Transportation, “we have been able to see it really effect change,” he says. “We’ve gotten feedback from drivers for everything like increasing truck speed, repaving the parking lot and refreshing the driver lounge.” 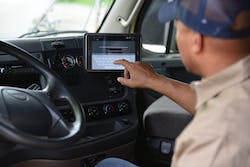 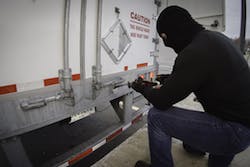