The axle ratio plays a vital role in the amount of fuel burned as the truck hits highway speed, and how much torque is transferred to the pavement.

For example, a truck with a 2.47 axle ratio burns less fuel at-speed than one with a 3.55 ratio because the 2.47 ratio allows the engine to operate at a lower rpm than the 3.55. However, under that scenario, the truck spec’d with the 3.55 rear would provide more torque.

“The lower numeric number would be more towards a fuel economy type of spec and a higher numeric number – like a 3.55 – that would be a more performance oriented spec,” says Mike Garrison, applications engineer at Eaton.

With a 3.55 being a higher numerical number, Garrison says it will put more torque to the tire, allowing for faster acceleration and better performance on hill climbs. However, the tradeoff is burning more fuel through a higher engine speed.

“If you want that high torque you can select a high numerical axle ratio, but you’re going to sacrifice fuel economy by running the engine at a much higher rpm,” Kwasniewski says.

“Generally, if you have a higher numeric axle ratio – like a 3.55 – you’re going to have better startability and gradeability by getting the engine rpm up,” adds Dana Director of Product Planning Steve Slesinski, “but at highway speed, you really want to slow the engine revs down so you’re not wasting energy or fuel.”

A typical commercial tire turns about 520 revolutions per mile. In its most simplistic form, the truck’s axle ratio is the number of revolutions it will take the driveshaft to spin the wheel once. Different axle ratios change the number of teeth in the pinion, which is connected to the driveshaft, and the ring gear attached to the wheel end drive through the axle differential.

“By alternating the number of gear teeth on each those two gears, that’s how we achieve the different ratios in the axle,” Slesinski says.

“Now we’ve got more teeth on the pinion and less teeth on the gear, creating a faster axle ratio,” Slesinski says. “Taller gears, and faster ratios, and lower ratios all tend to mean the same thing. We’re going to a ratio that’s lower in numeric value, which would essentially move the vehicle faster so that for every revolution of the drive shaft, you’re going to get more revolutions of the tire.”

Operations that spend a lot of time on the Interstate running consistent speeds tend to be most drawn lower numeric ratios but transmission type – direct drive or overdrive – engine rating, desired road speed and tire size can all dictate which axle ratios work best.

Across 40k tandem rear applications, axle ratio choices generally range between 2.26 to 6.50, but Slesinski notes the higher range is generally reserved for vocational lower-speed segments. For on-highway linehaul, the range tightens to a fuel friendly 2.26 through 3.42 for the most common ratios.

“For on-highway, direct drive, it starts all the way down at 2.26 and up to 3.08 or larger,” Garrison says. “Getting into the mid- and upper-threes is starting to get more unusual these days.” 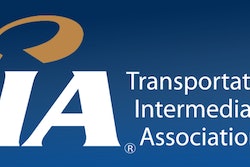 Fuel prices tick up for first time since October