When Daimler Trucks announced in January plans shelve its truck platooning program, I think it took a lot of industry-types by surprise.

In reassessing its work on truck platooning – a practice the company has tested for several years and many thousand miles in the U.S – the German truck maker said test results have shown that fuel savings even in perfect platooning conditions are less than expected, adding those savings further diminish when the platoon disconnects and the trucks must accelerate to reconnect.

I’ve long felt like a successful platoon is hindered by two major problems that largely are out of its control: 1) It relies heavily on the cooperation of the motoring public, which is something truckers don’t receive with regularity. Looping and swooping a semi is practically an Olympic trial on many highways. And 2) There’s not enough incentive for the guy in front to be in front. That is, of course, assuming the trucks aren’t operated by the same company.

I wasn’t among those surprised by the news, but Peloton CEO Josh Switkes was.

Peloton, among the leaders and innovators in this space, has done a lot of work with platooning and Switkes says he disagrees with Daimler Truck & Bus boss Martin Daum, who said there currently was “no business case” for truck platooning in the U.S.

“In our initial operations with very large customers, we have seen excellent fuel savings, high utilization and a perfect safety record,” he says. “Over the last five years, as we have developed platooning to commercial readiness, we have found that to get the benefits our customers seek, the system must combine the right functionalities around Vehicle-to-Vehicle (V2V) communication, cloud supervision and coordination and the right driver experience.”

Peloton has patented many of these functionalities and, Switkes says, has found them critical to an effective solution for the industry.

That’s all well and good and important but following distance is mandated by the states and all the V2V communication in the world is only going to let the trucks get as close as the law allows. Work there, Switkes says, is ongoing.

During the past several years of development, he says Peloton has been able to engage with state regulators to update following distance laws to allow for platooning trucks, which follow at a shorter distance than currently allowed in many states.

“Since 2016, 18 states have amended or clarified their traffic laws to allow for full commercial platooning on highways,” Switkes says. “An additional eight states currently allow limited commercial deployment or testing of platooning technologies. These regulatory advances have come together with the completion of our development to allow fleets to start seeing the very concrete benefits of platooning on their fuel and crash expenses.”

Switkes says Peloton now has years of experience platooning on various highways at various gaps and has found that the frequency of cut-ins is dependent on the gap between the trucks.

“At the 40-60 foot gap of our system, cut-ins do occur, but are rare on a typical highway,” he adds. “While a large amount of our safety work has revolved around cut-ins, we do not find that cut-ins materially impact the overall amount of platooning that the fleet sees.”

That last statement was a surprise. Depending on the amount of traffic and its intelligence level, even using an adaptive cruise control system over a long stretch can be a challenge.

“We also have several aspects of our system functionality to make sure the driver can comfortably react to the cut-in with minimal impact to fuel economy,” Switkes adds.

Switkes also says Peloton has not seen widespread concern from lead platoon drivers that may not reap the same benefits as trailing units.

“The lead truck does receive significant fuel savings. That driver also has the benefit of the enhanced teamwork of platooning, facilitated by the direct voice communication with the follow driver,” he says.

Achieving the gaps that result in low rates of cut-ins and good fuel economy improvement requires ordering the trucks based on their assessed braking ability. This means, Switkes says, that the trucks cannot swap order.

“But while we have heard this concern from certain people in the industry, it has never been an issue in real operation,” he adds.

I’ll concede that maybe my second concern isn’t among the items keeping platooning from taking off, but there’s still the issue of closing the gap. With barely 50 percent of U.S. being considered any level of platoon-friendly, a lot of work lies ahead.

I certainly wouldn’t count truck platooning out as a viable technology and practice, but it’s going to take a lot more cooperation and flexibility from state lawmakers to close the following gap. Even as that work continues, Switkes says there certainly exists a business case currently for truck platoons in the U.S.

“The benefit of platooning is here now, is very concrete, and a lot of fleets are excited about this immediate and profound impact to their operations,” he says. “Many of our customers buy Freightliners as part of their fleet, so we know directly of many major Freightliner customers that are excited about platooning, and the fuel savings and safety improvement possible with it.” 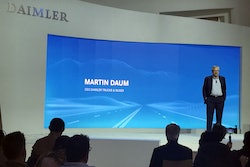 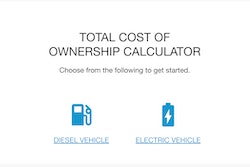 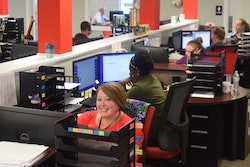