Lawmakers in Alabama and Arkansas have passed legislation that will increase fuel taxes in both states.

Alabama’s fuel tax increase applies to both diesel and gasoline. The first increase will take effect on Aug. 31 this year with a 6 cents-per-gallon increase. It will also increase by 2 cents on Oct. 1, 2020 and on Oct. 1, 2021. The increases will bring the state’s diesel tax to 29 cents for diesel and 28 cents for gasoline.

Following the 10-cent increase over the next three years, the law ties the state’s fuel tax to the Federal Highway Administration’s National Highway Construction Cost Index, which could adjust fuel taxes in Alabama by no more than one cent every other year.

An Ohio Senate committee last week cleared legislation to raise per-gallon taxes on diesel and gasoline 6 cents a gallon, which would put total state taxes at 34 cents for both diesel and gas. That 6-cent increase is only a third of the 18-cent increase requested by Ohio Gov. Mike DeWine and well less than the 20-cent-per-mile increase for diesel proposed in the state’s House.

“Ohio is  kind of in a crisis right now from a funding standpoint,” says Balzer. The state has tried to “stretch its dollars,” he said, “but it’s time to take a look at how we fund future revenues. What we have said is, if you are going to increase fees, our preference would be fuel taxes…because we can recoup some of these costs through fuel surcharges.”

OTA also prefers fuel taxes to other funding mechanisms, says Balzer, because there’s an amendment in the Ohio state constitution that requires fuel taxes to be spent on road and bridge projects.

However, two owner-operators testified before an Ohio Senate panel last week in opposition of the fuel tax hike.

Scott Reed and Todd Campbell, two independents both based in Ohio, rged lawmakers in the Ohio Senate to hold fuel tax rates at their current 28-cent per-gallon level.

Reed says he and Campbell did an informal survey of carriers in the state, calling more than 240 of them total. Of those, 91 percent “came back against” a fuel tax increase, says Reed. They phoned carriers ranging in size from one truck to upwards of 100, they said.

Though they mostly oppose any increase in fuel taxes, “we could live with a 10-cent increase,” says Campbell. A larger increase, such as the 20-cent option offered by the Ohio House, “would be devastating to small business owners” in the state, said Reed. 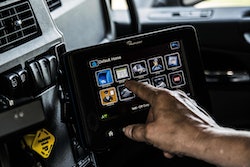 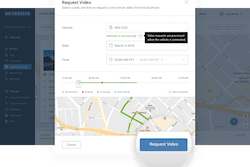