The U.S. Supreme Court has elected not to hear an appeal from the California Trucking Association against Julie Su, commissioner of the California Department of Labor Relations, in a lawsuit over how the state determines whether a truck driver is a company employee or an independent contractor.

CTA’s lawsuit sought to have the courts declare that the 1994 Federal Aviation Administration Authorization Act (aka FAAA or F4A) pre-empts the state’s so-called Borello test, which the state had been using to determine whether a driver was a company employee or an independent contractor in cases involving questions  about drivers’ classification.

CTA argued the Borello test, also known as the common law test, undermined the F4A’s statute that state laws on transportation shouldn’t interfere with “prices, routes and services” of motor carriers. However, lower courts rejected that argument. In March of last year, a U.S. District Court in southern California sided with the labor commission’s use of the Borello test. Likewise, the Ninth Circuit Court of Appeals, who heard the California Trucking Association’s appeal to the district court ruling, again ruled against CTA in September. The group then appealed the ruling to the U.S. Supreme Court, who this month said it will not hear the case, leaving in place the Ninth Circuit ruling.

However, in the time that the California Trucking Association’s lawsuit against Su has made its way through courts, the California Supreme Court ruled that an even stricter test, the so-called ABC test, should be used to determine a driver’s employment classification. The ABC test, established by the Dynamex v. Superior Court ruling last April, hasn’t yet been enforced by the California Labor Commission as the standard used by the state, meaning it had little bearing on CTA’s case against the Borello standard, according to court documents.

Established as a court precedent, however, the Dynamex ruling has been credited with upending the traditional owner-operator lease model in the state, pressing carriers to find work-arounds, such as converting leased owner-operators to independents and brokering loads to them. 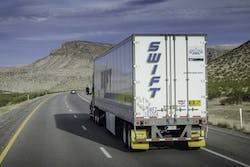 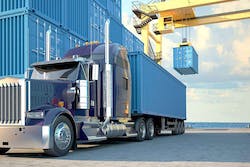 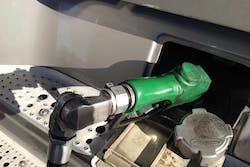 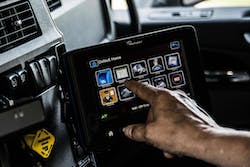