The per-gallon tax on diesel fuel in Ohio will climb 19 cents in July, after the state’s legislature recently finalized a bill to increase the gasoline and diesel taxes and Ohio Gov. Mike DeWine signed the bill into law.

The Ohio Trucking Association advocated for the fuel tax increase over funding mechanisms like tolling, vehicle mileage taxes and increased registration fees. Tom Balzar, head of OTA, said that the Ohio Constitution requires fuel tax revenue to be spent on roads and bridges, unlike other funding methods. “That was really our big push,” he says. “We don’t want any weird revenue streams popping up. The industry would not be in good position to recoup those costs.”

The group preferred an earlier iteration of the plan, however, which would have phased in the diesel tax increase over the next two years, rather than boosting it abruptly in July. “This ended up being the best deal we could get,” he said.

The per-gallon state tax on diesel in Ohio will now be 47 cents a gallon.

Former owner-operator and current independent dispatcher Scott Reed, based in Ohio, testified before the Senate last month in opposition of a diesel tax hike. He said this week, however, that the diesel tax increase was likely “the lesser of two evils,” as the state also floated plans to toll major highways in the state, such as I-70 and I-75, among others, in lieu of a diesel tax increase. 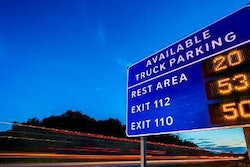 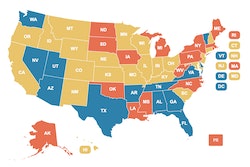