The National Highway Traffic Safety Administration estimates that when 2018 driving fatality numbers are finalized later this year, fatalities in accidents involving at least one large truck will see a 3% increase over 2017’s numbers.

A preliminary report from NHTSA indicates that, overall, traffic fatalities declined in 2018 from 2017, despite the uptick in fatalities in truck-involved crashes. The number of traffic fatalities dipped 1 percent, even with a four-tenths of a percent increase (12.2 billion miles) in miles traveled. If NHTSA’s estimates hold true, 2018 will be the second consecutive year to see a decrease in traffic fatalities following two years of large increases in 2015 and 2016. 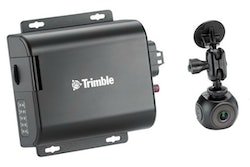