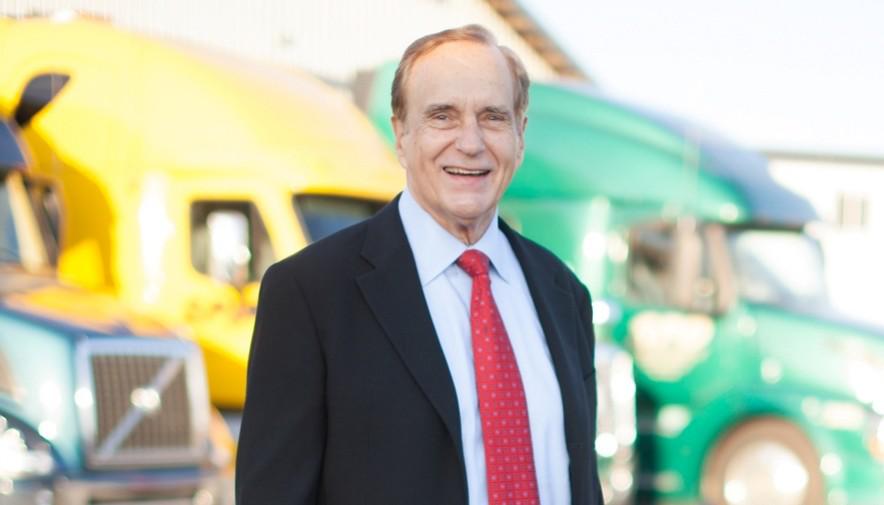 Daseke, Inc. (No. 23 in the CCJ Top 250), a flatbed and specialized conglomerate out of Addison, Texas., announced Thursday that its founder and CEO, Don Daseke, will retire from his role as the company’s CEO and chairman, effective immediately.

Chris Easter, the company’s current chief operating officer, will take over as interim CEO while the Daseke board searches for a permanent replacement. Brian Bonner has been appointed as a the company’s chairman.

“Don has been an inspirational force for Daseke since its inception and has led the company with vision and integrity throughout his tenure,” said Bonner. “We thank Don for his leadership, under which we proudly became the largest flatbed and specialized carrier in North America. “We are all in alignment to position Daseke for future success and drive long-term value for our shareholders.”

Daseke will remain a member of the board and will retain the title of chairman emeritus. Daseke, 79, founded the company in 2008, and Daseke, Inc., has acquired more than a dozen flatbed and specialized carriers since, growing the company to more than 6,000 trucks and roughly the same number of drivers. The company surpassed the $1 billion revenue mark last year.

“I am incredibly proud of what we have built over the last decade,” Daseke said. “I am leaving the company in the hands of a very strong and deep leadership team across the organization. Investing in people has always been my guiding principle and we have invested in this team, which makes me very confident that they will help Daseke achieve its full potential.”