In Portland, Ore., on Thursday, Oct. 24, a roomful of fleet personnel heard a Federal Motor Carrier Safety Administration official dismiss any chance of the agency extending the compliance deadline for the electronic logging device rule past Dec. 16, 2019.

In Dec. 2017, the agency granted carriers an extension for ELD compliance to April 2018, at which time carriers and drivers would be placed out of service if they did not use approved logging devices that met the Automatic Onboard Recording Device (AOBRD) or the new ELD spec.

On Dec. 16, 2019, any carriers that use an AOBRD or non-ELD compliant logging software will be placed out of service (OOS). The violation will be treated the same as failure to have a record of duty status, he said, which carries a ten-hour OOS penalty.

“Everyone has to be prepared,” said Joe DeLorenzo, director of the FMCSA office of enforcement at the EROAD user conference. EROAD is a provider of ELD software and other technology for fleet management and compliance. “It is not going to get extended again past December.”

Since the agency implemented its ELD rule in Dec. 2017, DeLorenzo noted that hours-of-service violations have been reduced by half but the number of citations for false logs have remained the same. He credited electronic logs for making it easier for officers to discern false logs.

Another positive impact from the ELD rule is that roadside inspections have been more efficient. Rather than review driver logbooks on devices, officers are using the agency’s electronic Record of Duty Status (eRODS) software. More than 500,000 transfers of log data have been made from logging devices to the eRODS system after it was deployed a “couple years ago,” he said. Most of the transfers have happened in the last six months.

The FMCSA runs between 40,000 and 45,000 successful log transfers a month, he said, at a 95% success rate. The transfer process is “better for everybody,” he said, since the software reduces a typical 45-minute roadside inspection by five to 10 minutes.

“I think we are going to see efficiency gains and make the process smoother for everybody,” he said.

The safety impact from ELDs is not yet known. “Safety statistics are something we are really watching closely,” he said. While fatality rates for truck-involved crashes have increased since 2018, “we need to get past the last implementation date [Dec. 2019] to see what type of effect they’ve had.”

DeLorenzo also addressed the ambiguity in the ELD rule about “yard moves.” Drivers can use this duty status to preserve their drive time by logging such events as “on duty, not driving.” The FMCSA doesn’t explicitly define a yard move, he said, because “you really don’t want us to…because then it becomes too restrictive.”

The point of a yard move “to get from one place or another in the yard,” he said. “Don’t overcomplicate it. Think about it in practical terms. You get to define what a yard is, so it really makes it easy because you can see it and defend it.”

DeLorenzo also cleared up some ambiguity surrounding personal conveyance (PC). He noted that the words “personal conveyance” do not exist in the hours-of-service rules. The ELD rule uses the terms “authorized personal use” to denote when a vehicle is used by a driver in an off-duty status.

Improper use of personal conveyance is the number one area of abuse for hours-of-service rules, he said. Many of the violations given by officers during roadside inspections are for false logbook records concerning the use of PC.

Some of the carriers that spoke with CCJ during the EROAD user conference stressed the importance of requiring drivers to get permission by fleet management to use PC in advance. The fleets only grant permission to drivers to use PC in rare circumstances, they said. One fleet mentioned that its insurance provider does not cover liability during PC moves.

To use personal conveyance, drivers have to establish they are off duty and not furthering their load or acting in the direction of their motor carrier for “any particular business-related purpose,” DeLorenzo said. To avoid a false log violation, when a driver uses a tractor for a personal trip, drivers must annotate their logbook record to state the purpose for the trip. The annotation is sent through a log transfer to eRODS.

“Officers really don’t like inconsistencies,” he said. “If you are using PC, make sure drivers understand it. Drivers are going to be getting lots of questions they need to explain.”

As for the status of the FMCSA’s proposed hours-of-service rule, which would give drivers more flexibility, the agency is currently reviewing about 8,000 comments it has received. The agency is placing “a big focus” on data provided in the comments, he said.

DeLorenzo said the FMCSA “has a strong desire to get it done quickly. The [Trump] administration is really anxious to move forward with it.”

“In a lot of people’s view, it seems to take a long time, but from a government rulemaking perspective this is moving really, really quickly,” he said, and stressed the fact that “there seems to generally be positive comments on what we proposed.”

Another question addressed by DeLorenzo was the agriculture exemption to the hours-of-service rules. Under the exemption, the FMCSA does not require motor carriers that transport agricultural commodities to keep a record-of-duty status within a 150-mile operational radius.

The agency issued an Advance Notice of Proposed Rulemaking (ANPRM) to gather information about what commodities to include or exclude from its exemption, he said.

“We are trying to find a way to make it easy on everyone. What it comes down to is who is eligible to take advantage of that 150-mile exemption? I don’t think we would go backwards in any way,” he said. “I couldn’t imagine a scenario where that got more restrictive.”

The CDL Drug and Alcohol Clearinghouse will go live on Jan. 6, 2020. The database will show motor carriers any CDL drivers that have previously failed federal drug and alcohol testing.

“I do worry that this is going to get lost in the shuffle at end of the year,” he said. “The most important thing for everyone to remember is if you are going to hire a driver, make sure you are set up.”

Driver applicants have to consent to a carrier doing a check in the clearinghouse. Both the motor carrier and driver will need to have accounts set up in advance. Registration for carriers and drivers will be available within the next few weeks, he said, at clearinghouse.fmcsa.dot.gov.

As part of the job application process for drivers, motor carriers should ask drivers if they have set up their account in the clearinghouse. A motor carrier cannot legally hire a driver that does not have an account, he said.

There is no cost to drivers to register for the clearinghouse, but motor carriers will be charged $1.25 for each query. They can buy queries in group packages.

Motor carriers will need to continue to verify three years of previous employment history on drivers, but three years from now this requirement can be completed by using the Clearinghouse, he said. 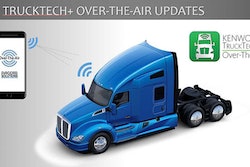 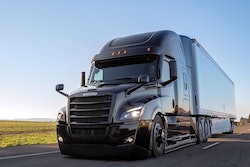 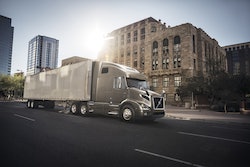 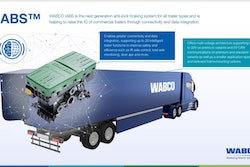