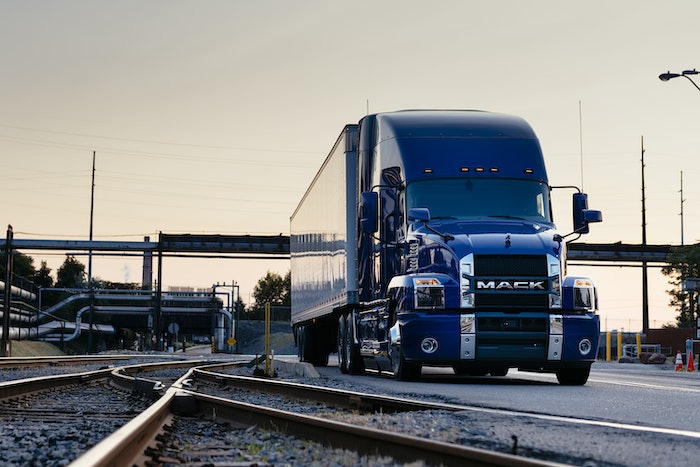 Mack Trucks, Tuesday at the Technology and Maintenance Council Annual Meeting in Atlanta, announced the coming availability of an optional electrically assisted hydraulic steering system for its on-highway Anthem model.

Mack Command Steer adds an electric motor to the existing hydraulic steering system to reduce manual steering input from driver by up to 85%, which Mack Highway Product Manager Stu Russoli said improves driver productivity and comfort by reducing driver fatigue and muscle strain by up to 30%.

“It’s basically an electric motor … but it has an ECU on it,” he said of the system.

Multiple sensors throughout the truck monitor road conditions and driver inputs and relay those observations more than 2,000 times per second, enabling Mack Command Steer to offer a variable level of steering assist based on the driving situation and need.

“It’s looking at the ECU for road speed and the steering gear for the torque on the steering wheel and the inputs of the road,” Russoli said, adding the system can “learn” and compensate for a road crown, for example, based on a persistent pull in that direction from the driver.

The system’s electric motor then applies additional torque as needed to the steering, making it easier to keep the truck on-path.

Russoli said the additional torque – or steering force – provided by Mack Command Steer means drivers no longer have to “fight the wheel” while driving on poor roads or in difficult weather. In more normal driving situations, Mack Command Steer helps suppress road input from potholes and surface irregularities, “smoothing the steering feedback and reducing the possibility of steering wheel kicks,” Russoli said. The system, he added, offers a tighter feel as the truck speeds up but a more loose feel at low speeds and in reverse.

A return to zero feature automatically returns the steering wheel to the center position, a feature Russoli said helps simplify tight maneuvers in forward or reverse. The system should be available to order in June.

Also Tuesday, Mack said its Anthem day cab models have been SmartWay certified by the U.S. Environmental Protection Agency (EPA). To achieve SmartWay certification, Mack Anthem day cab models must be spec’d with a host of options that include roof fairings and side shields, chassis fairings and an aerodynamic bumper. Low rolling resistance SmartWay-certified tires are also required. All SmartWay-certified Mack Anthem models feature a SmartWay logo on the doorjamb. 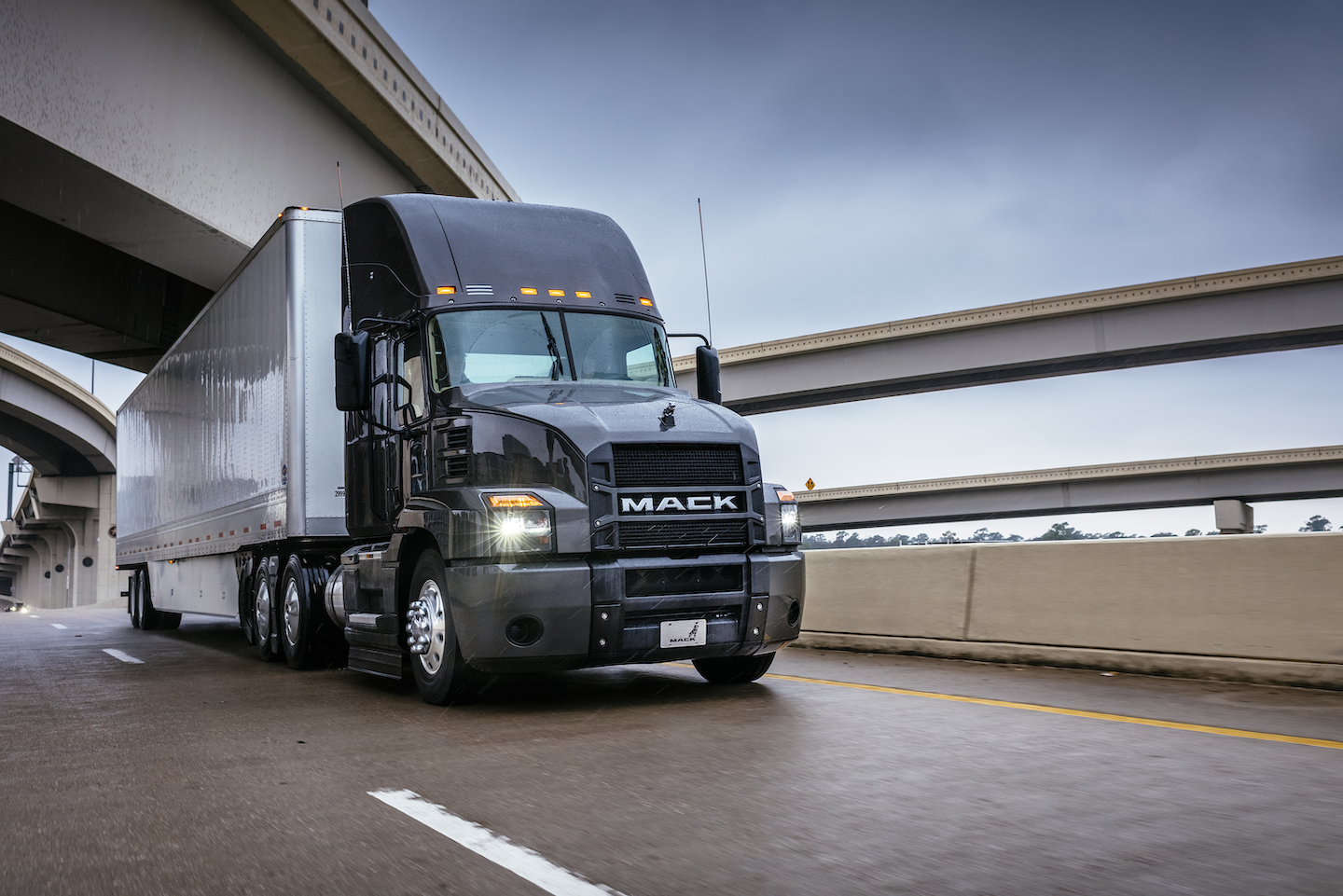