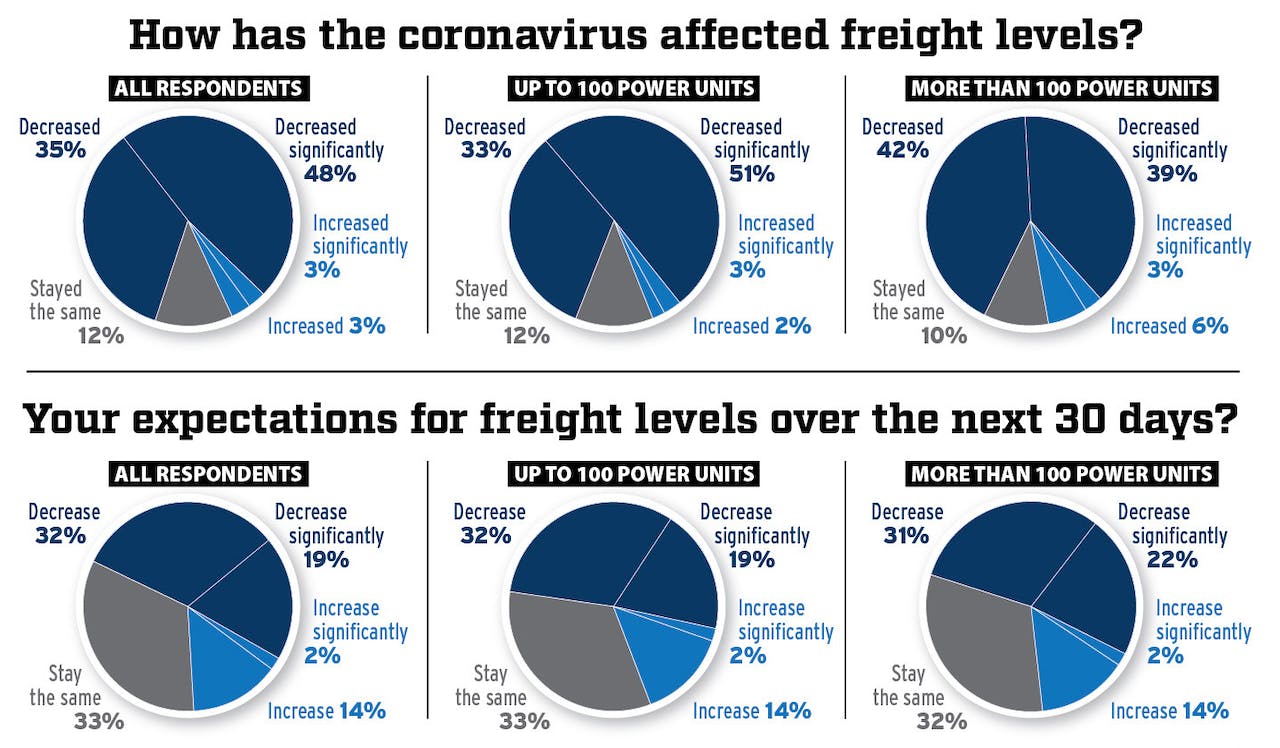 Last week, nearly half of carriers (48%) reported that freight levels had “decreased significantly.” Another 35% said freight has decreased. Those numbers paint a much different picture than the survey results from the last week of March, when 22% of carriers reported a decrease in freight and an additional 19% reported a significant decrease.

Trucking conditions continue to deteriorate industry-wide, but pockets of the United States are feeling the squeeze more than others.

More than one-third of fleets based in the Eastern U.S., responding to a weekly CCJ survey that measures the coronavirus’ impact on motor carriers, ranked last week’s business conditions as their worst week ever. New England carriers were hit particularly hard by an ill-timed holiday weekend, with 40% of fleets representing Connecticut, Maine, Massachusetts, New Hampshire, Rhode Island and Vermont scoring last week as their worst.

“Last week was Easter, but I think people being at home with no extra cash to buy things has caught up with us,” wrote a for-hire carrier with up to 50 trucks.

Out of the West South Central region – Arkansas, Louisiana, Oklahoma and Texas – only 13% of respondents scored the week ending April 18 as their worst ever, and the group posted an average score of 4.29 for last week – with a score of 1 being the worst week ever and 10 being the best. Another 6% of carriers in those states scored last week with a 9 or 10. A vein of optimism also runs through this region as 6% of respondents expect this week to rank a 9 or 10. 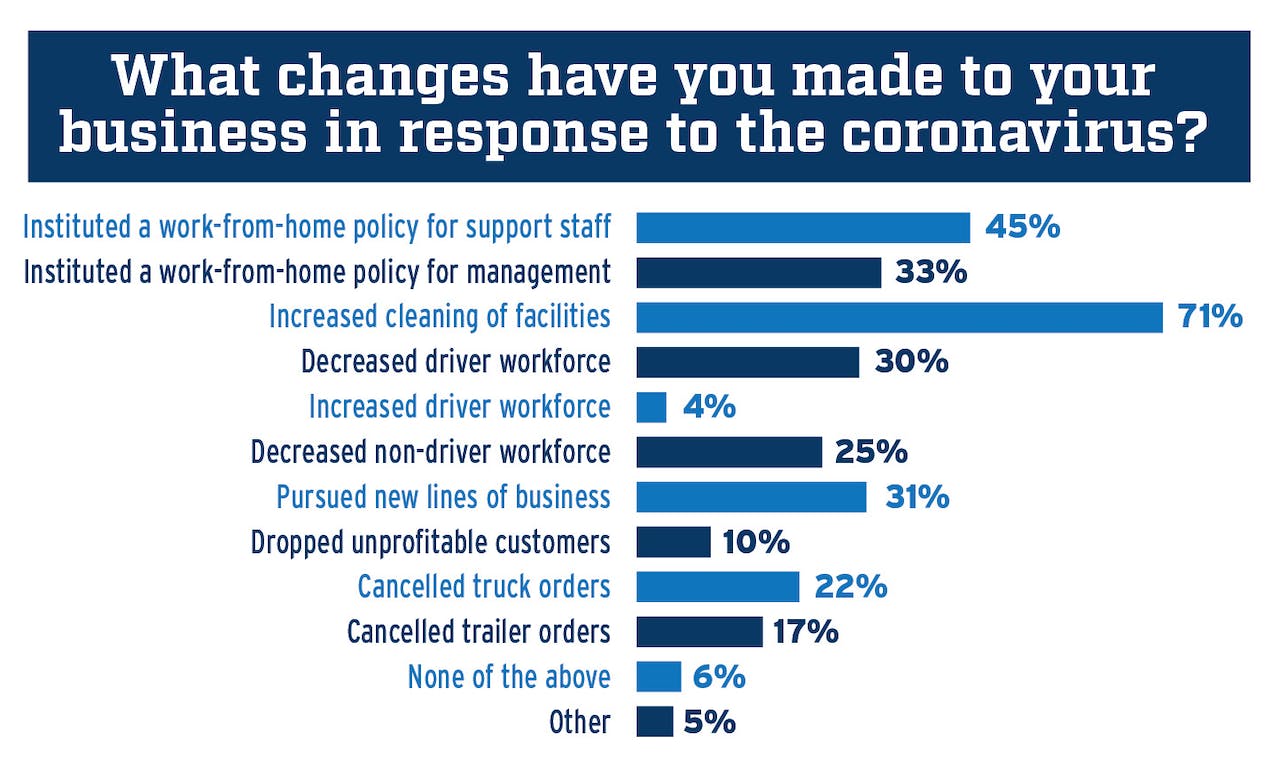 CCJ is conducting a weekly survey of carriers on how the coronavirus outbreak is impacting their business. These results are based on 263 fleet respondents, ranging in size from fleets with 10 trucks to more than 1,000.

Carriers in New England had the highest hopes for this week, scoring it a 4.8.

The overall number of carriers ranking last week as their worst ever jumped 8%, and the week ending April 18 hit smaller carriers twice as hard as it did fleets with more than 100 trucks. The fleet outlook for this week has flatlined somewhat, dropping less than .07 points.

On the employment front, job losses in trucking continue to leak upward as carriers reported cutting driving and non-driving jobs last week by 6%.

“I am worried about getting workers off of unemployment and back into the work force,” wrote a for-hire carrier with up to 50 trucks.

The number of surveyed carriers reporting a drop in cargo has increased in each of CCJ‘s four weekly surveys, and results for the week ending April 18 remained on-trend. Last week, 83% of respondents said coronavirus was directly responsible for a decrease in their freight volume, an increase of 11% over the week before. Only 6% of respondents reported an increase, down 5% from a week earlier.

“The past 7 to 10 days has been the biggest falloff,” wrote one respondent.

“The grocery restock has been fulfilled and due to the stay at home rules, shippers that do not produce relief supplies are closed,” added a for-hire carrier with up to 50 trucks. “Not enough freight to go around now, thus lower rates.”

Suppressed rates have been a consistent theme over the course of CCJ‘s weekly surveys, but as formerly dedicated carriers now cross over into various segments in search loads, last week saw more rate-centric comments than any week prior. 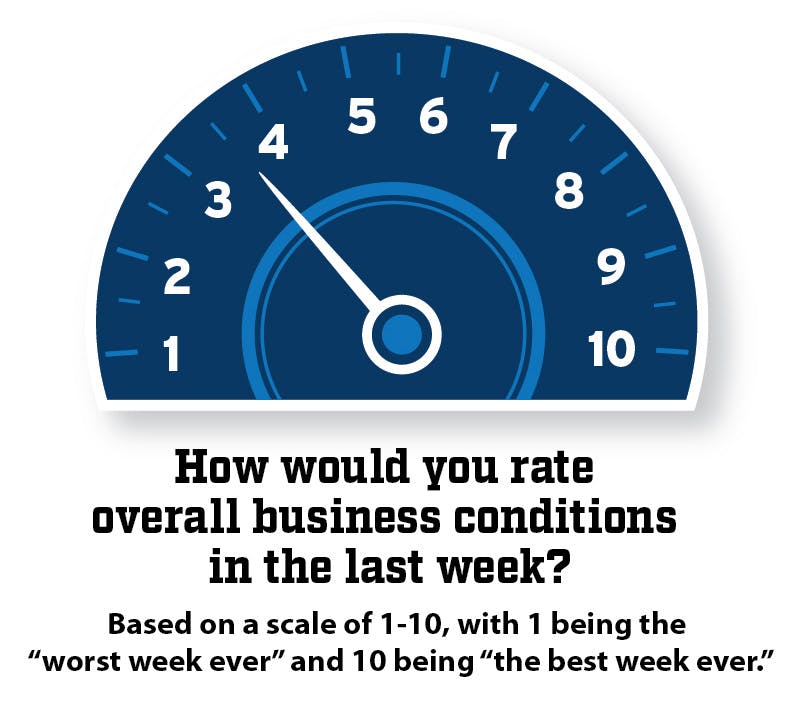 A for-hire flat-bedder with up to 500 units wrote that brokerage and spot rates were “substantially lower than we’ve seen in the past few years. Customer relationships are the lifeblood that keeps us moving.”

Tim Denoyer, ACT Research’s vice president and senior analyst said COVID-19 is adding a new level of pricing pressure “due to the sharp decline in load volumes into an already overcapacitized market.”

Despite bad news that seems to compound weekly, the 30 day outlook has begun to inch upward as many states cobble together plans for a grand re-opening of their economies. The number of carriers expecting to see load volumes increase in the next 30 days (16%) inched upward 1% while the number expecting a decrease (51%) slid 9% versus the week before. The number of carriers expecting freight levels to remain the same through mid-May (33%) climbed 7%.

“I don’t see the freight market coming back rapidly,” penned a for-hire carrier with up to 50 power units. “I believe even when they allow non-essential companies to return to work, there will be a delay of about a week or two before freight picks up. It will take time for these companies to assess demands for their customers.” 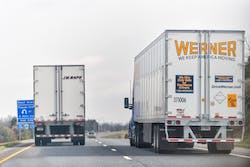 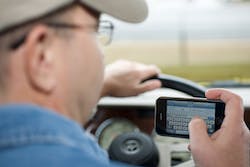 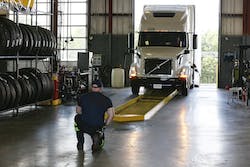