Omnitracs has asked the court to enforce protections of Omnitracs’ patents.

Anne Davis, Platform Science’s director of marketing, said the company is aware of the complaint but that it would not comment on the allegations.

Omnitracs in its lawsuit says it “finds ‘[itself] competing for the same customers against the very technologies they invented and patented.”

Platform Science was founded in 2014 by Jack Kennedy after he left Omnitracs, where he served as president of the business unit when it was owned by Qualcomm. Today, much of Platform’s leadership consists of former Omnitracs employees who were senior managers and technical support staff.

Omnitracs has been issued approximately 200 patents by the U.S. Patent and Trademark Office.

Other fleets that use Platform Science include Mesilla Valley Transportation and Werner.

Recently, Platform Science announced that Daimler Truck AG has made an investment in the company to help its mutual fleet customers by offering built-in telematics hardware that works with Platform Science software on authorized mobile devices.

Diesel prices tick up for first time since early January
The U.S.’ average price for a gallon of on-highway diesel increased for the first time since the beginning of the year during the week ending May 26, according to the Department of Energy’s weekly report.

The most expensive fuel can be found in California at $3.182 per gallon, followed by the Central Atlantic region at $2.666 per gallon.

First quarter cargo theft volumes up, values down
Cargo theft activity was higher year-over-year in the first quarter of 2020 despite a drop in theft values, according to data gathered from police reports and insurance companies by cargo theft recording firm SensiGuard.

Miscellaneous items were the most commonly stolen cargo, accounting for 29% of the total during the quarter. Miscellaneous thefts were mostly made up of mixed loads, which typically hold a variety of cargo for mixed retail stores, SensiGuard says. Food and drinks were in the second spot in the quarter, making up 15% of total thefts.

Theft of full truckload as the most common theft type at 62% of all reported thefts. The increase, SensiGuard says, is due to a decrease in the pilferage rate, which was 6% lower than the first quarter of 2019.

California continues to be the most stolen from state, the firm reports, with 19% of the total in the U.S. The state was led by thefts of electronics and food and drinks. California was followed by Texas (12% of total thefts), Illinois (12%), Florida (11%) and Georgia (8%).

The system, developed in partnership with Nokē, uses Nokē’s smart-locking hardware, dual-layered encryption keys and and controlled from Konexial’s My20 software. The system can lock, unlock, track and control all lock access from anywhere.

The system is available in two forms: HD Padlock and Lock Block. The HD Padlock is made of hardened steel and is made to withstand tough environments and extreme weather conditions. The Lock Block is a heavy-duty, steel housing that offers additional protection for the HD Padlock to provide an extreme-security, tamper-resistant, keyless locking system. 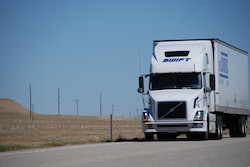 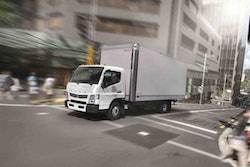