Nikola vying to give birth to green tech, eyes cabover resurgence in U.S.

If a company can have a date-of-birth, June 4 will be Nikola Corporation‘s.

Founded in 2014 by serial entrepreneur Trevor Milton in Salt Lake City, the now Phoenix-area based truck-maker will make its debut on the Nasdaq stock exchange Thursday – following its successful reverse merger earlier this week with with VectoIQ Acquisition Corp. – with Milton, now the 38-year-old head of a public company worth more than $11 billion, ringing the closing bell.

Quite a journey for a company, and a man, that has yet to actually sell a truck. Nikola has more than 14,000 reservations for its tractors – or about seven times more than the last verified figure for Tesla’s fully electric, and twice delayed, Semi. 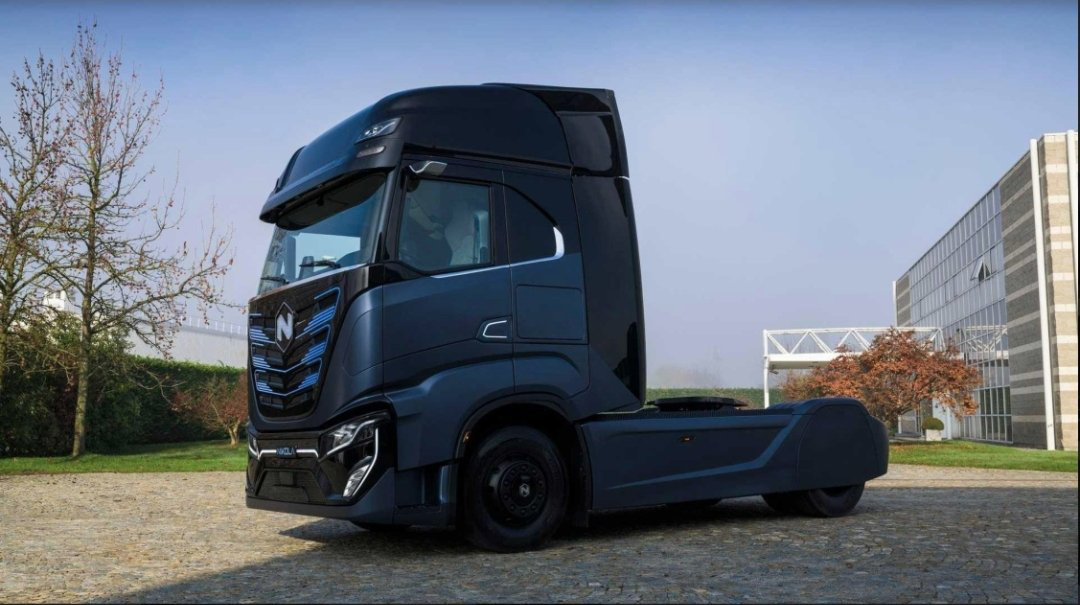 Nikola could be ushering in a resurgence of the cabover truck.

With North American production of its units still at least two years away, Nikola will miss out on the weakest appetite for new trucks in more than a generation. Heavy truck orders for April and May combined to reach barely 10,000 units. Coming off 2019’s peak, ACT President and Senior Analyst Kenny Vieth said he expects North American Class 8 heavy commercial vehicle production to fall an “eye-watering” 66% this year.

The number of trucks currently on order, Milton said, represents more than $10 billion in potential revenue to his company. Nikola will make its money – around $1 million in revenue per truck, Milton estimates – from fleets and owner-operators who use the company’s seven-year, 700,000-mile full-service lease option – which includes the truck itself, fuel and maintenance – for a bundled cost of around a dollar per mile.

The company’s list of partners and allies include Iveco, Bosch and Anheuser Busch. Within the next year, Milton expects trucks to start rolling off the Iveco-manned assembly line in Ulm, Germany. Some of those trucks will be imported to the States while the company completes construction on its Phoenix-area plant.

Last week, Nikola and Ryder System announced the termination of their more than three-year-long exclusive partnership on Nikola’s forthcoming hydrogen electric semis, leaving Thompson Machinery as Nikola’s lone sales and service network. However, Milton said he expects that to soon change as Nikola forges new agreements, which will include dealerships that already sell and service commercial trucks.

Nikola is wading into a zero-emission equipment segment that is expected to explode. Green transportation non-profit CALSTART expects the number of available and announced models of zero-emission trucks, buses and off-road equipment in the U.S. and Canada to rise nearly 78% by the end of this year compared to year-end 2019, and forecasts that figure will more than double by 2023. By the end of 2020, the agency expects there to be 169 different zero-emission medium- and heavy-duty vehicle models in commercial production compared to 95 models in 2019. That figure is expected to increase to 195 models by 2023.

Data from the Zero-Emission Technology Inventory (ZETI) zero-emission commercial models across nearly all vehicle types currently demonstrate driving range capabilities commensurate with user needs, and that longer ranges will arrive in the next two-to-three years.

Nikola’s hydrogen electric models boast ranges of up to 750 miles.

“In the coming two-to-three years, we expect to see a growing number of zero-emission medium- and heavy-duty trucks in the 200-mile or greater range, with a few extra long-distance models greater than 600 miles by 2023,” said Ben Mandel, CALSTART’s Northeast Regional Director who leads the ZETI team.

Nikola is intentionally bringing greener transportation into the limelight, but that could bring with it an unintended consequence: ushering in a resurgence of the cabover truck stateside. The company’s Tre model will be made available in North America and Milton said orders for the cabover are already piling up, even if they did come in by surprise.

“When we originally launched (Tre), we didn’t make it exclusive to Europe,” he said. “It was available to order for anyone who wanted one… but we didn’t expect that much interest in it.” After seeing the volume of U.S. orders for a truck the company intended to debut 5,000 miles away, Milton said he reached out to fleets to understand why. “They wanted the tighter turning radius. They needed something that could get into these tight urban spaces.”

Nikola expects to have its battery electric truck available next year, followed by its hydrogen electric models the next year, or possibly 2023.

From a powertrain perspective the two models are practically identical, however, Milton said the battery truck moved to the front of the line because the support infrastructure – namely charging capabilities – are more mature, allowing the company to deploy those units while it works to build out its own hydrogen fueling infrastructure. Nikola Corporation on Wednesday signed a purchase order with Nel ASA for 85-megawatt alkaline electrolyzers supporting five of the world’s first eight ton per-day hydrogen fueling stations. Together, these electrolyzers may produce over 40,000 kgs of hydrogen each day.

With unemployment at Depression Era levels; a global pandemic that placed most of us under house arrest for three months; racial equality conversations taking place at volumes not widely seen in more than 50 years; and a new trucking OEM entering the ring with a public listing during the worst global economy in decades, 2020 has been a hell of a year. Happy birthday, Nikola.