California Air Resources Board (CARB) is expected to pass its latest truck emissions restrictions, the Low NOx Heavy-Duty Omnibus Regulations, following a hearing this Thursday, despite outcries from industry critics claiming the set of proposed rules are too costly, illegal and that there’s no evidence that the rules will actually improve air quality.

CARB reports that its latest regulations will provide health benefits in smog-affected areas of the state by slashing nitrogen oxides (NOx) 75% over the next four years, and following the expected action Thursday, opponents will be left with little choice but to challenge the policies in court following what they say were fruitless attempts at negotiation. Such opponents include the American Trucking Associations, the Truck and Engine Manufacturers Association and the Truck Dealers Alliance of California, among a long list of others.

As currently written, starting in 2024, CARB’s Omnibus Regulations will require heavy-duty diesel and gasoline engines sold in California to emit no more than .05 grams of NOx per brake horsepower hour (g/BHP-hr.), a 75% drop from the current limit of .20 grams.

However, NOx reduction is only part of the picture. In comments recently submitted to CARB, the Truck and Engine Manufacturers Association (EMA, the ‘T’ is omitted in the acronym) reports that the board’s legislative ambitions have “expanded considerably” and go “well beyond” its original 2027 goal of reducing NOx by 90%.

EMA goes on to say that CARB’s latest proposed trucking regulations are “cost-prohibitive, infeasible, unenforceable, and illegal, and, as confirmed by independent expert analyses, fall well short of any reasonable cost benefit metrics. CARB has grossly underestimated the costs associated with nearly all aspects of the proposed far-reaching Omnibus Regulations, and has materially overestimated their potential benefits.”

EMA says the new regs are illegal because “they violate the requirements for adopting valid administrative regulations (including under the California Administrative Procedures Act), but also because they directly violate the controlling lead time provisions of the federal Clean Air Act.”

The Clean Air Act requires new heavy-duty on-highway standards aimed at emissions to provide four years of lead-time prior to enforcement. CARB’s Omnibus Regulations currently provide only two years of lead-time for 2024 model-year requirements which according to EMA would disqualify the agency from receiving a waiver of federal preemption.

EMA’s concerns are shared by the newly formed Truck Dealers Alliance of California (TDAC) and the American Trucking Associations (ATA). Both groups, like EMA, would like to see CARB take a more collaborative approach with industry stakeholders, including the U.S. Environmental Protection Agency, to produce a single, nationwide set of standards that do not require unique California-only engines, which place additional costs on manufacturers, dealers and carriers alike.

“Our overall request to the board is to refocus its efforts on a collaborative national approach targeting 2027,” said Mike Tunnell, ATA’s director of environmental affairs and research. “I think many of the industry stakeholders are aligned with that.”

A single nationwide approach will save time and money, Tunnell added.

“It just puts everybody on a level playing field. That’s the main thing you want to have,” Tunnell said. “You don’t want to carve it up and say, ‘Well, this state has this standard.’ And plus the manufacturers will have only one product to make. As of now, if this were to go through, they’ll have to have two different products and that is just adding to the expense. They’ll have two different certifications. You can go down the line. It’s just duplicative and adds to the cost of equipment.”

Like EMA and TDAC, ATA also believes the Omnibus Regulations will compel businesses to seek relief outside California.

“We feel that this state-only approach isn’t going to do what CARB wants it to do,” Tunnell said. “People’s abilities to buy trucks doesn’t rest just in California. You will still have trucks coming into California that don’t meet the standards so really it will just hurt businesses that are in the state – either truck dealerships or fleets that can only buy in-state while the rest of the world continues on. We think the only way to address this is through a national program that is working through the U.S. EPA and giving the manufacturers the lead-time they need to deploy this technology by the 2027 date.”

CARB’s bigger push for tougher emissions standards led to the recent formation of TDAC. Interim Director Matt Schrap, president of Los Angeles-based California Fleet Solutions, said the American Truck Dealers, a division of the National Automobile Dealers Association, sent out an email recently to its members informing them of TDAC and its efforts to challenge CARB’s Omnibus Rules.

Schrap said in addition to creating greater demand for used trucks, service visits under the proposed rule set are expected to rise.

“The only thing that they (CARB) admitted to dealers was that we would likely see increased service work because customers would be holding onto equipment longer,” Schrap said. “That defeats the purpose of what they’re trying to accomplish here and doesn’t do anything to lend business certainty to dealerships in California who are again caught in the middle of whether or not the ARB is actually going to be able to do this legally, and at the same time it sends a message that there really is very little business consideration for companies operating in California when it comes to the latest suite of regulatory issues that are heading at us. ARB is really taking a new aggressive approach.”

Schrap said TDAC will appeal to California Gov. Gavin Newsom in a letter this week.

“It basically points to the need for a single, nationwide engine standard,” he said. “It’s a very simple ask. There isn’t anything beyond, even a delay of the adoption of the rule which is inevitable.”

But at this point, Schrap said, a legal response from stakeholders seems likely.

“That’s the only path ARB has made available to anybody anymore,” he said. “If you’re not with them, you’re against them. And how you get that message through is basically, unfortunately these days, through litigation. This is a clear, clear exceedance of their authority as it exists today. They need the waiver and they’re acting like they already have it.”

NOx, according to CARB, is a “precursor to smog, which can cause or exacerbate numerous respiratory and other health ailments and is also associated with premature death.”

By lowering NOx, CARB believes it will “protect communities most impacted by air pollution.”

The only problem, EMA claims, is that CARB has yet “to demonstrate that its proposed Low-NOx Regulations will be effective at reducing ozone levels in the South Coast Air Basin (SoCAB)” a roughly 6,600 square mile area that includes Los Angeles, Orange, Riverside and San Bernardino counties.

Determined to get more data, EMA hired Denmark-based engineering consulting group Ramboll Group to study levels of ozone, or smog, in central Los Angeles during the coronavirus, which because of shelter-in-place directives saw a sharp drop in vehicular traffic and, according to Ramboll, saw a subsequent 20% drop in NOx levels.

But a drop in NOx doesn’t always equate to a reduction in smog. According to the U.S. EPA, reductions of NOx emissions can actually increase smog in localized areas “depending on the local quantities of NOx, VOC (volatile organic compounds), and ozone catalysts such as the OH (hydroxyl) and HO2 (hydroperoxyl) radicals.”

So, would less NOx in downtown L.A. equate to less smog? Not according to Ramboll’s findings.

“Ramboll’s supplemental analysis confirms that ozone levels in the SoCAB are, at best, currently unresponsive even to significant 20% reductions in ambient NOx levels, reductions that are well beyond those that could be achieved through implementation of the proposed Low-NOx Regulations,” EMA writes in its comments submitted to CARB.

“Ramboll’s analysis and findings confirm that the proposed Low-NOx Regulations likely will not be effective in reducing ozone levels in the SoCAB,” EMA continues. “Just as important, CARB has done nothing to establish any different conclusion. The complete lack of evidence of the actual efficacy of CARB’s proposed Low-NOx Regulations is another factor establishing their invalidity.” 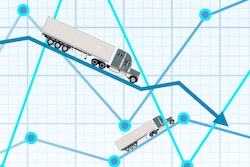 Commentary: Don’t fear the recovery — Here are 9 tips to guide your fleet through whatever shape it takes 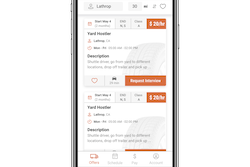