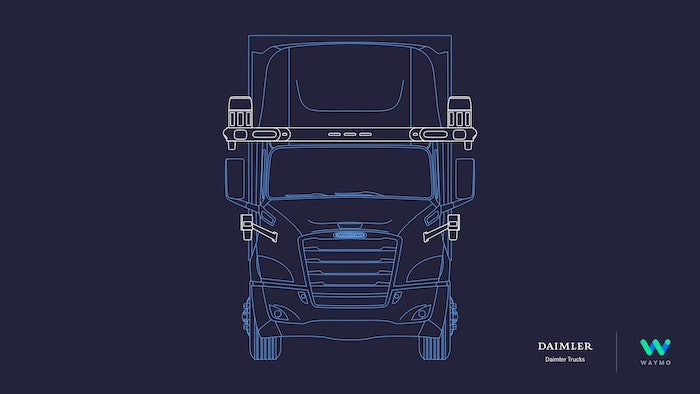 Considered “high automation,” Level 4 is the first autonomous driving level at which the vehicle itself can intervene in the event of a system failure and does not require human intervention in most circumstances. Humans still have the option to override functions manually.

Under the terms of the partnership, Waymo will integrate its driving technology with Freightliner’s Cascadia to enable autonomous driving. Freightliner – who with the 2020 Cascadia became first trucking OEM with a Level 2 autonomous driving-enabled truck –  expects its autonomous Cascadia, equipped with the Waymo Driver platform, to be available to customers in the U.S. “in the coming years.” The companies plan to investigate expansion into other markets and brands “in the near future.”

There are 4 million miles of public roads in the U.S. and Waymo’s technology has logged more than 20 million miles on public roads in 25 U.S. cities, and 15 billion miles in simulation. Waymo earlier this month deployed a fully driverless Waymo Driver to users of its self-driving ride hailing service, Waymo One, in the Phoenix area. The company said 5-10% of its rides this year have been fully driverless for “an exclusive group of early riders.”

“Turns out there are a lot of synergies in driving in the city and driving big trucks,” said Waymo CEO John Krafcik.

The truck project initially will focus on highway driving, but Krafcik said there are plans “to unlock a full suite of driving capabilities.” Initial testing will take place in the Southwest in Arizona, Texas and California – the same footprint of Waymo’s passenger car project – “but we’re going to be across the country … with the Waymo Driver,” Krafcik added.

Martin Daum, Chairman of the Board of Management of Daimler Truck AG and Member of the Board of Management of Daimler AG, noted that in recent years, his company has made “significant progress on our global roadmap to bringing series-produced highly automated trucks to the road,” adding that “with our strategic partnership with Waymo as the leader in autonomous driving, we are taking another important step towards that goal.”