Almost five years following its initial launch, International Trucks plans to refresh and beef up its HX Series as part of its ongoing search for marketshare in the construction segment.

Available in either set-forward (HX520) or set-back (HX620) front-axle models, the severe-duty HX was International’s first new vehicle since 2010 when it debuted in 2016 and now becomes the first truck launched under Navistar’s 4.0 strategy and its Project Compass initiative, a program that focuses on flexible, modular designs that streamline the customer experience and deliver improved support and service.

The new 120-inch-BBC HX Series features a redesigned and more rugged high-strength steel cab that includes a three-piece crack-resistant hood engineered for front-forward visibility. The extreme-duty cab – similar to the cab on the company’s on-highway LT Series – is structurally reinforced in key locations, including the floor, b-pillar and cab mounts in sleeper applications. The cab is protected by ChemGuard anti-corrosives, LineX and International’s own top-coat process, making it nearly impenetrable to salt.

All marker lights have been replaced with LEDs for better nighttime visibility and safety while reducing repair frequency.

While more ruggedized than prior generations, the new extreme-duty cab gets improvements in driver safety, comfort and productivity. The overall cab size has been increased and, with a focus on comfort, now features best-in-class HVAC and larger power windows that also improve visibility.

Available are 56-inch high- or short-roof sleepers and a 73-inch-high roof.

The new HX Series can be spec’d with dual steering gears and advanced anti-lock brake systems that result in better turning, maneuverability, traction and control. The HX620 comes standard with the International A26 engine with up to 500 horsepower and rear-mount PTO capability.

The HX Series continues to offer a high-strength 12.5-by-0.5-inch single rail frame option delivering 3.5M RBM, meaning it is capable of withstanding even the heaviest loads.

International also includes a huck-bolted frame and crossmembers on the chassis that minimize movement. For the rare occasions a driver gets stuck, a front tow pin option is rated up to 150,000 pounds.

A wide range of factory-fit steerable lift axles also are offered for the new HX Series, enabling the option for all controls to be placed in the dashboard’s wing panel for improved ergonomics and quality appearance.

In its transition to a newer model, International will drop the 115-inch-BBC option from the HX Series. Stasell said customers drawn to a shorter BBC and lighter-weight engines, such as the Cummins L9, likely would find the International HV Series a better fit for their vocation.

International has integrated its programmable and customizable Diamond Logic electrical system into the new HX Series. The system operates directly from the dash and decreases body installation labor and increases uptime and safety.

The new HX Series is supported through International’s real-time remote diagnostics system, OnCommand Connection, providing fleets with visibility into fleet health and making it easier to manage maintenance and repair. The technology allows International and its service network to predict parts needs so that dealers have inventory on shelves where and when it’s needed.

The new HX Series also is backed by International 360, a service communications and fleet management platform that makes it easier to seamlessly communicate with International’s service network for fleets of all makes.

Production of the reimagined HX Series kicks off in mid-January. 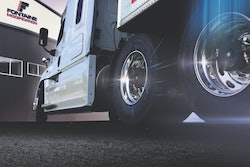 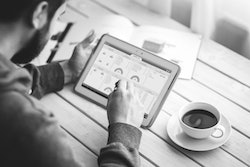 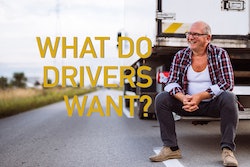