The analysis by EROAD compared log violations from a sample of approximately 30,000 drivers for 30 days before and after the rule took effect on Sept. 29.

Nearly all HOS rule violations that were flagged by EROAD under the previous rule, between Aug. 29 and Sept. 28, were for the 30-minute rest break. The rule required that drivers take a 30-minute break within the first eight hours of on-duty time and record it as off-duty time.

Under the new rule, from Sept. 29 to Oct. 28, the number of 30-minute rest break violations dropped by 80%. The reason? Drivers can now record the break within the first eight hours of drive time, rather than on-duty time, and log it however they wish — as on duty, off duty or sleeper berth.

The decline in 30-minute break violations is “something we expected and hoped to see,” DeLorenzo said, noting the rule change “made it a lot easier by changing when drivers need a 30-minute break and how they manage it.”

Lee said the data shows drivers using the on-duty status to record 30-minute breaks after Sept. 29, but most continued to record their breaks in the off-duty or sleeper berth status as before.

The analysis also looked at how drivers were using the new split-sleeper berth option. EROAD found noticeably more drivers were taking advantage of a rule change that allows the splits, including the shorter period, to not count against their 14-hour clock. Before, if a driver used the more limited 8/2 split, the two-hour split counted against the driver’s 14-hour on-duty clock.

EROAD data shows that, after Sept. 29, the number of drivers who began using the split sleeper berth increased by 33% and the total number of usage of the splits nearly doubled.

Previously, one segment of the 10-hour split had to be at least eight hours long and would effectively pause the on-duty clock. The smaller segment, of up to two hours, counted against drivers’ 14-hour on-duty clock. Once drivers completed the second break segment, they still had to go off-duty for 10 hours to reset their 14- and 11-hour clocks.

Additionally, if drivers took splits in consecutive sequence (a “rolling split”), they only would regain a portion of their daily available 14 hours after each break.

The new 7/3 (or 3/7) split-sleeper berth gives drivers one more hour of flexibility over the 8/2 (or 2/8) split, since the longer segment only needs to be at least seven hours in duration. However, the data showed that drivers made no change in their patterns of usage after Sept. 29. Drivers rarely used the 7/3 or 3/7 split after Sept. 29, or any other combination, such as 7/6, 7/5 or 7/4.

The four most common split combinations for drivers carried over, as charted on the graph below. The “3-7” split came in fifth place. This, Lee said, seems to indicate that “drivers haven’t fundamentally changed their shift schedules, but are benefitting from the shorter period being excluded from the 14.”

EROAD also studied whether or not drivers changed their habits of using a rolling split or a “one-off” split. As an example, a rolling split could have a sequence over two days of 8-2-8-2 or 7-3-7-3. A “one off” split means that drivers would split once for 8/2 or 7/3, for example, before they take a normal 10-hour break.

The percentage of drivers who used a rolling split or one-off split remained the same at 30% and 70% respectively, before and after Sept. 29.

Lee attributed the increases to drivers possibly using the new flexibility in the rules to try and squeeze in more loads. “It may be indicating that drivers and carriers are pushing the boundary a little bit,” she said.

Another possible contributor to these violations being flagged is that some drivers are continuing to operate under the FMCSA’s emergency declaration for HOS rules during the COVID-19 pandemic. Overall, “it is not significant enough to be worried,” DeLorenzo said. It shows, he said, that drivers and fleets are “still trying to get adjusted to the new rules and how they are going to fit with their schedule.”

Violations also surfaced as a result of the HOS rule changes to the short-haul exemption, which increased the operating radius for carriers who are not required to keep a record of duty status from 100 to 150 air miles. The new rule also allows fleets to increase their drivers’ maximum on-duty limit from 12 to 14 hours. Additionally, fleets and their drivers that qualify for the new exemption do not have to take 30-minute breaks.

As would be expected, the EROAD study found the rule change resulted in a significant drop-off after Sept. 29 (65%) in the number of drivers who had violations for exceeding the air-mile limits, since those limits expanded from 100 to 150 miles. The data shows that 47% more short-haul carriers began allowing their drivers to use the exemption.

With more drivers using the exemption, 34% fewer drivers breached the new 14-hour limit. However, the analysis found an increase of 84% in the number of 11-hour driving violations, which were already low to begin with, Lee said.

More 11-hour violations is a possible indicator that short-haul drivers are trying to squeeze in an extra run in their shifts, Lee said, since they now have 14 hours of on duty instead of 12. The violations were nominal, however, with a median time duration of around 12 to 20 minutes over, Lee said.

Short-haul drivers have always tended to think that being exempt from logbooks makes them exempt from hours of service, commented CVSA’s Kerri Wirachowsky.

During the session, the FMCSA shared inspection data for 30 days before and after the Sept. 29 rule change. The numbers show the agency is “probably” back to the same levels of inspections as before COVID-19, which is about 260,000 per month, DeLorenzo said.

Before and after Sept. 29, violations from roadside inspections show “very little change,” he said. “We do expect that over time we will see shifts in those changes, but it is still so early in the transition period.”

“The real conclusion is that folks are still making the adjustment,” DeLorenzo added. He estimated it will take another three to nine months for drivers and enforcement officers to figure out how the new rules work.

Until then, FMCSA is focused on continuing outreach training, he said. The agency has a new educational tool on its HOS webpage. The tool helps to explain the split sleeper berth using pre-populated examples as well as allowing drivers to enter different scenarios to see how the rule works with their day, he said. 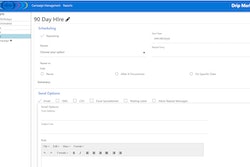 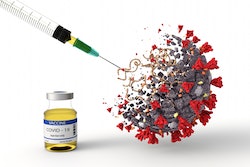 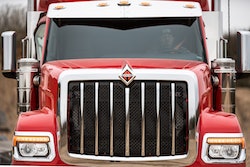