The freight demand and rates dynamics that have been at work since the economic recovery began in June have held through the usual holiday freight season of September, October and November. Additionally, with shippers already prepping for the spring freight season, a seasonal January and February freight lull might be more muted in 2021 as the fall freight season could bridge through winter to the annual spring freight uptick in March.

Consumer spending has been the primary driver in buoying freight demand, while industrials and manufacturing continue to lag. Capacity remains tight across all modes – maritime, rail and truck – putting continued upward pressure on rates.

“The great freight rally continues,” said Jim Nicholson, vice president of operations at digital brokerage Loadsmart. He noted that e-commerce sales have spiked by 50% this year compared to last, as consumers have stayed home and spent their disposable income on goods rather than going out or on vacations. “It doesn’t show signs of letting up,” he said. Brick and mortar stores, however, have seen dips in sales. For example, Nicholson said in-store Black Friday sales were down 50% compared to a year ago.

Imports at West Coast ports have soared to historic highs in recent months, said Lidia Yan, whose digital brokerage and warehousing firm NEXT Trucking works heavily in drayage freight. Both the Port of Los Angeles and the Port of Long Beach set container processing records in October, and forecasts are for those record levels to sustain. Part of that incoming volume is inventory replenishment for retailers amid a wild year, she said. Likewise, she pointed to the e-commerce boom — with consumers staying home and buying goods online — as driving goods coming in from Asian markets.

“Overall, we’re pretty optimistic about the economic recovery,” she said, “but I think we should also be prepared for any shocks that still might come.”

Ken Adamo, chief of analytics at DAT Freight & Analytics, pointed to congestion at West Coast ports as a positive for freight demand and rates heading west to east, as those imported goods arrive and then must be dispersed around the country. However, rates for hauls heading back west are abysmal, creating “a massive imbalance in the truckload” market, he said.

Per usual seasonal trends, construction activity and housing starts are tapering, said Adamo, and heavy manufacturing is still weak. “That paradigm hasn’t changed,” he said. Home improvement has slowed in the northern states as colder weather has set in, though it’s continued in the southern states, he said. Auto activity, while recovering, is recovering “very, very slowly,” said Adamo.

Likewise, he’s more pessimistic about the usual January and February freight slowdown. He expect things to slow once the usual post-Christmas return season dies down in mid- to late-January. “People [might] react to that seasonal slowness” negatively, “but it’s always slow in January and February,” he said. Usual seasonality, Adamo expects, will prevail with freight and rates picking up again in March as housing starts and construction resume and as consumers start buying spring-time freight like patio furniture and grills.

Any potential stimulus packages from Washington, the looming presidential transition and how robust the freight season is next spring, Adamo said, could be wildcards in the freight equation.

Likewise, there’s uncertainty around “where the dust settles,” he said, in the contract market. If shippers and carriers agree to big contract rates hikes — like in the range of 15%-20% — that would weaken spot freight activity. Conversely, if contract rates rise in the neighborhood of 7%-10%, that could mean motor carriers will continue to rely on a stronger spot market for load bookings.

Shippers are growing wary of the current dynamic with a shorter-term wait-and-see approach to freight RFPs, said Nicholson, while having to turn to the currently pricey spot market to move loads. That’s more of a longer-term dynamic that will play out, Nicholson said, but “we’re seeing interest in the shipper community in looking into different strategies and looking at different providers.”

“Mini-bids are a short-term approach for them to evaluate what the best strategies are for them to deploy. We do see this as an inflection point in the way that shippers commit capacity among their networks,” he said. Increasingly, shippers look to leverage “short-term data and capacity,” he said.

DAT’s noticed the same, said Adamo, and DAT this year rolled out three-day rolling average rates in addition to its existing seven-day averages. “Freight cycles are happening a lot faster” in today’s market, said Adamo, when compared to cycle-spurring events like the 2014 Polar Vortex, the 2016 freight slump, and then the 2018 boom. Increasing digitization of freight networks “removes friction,” he said, causing boom and bust cycles to play out more quickly. 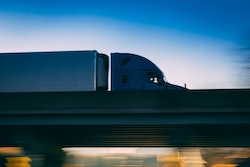 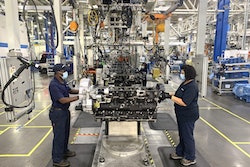