Werner Enterprises (CCJ Top 250, No. 11), and other large freight carriers and logistics providers, traditionally have developed their own enterprise resource planning (ERP) systems for load planning, dispatch and driver management, “but that is not the right way forward,” said Daragh Mahon, chief information officer.

Nothing is wrong with the systems Werner has now, but to grow and scale the business at a faster pace, “we need to be cloud native in every app that we can,” he said.

Mahon joined Werner last May to lead a full-scale migration to cloud computing. Prior to his arrival, the company had evaluated commercial ERP systems for at least a decade only to find that “very few can handle the size of Werner,” he said.

Werner has truckload, less-than-truckload, final mile, intermodal, logistics, cross-border and other operations that typically are not all supported by a single commercial ERP product. The company decided to begin a new search this year with the goal to move all its technology to the cloud.

Having its technology be a software-as-a-service (SaaS) would free IT resources to put together a new technology stack that would give drivers and customers better tools and information, he explained.

Recently, Werner Enterprises’ search led it to a cloud-based transportation management system (TMS) from a technology startup, Mastery Logistics Systems. This was not an ordinary startup, however.

Mastery Logistics Systems is led by transportation industry veteran and Chief Executive Officer Jeff Silver. When approached by Werner it was in the early stages of developing MasterMind, a TMS, to manage the complex transportation needs of shippers, carriers and logistics service providers.

Werner became one of its first customers and made a minority equity investment. It has been providing strategic advisement to drive product development.

MasterMind will first be implemented in Werner’s Logistics business unit and expand to its truckload services and operations. By this time by next year, Mahon plans to have the TMS rolled out in the truckload fleet, and within 36 to 40 months to have all company operations up and running on the new software.

“The critical piece of this is a system for all aspects of logistics in one,” said Silver, who developed his first TMS in 1984 as a 21 year-old employee of a logistics company, American Backhaulers, that was acquired by C.H. Robinson. “This is about helping Werner deliver solutions for customers who are out there trying to manage their supply chain in this ridiculous era.”

Silver also developed a proprietary TMS for Coyote Logistics as an employee. The company has $4.5 billion in annual revenue as a division of UPS but still uses the TMS he developed.

At present, Mastery Logistics Systems has a team of about 160 people and has developed MasterMind from the ground up to be a modern, cloud native, plug-and-play system for transportation and logistics companies, he said.

The TMS is hosted on the Microsoft Azure cloud where Werner also has its proprietary mobile fleet management platform, called Werner EDGE. The plan is for load, driver and other data elements from the MasterMind TMS to be integrated with the EDGE platform, along with data from other internal and third-party cloud-based applications.

Werner is currently working with Trimble Maps, for instance, to gain more accurate, real-time calculations for estimated time of arrivals (ETAs) that account for traffic, weather and drivers’ hours of service.

While using Mastermind in a SaaS environment, Werner will continue to develop proprietary, cloud-based applications to further differentiate itself in the market. “We have had that history and will continue doing that,” Mahon said. 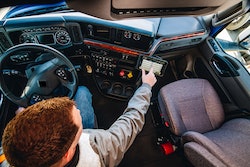 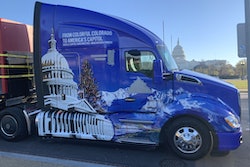 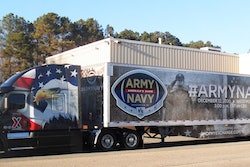 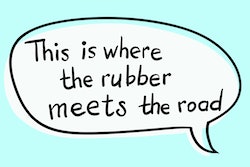