Branding is always important to the successful marketing of ideas and products. Marketing people spend huge amounts of time and money on focus groups trying to come up with a catch phrase or tagline that will inspire interest. Sometimes they fail spectacularly — the exciting new 1957 Edsel might be one of those. Imagine today getting excited about the 2021 Elon or 2021 Jim. Tesla and Mustang are better choices, yes?

How is this related to trucking? The term “moonshot” is now gaining traction to describe a range of initiatives and new technologies in trucking. I’m not sure people have really thought that one out.

If the point is to galvanize a broad base of support and investment toward a lofty goal, I’m all for that. But, it also reflects that President Kennedy’s 1961 vision of a national priority to put a man on the moon and safely return him to earth by the end of the decade was miraculously accomplished in 1969, but completely abandoned by 1972 and has languished for 50 years.

In those 50 years we have gone on to build 747s that opened up international travel to millions, put handheld supercomputers in everyone’s hands, created e-commerce, launched successful electric cars, figured out how to have a handheld phone translate a Norwegian menu instantaneously, deliver a package next day from almost anywhere, and more.

“Moonshot” perhaps is not the correct historical term for encouraging long-term marketing success.

“Green” is another one of those ubiquitous terms that is added to somehow convey goodness. There are no rules or standards for defining greenness, so it gets used sometimes in ways that challenge credulity. Where credulity was pushed too far, new more palatable colors were introduced like blue, turquoise or pink, etc., to differentiate that perhaps something is better but not quite green.

“Near zero” and “net zero” and “carbon negative” are similar terms that require some care in understanding and use.

I’d love to see some blind surveys on what people think these terms mean. As with all words, I expect we would find some interesting interpretations.

Green New Deal is another one of those terms. This comes up frequently in arguments for and against efforts to improve the environment. It originates from the 1930s, during the Great Depression and the Roosevelt years. For this term to be personally relevant to you, you were likely born in the 1920s and are now a 100 years old. So, most of us are relying on our high school history classes as a frame of reference to understand this term.

“Moonshot” falls in that group, too. If you were born in 1960, you are now 60 years old and likely experienced first-hand being caught up in the vision of the Apollo space program and proudly watched the first moon landing back in July 1969.

If you were born in 1970 or later, you probably are relying on your high school science and history classes, or museum visits, to try to understand the relevance of the term.

At NACFE we research, analyze and report on technologies that improve trucking efficiency, which reduces operating costs, and benefits the environment – kind of a win-win-win. I like to highlight that these three are all deeply intertwined, so it really doesn’t matter which hat you are wearing, an improvement in any one translates to improvements in all three.

Branding is important to successful missions, but I suggest we be careful and pick terms that are meaningful to all generations and ethnicities when trying to describe a new technology. 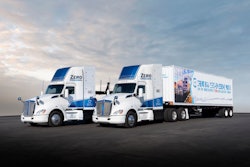 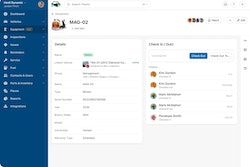 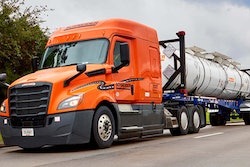 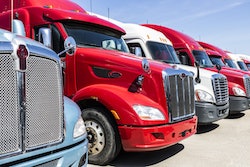 Used truck market at its healthiest point this year