The 72-hour enforcement spree, headed up by the Commercial Vehicle Safety Alliance, was held Sept. 9-11. In total, 50,151 inspections were conducted across North America.

Each year, inspectors key in on a specific area of violations, and the 2020 focus was driver requirements. The top five driver OOS violations were hours of service (1,128 violations); moving violations, cell phone use, etc. (709); wrong class license (687); false logs (455); and suspended license (141). The total number of driver out-of-service violations was 3,247.

Inspectors also checked seat belt usage during International Roadcheck. A total of 768 seatbelt violations were issued – seven in Canada, eight in Mexico and 753 in the U.S.

The next International Roadcheck is scheduled for May 4-6, 2021.

FMCSA extends CDL, CLP, med cert waivers through February
Truck drivers whose commercial driver’s licenses, commercial learner’s permits or medical certifications have expired since the onset of the COVID-19 pandemic have at least two more months to have those documents renewed.

The extension is in contrast to a statement by FMCSA’s Joe DeLorenzo in November during a virtual User Summit hosted by ERoad, an electronic logging device provider. At the time, DeLorenzo emphasized for carriers, owner-operators and other drivers that the intention when it comes to expired CDLs, medical certification renewals, hazmat endorsements and more was to get back on schedule after the previous waiver expired Dec. 31. 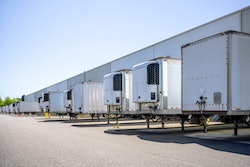 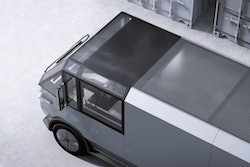