Aaron Huff, CCJ senior editor
Mar 15, 2021
Demographics show the driver shortage will become more pronounced in years to come. Nearly 57% of all truckers are over 45 and 23% are over 55.

Is the US logistics industry really facing a dire shortage of commercial truck drivers? This question is up for debate after the global health pandemic of 2020 reshuffled the labor deck.

On Monday, Coyote Logistics and Emsi released an in-depth research report, “Drivers Wanted,” that covers the present and future of the truck driver labor pool. The report combines labor market data with on-the-ground insights from the transportation and logistics industry.

Coyote Logistics is a third-party logistics (3PL) provider with a global network of over 70,000 carriers and 14,000 shippers. Emsi is an economic data and analytics firm based in Moscow, Idaho.

The American Trucking Associations has been reporting a massive shortage of truck drivers for the past 15 years, but the report noted skepticism of its claim by some groups. Following a white-hot freight market in 2018, the driver shortage was perceived to be at its peak. Financial news site Barron’s argued in 2019 that the trucking shortage was largely overblown, pointing to a relatively stable producer price index.

[Related: The driver shortage is back, but this time it's different]

The Bureau of Labor Statistics (BLS) agreed and presented high rates of occupational attachment among truck drivers, suggesting the labor market would respond to price signals in a roughly normal and predictable way.

For light-duty  trucking, the ratio of job postings to hires was 2:1, showing a comparatively normal labor market. Heavy-duty tractor trailer truck driving had a much higher 9:1 ratio, according to Emsi.

Blue-collar occupations as a group, Emsi's report said, had approximately one posting for every hire over the same period.

Online shopping caused demand for delivery jobs to skyrocket during 2020. The vanishing of service industry jobs should have brought more truck driving labor into the trucking market, yet since 2019, the number of heavy tractor trailer drivers has grown by only 2.1%.

According to on-the-ground survey data from Coyote Logistics, 30% of large carriers stated that driver satisfaction and retention is one of their top three challenges in 2021, while another 28% stated that recruiting new drivers is as well.

Motor carriers are making efforts to get drivers home more regularly to compete with more desirable jobs in the growing short-haul sector. A Centerline study found that 76% of truckers prefer local or short-haul trucking to long haul, and Coyote Logistics network data shows that short-haul loads have increased year-over-year by 3%.

The growing age problem
The biggest challenge in the ongoing driver shortage is demographics. If current trends continue the driver shortage will be pronounced in years to come. Nearly 57% of all truckers today are over 45 and 23% are over 55, according to Emsi job posting analytics. If this trend continues, nearly a quarter of the current trucking workforce will hit retirement age in the next 10 years, not including the nearly 8% of truckers who are currently working above retirement age.

“The workforce composition suggests that young workers are not being recruited at rates that will replace current workers as they exit the market due to age or disability,” the researchers wrote. “However you parse the debate about a current commercial driver shortage, we are certainly facing a near-term future long-haul driver shortage if current trends continue.”

Recent analysis by Dr. Bradley Fulton and Stay Metrics shows the Millennial Generation (Millennials) is underrepresented in driver demographics, and the representation of Generation X (Gen X) has decreased substantially. This could exacerbate the driver shortage in coming years.

In terms of total population, Millennials are 7% larger than Gen X, according to Statista.

Fulton, the director of research and analytics for driver retention firm Stay Metrics, a Tenstreet company, compared the ages of drivers from more than 3.5 million driver job applications from 2013 to 2020 for drivers aged 20 to 79.

Analysis of a separate Stay Metrics database of over 32,000 active drivers hired since 1980 showed that these drivers' current average age was 46.5.

“Both datasets suggest the driver population is getting younger. However, while there is definitely an increase in applicants who are in their 20s and 30s, with the size of the Millennial Generation you would expect a lot more than a 3.2% difference between 2013 and 2020. We need a lot more younger drivers than that to replace the decrease in Gen X,” he said.

The analysis also shows that in 2020, Baby Boomers — who were between 56 and 74 — are retiring earlier than expected. “It seems like a lot of baby boomers have already started to bow out,” he said.

A harder sell for drivers
Wages are a possible culprit for hiring difficulties, the report noted. A recent Centerline study found that 76% of truckers say competitive pay is the top factor in their decision to take a job, but 1 in 2 say that current wages are not competitive.

Another factor is the nature of the job itself. According to a Centerline study, 50% of commercial long-haul drivers do not feel safe on the road. Trucking was the sixth most dangerous occupation group in 2018, according to BLS.

Quality of life issues are also working against the driving profession. Obesity and smoking are both twice as prevalent in long-haul truckers as in the general population, and truckers are at an increased risk of chronic diseases such as heart disease and diabetes.

In late 2020, Emsi observed a broader shortage of workers, especially for entry level (sub $20 per hour) roles. All of the following reasons are likely influencing why many people could  take trucking jobs but are not:

Despite the overall demand for trucking jobs, interest in the profession is down (comparing 2020 to 2019). Labor force participation continues to nosedive, which means there are fewer people to fill the available jobs in any given industry.

[Related: No experience, no problem: Paper Transport doubles down on student drivers]

To combat the driver shortage, the report from Coyote recommends motor carriers bring in more  recruits by assisting new drivers in getting a CDL and advertising their willingness to do so.

“Removing barriers to entry may be especially useful in attracting younger workers, and capturing furloughed workers who may be eager for a new job but lack the resources to invest in their own retraining,” the report says.

Another recommendation is to recruit young talent by having a clearly marked and steady progression towards career development and higher wages.

“The clearer you communicate your benefits and development plans, the more you position the industry as a whole as a competitive and desirable one to start or grow your career in,” the report said. 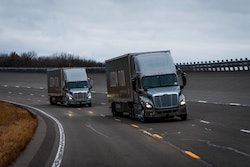 Who's liable in a self-driving truck crash? 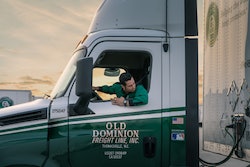 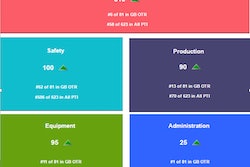