Motor carriers have been voluntarily submitting fuel efficiency and air quality performance data to the Environmental Protection Agency (EPA)  since 2004. Being an EPA Smartway Carrier Partner has benefits for competing in shipper contract freight bids, also known as RFPs.

In the past few years, G&D Integrated has participated in a number of RFPs that asked the carrier to provide more detailed environmental information than its SmartWay rankings and scores. Some bids have asked open-ended questions about what the fleet is doing to reduce its carbon impact, but others have asked for detailed plans to reduce carbon emissions in specific lanes, said Vince Buonassi, G&D’s group manager of transportation programs.

Shippers are analyzing the environmental impact of their supply chains and setting sustainability goals for their transportation departments. “A lot [of shippers] have initiatives to drive down their carbon footprint and are partnering with companies like G&D Integrated that take that into account,” Buonassi said.

Chris Schmale, bid operations manager of REG, the nation’s largest producer of biodiesel and a leading producer of renewable diesel, has noticed the sustainability goals of shippers have been having more influence on how they award freight contracts to carriers.

“The sustainability aspect has become a big issue,” he said, and the pressure on carriers is not just coming from shippers. Federal, state and local municipalities also are coming up with new emission requirements. “Fleets are getting it from every which direction.”

Winning bids with biofuels
Morton, Ill.-based G&D Integrated is a specialized transportation and logistics services provider with more than 450 trucks and 20 facilities in North America. Its diesel-powered units run year-round on a blend of 20 percent biodiesel and 80 percent petroleum diesel, which is known as B20.

For RFPs with open-ended environmental questions, Buonassi shares details about the company’s use of biodiesel and recycled engine oil and provides statistics that show how consumption of both products has decreased the company’s carbon impact.

“I see it on lot of bids,” he said. “Some [shippers] want you to put pen to paper, and other times it seems like one of those ‘rubber stamp’ things where you fill out a bit of information and then never hear anything after the fact.”

One of G&D Integrated’s customers is a manufacturer of environmentally friendly cleaning products. About two years ago, the shipper conducted an RFP, and asked G&D to explain how it would reduce carbon emissions in a certain lane and volume of freight versus a standard trucking company. Buonassi credits the company’s use of biodiesel for winning this and other bids.

“There are certainly a few manufacturers, and a few different organizations, that have wanted us to quantify the potential impact,” he said.

He also credits the fleet’s use of biodiesel for getting favorable scores from East Coast ports, specifically in Georgia and South Carolina, that were given an imperative to reduce their carbon footprint by working with more environmentally conscious truckers.

[Related: Innovators: fleet exec has plan to bridge the divide to zero emissions]

Speaking of ports, Buonassi said the company’s use of biodiesel and other environmental initiatives has not resulted in winning extra business, but “it has allowed us to set ourselves apart when we talk about how we differentiate ourselves in the market,” he said. “It gives us a lot of conversation pieces. People are pretty receptive to it overall.”

The annual reduction in carbon dioxide emissions from G&D’s use of biodiesel is equal to nearly 230,000 fewer gallons of gasoline consumed each year. Particulate matter is reduced by 2,854 pounds annually. These numbers come from the B20 Club, a program from the Illinois Soybean Association and the American Lung Association.

Demand rising for diesel alternatives
G&D Integrated began using biodiesel several years ago after its fuel supplier, Ag-Land FS Inc., introduced the company to the fuel that comes from REG, based in Des Moines, Iowa.

“They were claiming that this product would not only cost us less money but also would not result in any efficiency losses,” Buonassi says. He has found that to be true and says biodiesel has not caused G&D Integrated to increase its rates.

G&D Integrated started with a B11 blend before moving up to B20. Each time, it rigorously tested the fuel. “What we observed was there was absolutely zero degradation in performance,” he said.

Biodiesel added lubricity and it has also performed well in cold weather.

From 2012 to 2018, biodiesel consumption nationally has increased by 111%, which has far outpaced the growth of petroleum diesel consumption, Schmale said. “We see that consumption staying steady,” he notes, and renewable diesel production is now increasing as well. “We think all those fuels are going to work and play together.”

Fleets that purchase biodiesel blends and renewable diesel from REG typically have fuel delivered to their own facilities in bulk, Schmale said. Fleets without on-site tanks can also contract with fuel suppliers to fill up trucks at their facilities using a tank wagon and wet hose.

The use of biofuels may not be enough of an environmental offering to help last-mile delivery fleets win new business. Electric vehicles have become popular in this sector where daily truck routes are typically less than 200 miles.

Local fleets are being pushed by their employees and shareholders to have environmental goals, and there is always a need to be more competitive by reducing fuel usage, she noted.

Argue sees the possibility that more cities in the United States will adopt a delivery concept that has emerged in Europe where cities are installing automatic boom barriers around zero emission zones. To enter, delivery vehicles have to either be registered as electric vehicles or pay a fine.

The Netherlands has dozens of cities with these low or zero-emission zones, she said. Last month, Santa Monica, Calif., became the first city in the U.S. to create a one-square-mile zero emission zone as a voluntary pilot project.

Companies involved in the pilot, such as IKEA, will be using smaller and cleaner vehicles to make deliveries instead of larger, diesel-fueled trucks. Businesses who are pilot participants in the Santa Monica program will be providing priority curb access for zero emission delivery vehicles in select loading areas within the zone.

"The demands on carriers are as high as they've ever been,” said Andrew Smith, Outrider founder, and CEO. “Yet carriers are stuck idling running their diesel engines in distribution yards waiting up to two-to-four hours to drop off and pick up the next trailer.”

Not only is detention bad for business, but its environmental cost is 14 million metric tons of carbon dioxide per year, or the equivalent of five coal-fired power plants, he estimates.

Shippers and 3PLs are the ones who deploy Outrider's yard automation technology, but carriers play an important role by working alongside autonomous yard trucks and digitizing their workflows to integrate with shipper and 3PLs’ warehouse and yard management systems for end-to-end freight visibility. 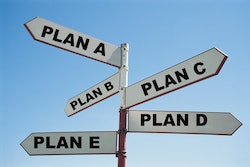 Failing to plan is planning to fail 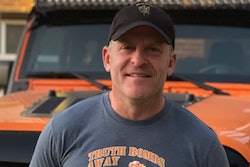 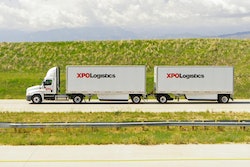 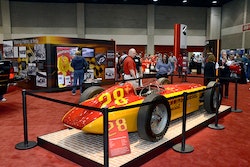