The Federal Trade Commission (FTC) announced that Clarence L. Werner, founder of the Omaha, Nebraska-based truckload carrier Werner Enterprises, Inc. (CCJ Top 250, No. 13) will pay a $486,900 civil penalty to settle charges that certain of his acquisitions of company stock while he was a director of the company violated the Hart-Scott-Rodino (HSR) Act.

The HSR Act requires companies and individuals to report stock purchases over a certain threshold to the FTC and Department of Justice and wait before closing the transaction so that the federal agencies can investigate the potential competitive impact of the acquisition. Smaller transactions may also be reportable under the Act due to the need to aggregate the new purchase with all current holdings. The maximum civil penalty for Werner’s failure-to-file violation is currently $43,792 per day.

“Several of Mr. Werner’s acquisitions were large open-market purchases,” said Holly Vedova, Director of the Bureau of Competition. “As a director of the issuer and an active participant in these transactions, Mr. Werner should have realized that he might have regulatory obligations and sought legal advice. Even more concerning is the fact that he made some of his acquisitions after he learned that some of his prior purchases violated the antitrust laws.”

According to the complaint, on May 14, 2007, when Werner exercised his stock options to acquire shares of Werner Inc., he failed to make the requisite HSR filing, even though the acquisition, together with his prior holdings of Werner Inc., caused him to cross the $100 million HSR filing threshold. Throughout 2009, FTC said Werner made additional acquisitions of Werner Inc. stock that he did not report, including several large open-market transactions.

Werner made more acquisitions of Werner Inc. stock on Nov. 20, 2012, FTC added, by exercising his stock options, and on Feb. 7, 2019, due to the vesting of restricted stock. He again failed to make the requisite HSR filings for each of these transactions, FTC said, even though each acquisition, together with his prior holdings, caused him to again cross the $100 million HSR filing threshold. He then made additional acquisitions even after learning that he was in violation of the HSR Act.

The Federal Motor Carrier Safety Administration is amending its Hazardous Materials Safety Permits regulations to reflect changes in the Commercial Vehicle Safety Alliance’s Out-of-Service criteria for inspections of shipments of transuranic waste and highway route-controlled quantities of radioactive material. The update to the regulations will take effect Feb. 21.

Currently, FMCSA regulations reference the April 1, 2019, edition of the CVSA handbook regarding transuranic waste and highway route-controlled quantities of radioactive material. The update will reflect changes published on April 1, 2021, by CVSA.

FMCSA says there are 21 updates that distinguish the 2021 edition from the 2019 edition of the handbook, and each of the changes generally serve to clarify or provide additional guidance to inspectors regarding uniform implementation and application of the out-of-service criteria, and none is expected to affect the number of out-of-service violations cited during Level VI inspections.

Additionally, the incorporation of the 2021 edition does not change what constitutes a violation of FMCSA regulations, the agency says. 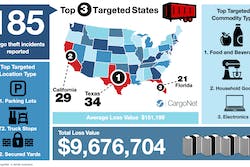 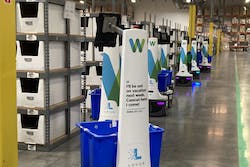 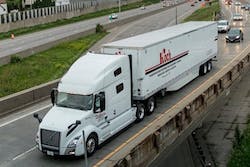