Failure to learn from history dooms us to repeat it

"Those that fail to learn from history are doomed to repeat it." – British statesman Winston Churchill

I have been in the trucking industry for more than 50 years and an associate once commented that I have forgotten more about trucking than most people will ever know.

The funny thing about memory is that almost everyday while reading industry news my memory cells are stimulated with a piece of trucking history that I experienced.

One of the major problems with this industry is that it does it not learn from its history and there are few, if any, history books about it. The books that do exist don’t cover the mistakes that were made.

How can we, as an industry, not repeat the mistakes of the past if our history is not documented? Especially the mistakes.

Here is an example of a big mistake that should have been recorded in the history books. It is an example that was life or death for my customers, and one I had to deal with first hand as a young salesman.

An air dryer needs to meet a PSI specification to withstand 500 PSI without failing. I don’t know where that magic number came from, but that was the requirement. If I remember right, if the regulating valve on the air compressor fails, an unregulated air compressor can produce that amount of PSI.

The mistake should have been recorded in the history book “Truck Air Systems” – a book that doesn’t exist. The mistake was that the engineers’ design couldn’t meet that maximum 500 PSI spec. They tried to fix the problem but the best they could do, without starting the design process all over again, was to reach 450 max PSI before the air dryer would fail. Apparently, the engineers thought the 500 PSI was just an industry suggestion.

Since the engineers couldn’t meet the spec and they didn’t understand the importance of it, and they certainly didn’t want to start over. They decided to change the specifications and drawing to reflect what they could achieve: 450 PSI.

This mistake should never be repeated. The sad part of this historic event is that it was quickly swept under the rug.

I enjoy watching the development of autonomous vehicles, and due to my pro bono consulting at Auburn University I feel like I have a front row seat.

It seems like there is a new story everyday in my transportation periodicals about autonomy.

Recently, there was a picture of a Waymo autonomous Class 8 truck. What humored me, then distressed me, and then stimulated my memory cells is the external physical mounting of the self-driving technology to the vehicle.

With all cameras and sensors attached to the exterior of the vehicle, the vehicle is no longer aerodynamic. Has anyone done at least a wind tunnel test on an autonomous aerodynamic vehicle that is no longer aerodynamic? I bet there is at least a 5-10% reduction is fuel economy. If there has been testing, and all the autonomous equipment doesn’t effect the fuel efficiency, please publish the results to prove me wrong. I love being proven wrong.

Another interesting thing about design and specifications of aerodynamics on trucks is the speed at which the truck operates. The Technology & Maintenance Council did studies during fuel shortages in the past demonstrating the fuel savings of traveling 55 mph versus 65 mph. The slower a vehicle operates, the less fuel the vehicle consumes. Somewhere along the line I learned that at 45 mph all the fuel being consumed is used to overcome just rolling resistance, not wind resistance. Aerodynamics is not an issue. In fact, you don’t have to spend money on aerodynamic devices at all. Just look at the weight savings by eliminating aerodynamic devices from autonomous vehicles.

Also, autonomous vehicles operating at lower speeds will not only save fuel, but will be much less destructive to people and property if and when there is a mishap. And you know there will be mishaps.

Before you say that we can’t have low speed autonomous vehicles operating in high speed traffic, that’s the beauty of having the vehicle interfacing with artificial intelligence.

I have often wondered why a container full of products that has spent a month on the water on a container ship has to be rushed at 75mph to a warehouse.

Carson Loyal, a grad student at Auburn, is working with Tangerine Innovation, NCAT and me (as a trucking industry advisor) on fuel economy testing and vehicle speed control. As I mentioned earlier, speed and fuel consumption are linked.

The group is doing this for both safety and fuel economy based on inputs to the artificial intelligence system like the posted speed limit, traffic flow, the environment and road design. The autonomous vehicle’s speed would be adjusted to all conditions. There may be other applications to use such a system in non-autonomous vehicles in the future.

If you are concerned about the fuel consumption of commercial motor vehicles, please feel free to contact me about Auburn University’s work on a new fuel consumption testing protocol that deploys artificial intelligence, and NCAT’s test track fleet of five Class 8 vehicles that travel 680 miles a day on the same duty cycle, tugging the same load, wearing out pavement experiments. Each triple trailer combination vehicle has 30 tires.

Now, back to the air dryer failure and Winston Churchill.

I Googled the manufacturer and model related to the air dryer failure and while there are no trucking industry history books, there is a free ebook: “Safety Related Recall Campaigns for Motor Vehicles and Motor Vehicle”

Google is going to be a great tool for trucking historians. Most of this story from the 1994 recall campaign is documented in the ebook. Interestingly, the truth was not. The management failure was not. The lessons to be learned for future generations was not.

The cause of failure in the recall is listed as fatigue cracks, which is true. However, why the fatigue cracks developed is not cited. The life and death consequences are documented as big chunks of metal on the roadway with the vehicle brakes locking up, both of which are bad under most circumstances.

Every truck related recall listed in the book should be studied and documented by a historian. I hope this column, with my perspective, stimulates a history buff to take up the cause of documenting the trucking industry’s history so future engineers, managers and industry leaders don’t make the mistakes of the past. 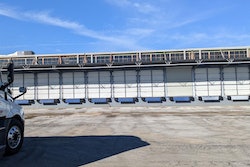 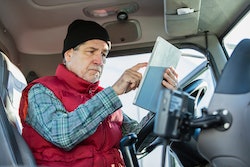 The costs of freight factoring 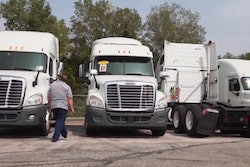 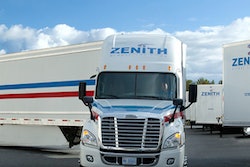