XPO spinning off brokerage to focus on LTL

XPO Logistics (CCJ Top 250, No. No. 6) announced this week that it plans to spin off its tech-enabled brokered transportation business from its less-than-truckload (LTL) business in North America.

The planned spin-off would create two focused, publicly traded companies. The spun-off brokerage business would be a leading platform for tech-enabled truck brokerage services in North America, with a long track record of revenue and margin growth, an efficient digital freight marketplace and access to vast truckload capacity, with complementary, asset-light offerings for last-mile logistics, managed transportation and global forwarding. The corporate headquarters are expected to be in Charlotte, North Carolina.

Upon completion of the spin-off, XPO’s North American LTL segment would be a pure-play LTL industry leader — the third largest provider of domestic and cross-border LTL freight shipping, the company said, with a network of transportation assets managed by proprietary technology.

The standalone business would have a singular focus on enhancing the growth and profitability of its national network for the benefit of its stakeholders. The corporate headquarters are expected to be in Greenwich, Connecticut.

The company also plans to divest its European business through either a sale or a listing on a European stock exchange. In North America, the company is currently under an exclusivity agreement in connection with a potential sale of its intermodal business, which provides rail brokerage and drayage services.

“Our two core businesses of North American less-than-truckload and tech-enabled truck brokerage are industry-leading platforms in their own right, each with a distinct operating model and a high return on invested capital,” said Brad Jacobs, chairman and chief executive officer of XPO Logistics. “We believe that by separating these businesses through a spin-off, we can significantly enhance value creation for our customers, employees and shareholders, as we did with our successful spin-off of GXO last year.”

Two individuals who operated a household goods moving company have been indicted by a grand jury in the Eastern District of Pennsylvania for wire fraud, interstate transportation of property obtained by fraud, and aggravated identity theft in connection with a household goods moving company fraud scheme, according to the Department of Transportation Office of Inspector General.

The indictment alleges that from 2015 to 2019, the defendants created a series of online profiles for moving companies by stealing the identities of legitimate companies. The defendants falsely claimed that the companies were family owned and had existed for over a decade with more than a thousand satisfied customers.

OIG said the defendants created five-star reviews on their own websites, as well as legitimate review websites, such as the Better Business Bureau and Yelp, to try to trick customers into booking their moving services and making deposits.

As a result of the scheme, the defendants fraudulently obtained over $12 million, OIG added. 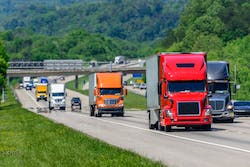 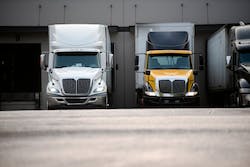 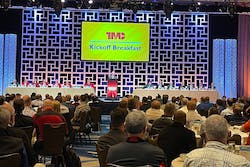 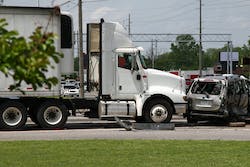