Truck makers and their supply base largely shield research and development from the public (and especially competitors) until they have confidence in both the technology and the marketplace potential. Great ideas introduced at this year’s truck shows may have origins as far back as decades ago. Take aerodynamics for example.

Aerodynamics have had an on-again off-again market priority for more than 50 years. During the 1950s, the University of Maryland, working with Trailmobile, pioneered roof fairing development. In 1974, during the oil embargo, we saw enactment of 55 mph speed limits. This was a significant first step in caring, at a regulatory level, about the relationship between truck aerodynamics and fuel economy.

Truck aerodynamics were significant enough in the 1970s that non-truck builders like NASA were doing testing in wind tunnels like the Langley Research Center and, later, Ames Research Center. NASA researchers were driving trucks at test facilities like Dryden Flight Research Center. If those sites don’t ring a bell, the facilities were both instrumental in developing cutting edge aircraft of their day, including the first jet aircraft for the military and revolutionary aircraft like the North American P-51, the Bell X-1, the North American X-15 and the Rockwell Space Shuttle. A June 1999 NASA report, A Reassessment of Heavy-Duty Aerodynamic Design Features and Priorities, summarizes years of aerodynamic truck research. The OEMs were doing research and development too.

In the mid-1990s, federal and state emissions regulations started to come in, fuel prices also began to rise again, and the freight transportation market got more competitive with the growth of software systems and the Internet of Things.

Improved aerodynamics became not only an efficiency opportunity, but also an OEM necessity. Emissions systems added to vehicles – compounded by a maturing market that demanded automotive fit and finish quality, interiors and driver comfort items – were making trucks both heavier and worse on fuel economy. Lightweighting, aerodynamics, reduced rolling resistance, improved lubricants and more were needed to offset the negatives each model year.

Periodic spikes in fuel pricing due to world events have helped accelerate the adoption of more aerodynamic products. Today there still are a significant group of truck operators who prefer the long and tall conventional style of vehicle, but the majority of vehicles made today are heavily invested in improved aerodynamics; from hoods, mirrors, bumpers, roof fairings, extenders and more. The recent spike in fuel prices has reinforced the fact that those are good investments for improving the bottom line for shippers and fleets.

Changing the marketplace from primarily blunt-nose, long and tall conventionals to today’s refined aerodynamic conventionals capable of exceeding 10 mpg has taken more than 50 years of effort.

Now we have many new technologies coming into the mix, including battery electric vehicles, fuel cell electric vehicles and other hybrid electric powertrains. We have automated and connected vehicles that may eliminate the need for a human cab interior all together. We are seeing cabovers reentering the market, along with all new body designs from start-ups. And diesels are not off the table, with a new focus on alternatives like renewable diesel, renewable natural gas, and even internal combustion engines running on hydrogen. Trailers are becoming increasingly aerodynamic and lighter weight too.

All of these new changes can capitalize on the lessons learned over 50 years of aerodynamic refinement in heavy-duty trucks. Whatever the new power source for trucks, aerodynamics, low rolling resistance tires and light weighting will continue to be needed and will continue to need improvement. For background on improving all three of these areas, browse NACFE’s many reports.

Those three improvement areas will continue to be a journey, not a destination. 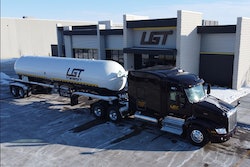 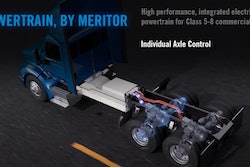 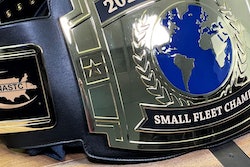 Are you a top fleet operating 30 or fewer trucks? Enter to be the next Small Fleet Champ 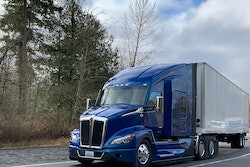