The Truckload Carriers Association is now accepting submissions for the 2022 Fleet Safety Awards until October 20.

The competition is open to all TCA carrier members and will honor those placing first, second, and third in each of six mileage divisions. Division winners will then be invited to compete for one of two grand prizes.

“TCA remains committed to helping improve safety throughout the truckload industry,” said TCA Chairman John Elliott. “A key part of this mission is identifying best practices and the motor carriers who have successfully integrated optimal safety solutions into their operations. With TCA’s Fleet Safety Awards, we are able to celebrate those safety programs and put a spotlight on what they are doing right.”

Fleets can enter the contest here.

Winners of the award will be honored in person at TCA’s annual convention, Truckload 2023 in March, and the Safety & Security Meeting in June.

Great West Casualty Company is the presenting sponsor of the awards, and Detroit Assurance and DriverReach are serving as major sponsors.

Big Freight Systems and Bison Transport were the 2021 Fleet Safety Awards grand champions in the small- and large-carrier divisions, respectively.

Radiant Logistics a provider of technology-enabled global transportation and value-added logistics services, has acquired the operations of Cascade Enterprises of Minnesota, Inc. ("Cascade"), a Minneapolis-based, privately held company that has operated under the company's Airgroup brand since 2007.

The company structured the transaction similar to its previous transactions, with a portion of the expected purchase price payable in subsequent periods based on the future performance of the acquired operations.

On a post-closing basis, Cascade will continue to operate under the Airgroup brand through the remainder of 2022 and is expected to transition to the Radiant brand in early 2023, as Cascade is combined with existing company-owned operations in the Minneapolis area.

"Back in 2007 we were looking to align ourselves with a partner who shared our passion for the business,” said Tom Heinsen, Founder and CEO of Cascade. “In Radiant, we found that and so much more. As both an early partner and shareholder, it has been exciting to be a part of the building momentum of the Radiant network. Radiant has consistently provided an environment that allowed us to build our business and share in the value creation opportunity as a shareholder. They continue to do this as we transition our business while ensuring the continued success of our customers and employees."

Heinsen will continue with Radiant as vice president of strategic accounts.

Stevens Transport (CCJ Top 250, No. 54) announced that Coca-Cola Company has recognized its outstanding performance by honoring the company with its prestigious Asset Carrier of the Year Award.

On Aug. 24, Todd Aaron, Vice Chairman, and Robert Solimani, Vice President of Stevens Transport, accepted the Coca-Cola Asset Carrier of the Year Award in Atlanta for providing unparalleled service in 2021 during a time of unprecedented freight demand attributed to the global supply chain pandemic.

Although this is the third time Coca-Cola has recognized Stevens Transport as their top-performing logistics partner, the 2021-2022 cycle offered challenges that required a greater element of service not seen in prior years.

"Coca-Cola has been a key strategic business partner of Stevens Transport for over a decade," Aaron said. "This recognition required nothing short of a herculean effort and commitment to our much-valued Coca-Cola partnership. In addition, I want to specifically acknowledge the effective sales and procurement strategy that was implemented by the dedicated team led by Robert Solimani. We could not have won this award without their unwavering efforts to support this key partnership.”

On Sept. 13, Lola Larios was sentenced to three years of probation, including one year of home detention and a $100 special assessment for her role as an employee of a number of New Jersey-based moving companies. Larios was also ordered to forfeit $282,634 to the United States.

According to OIG, between January 2016 and January 2019, Larios conspired with the moving company's owner to regularly extort customers by quoting "low-ball" estimates for moving household goods. Once the goods were loaded onto the moving trucks, company employees, Larios, and others directed company employees to raise the moving price to double or triple the quoted estimates and to refuse to deliver the goods until customers paid the higher prices.

Then on Sept. 15, Avraham Zano and Sofein Mlayah, owner and employee of Zano Moving and Storage, LLC, were indicted by a federal grand jury in the Southern District of Florida for conspiring to steal household goods from victims who hired the company for interstate moving services. Further details on the case were not made available.

Truck driver Dwayne Bent pleaded guilty on Sept. 21 in the U.S. District Court for the Eastern District of Pennsylvania to wire fraud.

According to DOT OIG, Bent was indicted in July in connection with a scheme to defraud the Social Security Administration in order to obtain disability insurance benefits (DIB) by false and fraudulent pretenses.

In October 2014, Bent submitted an application for SSA DIB and was approved in January 2017 with a retroactive disability date of May 21, 2013. From March 2017 through August 2019, Bent collected more than $200,000 in SSA DIB payments while concealing from SSA two successful DOT medical examinations in 2016 and 2018 from.

Bent received medical examiners certificates in 2016 and 2018 that deemed Bent physically qualified to drive a commercial motor vehicle, including across state lines, in accordance with the physical qualification standards and with no medical restrictions.

In addition, Bent concealed employment as a commercial motor vehicle driver from SSA. 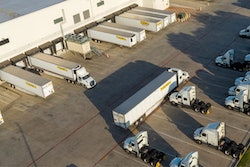 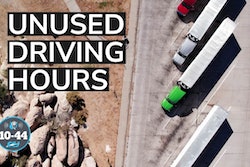