Steve Russell, a mathematician, takes a methodical and planned approach to life and business. Even his beard is the result of a calculation he once made on how many minutes he could save throughout his life and apply to tasks more productive than shaving. 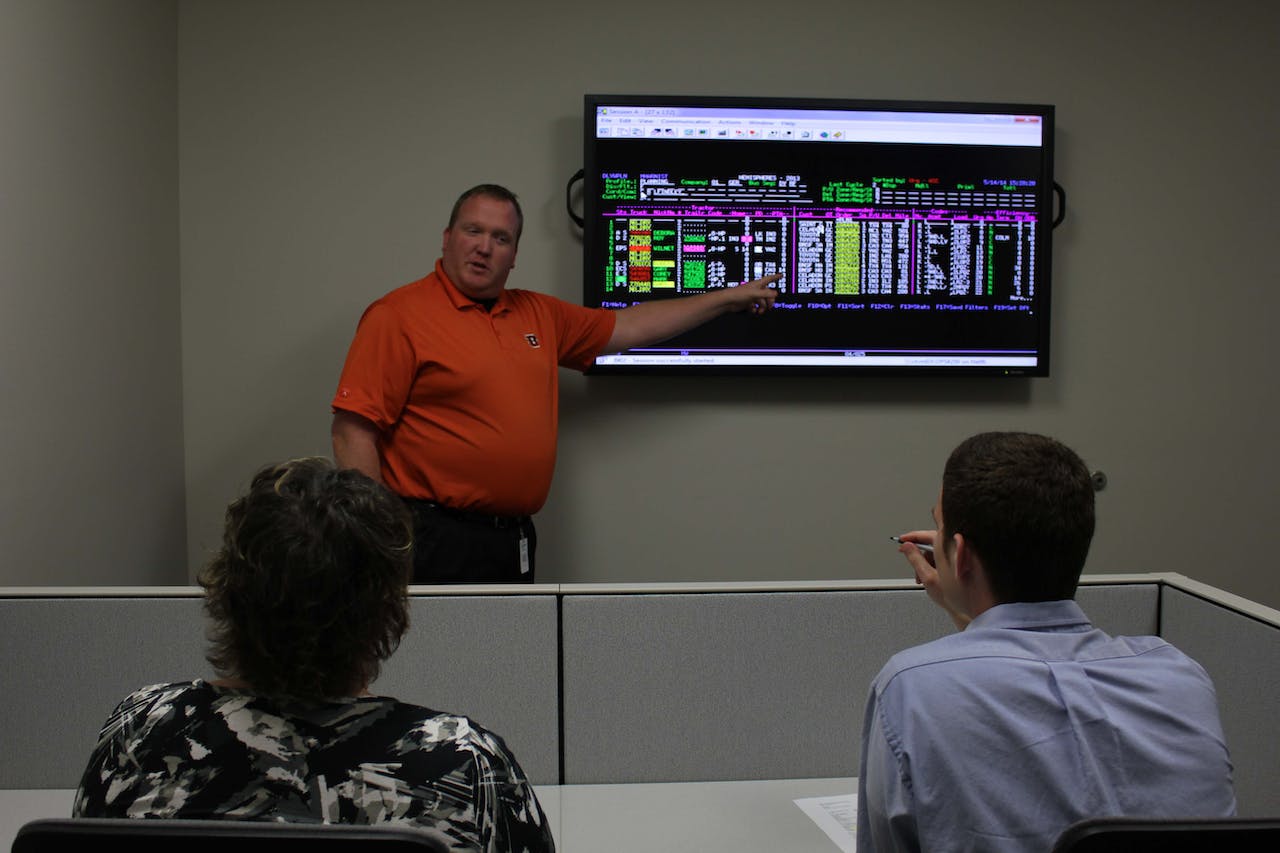 One day nearly 30 years ago, Russell, from Brooklyn, stopped at a toll booth on the Henry Hudson Parkway. He always carried exact change for tolls to travel as efficiently as possible. This day was different; he had to stop and wait for his change. At the booth, he spotted a former colleague in the next lane. They both quickly rolled down their windows. The colleague wasted no time in telling Russell about an opportunity to start a business transporting automotive freight into the United States from Mexico.

The rest, as they say, is history. From this chance encounter, Russell created the Celadon Group in 1985. Today, the Indianapolis-based company (CCJ Top 250, No. 36) operates 3,500 trucks and 9,200 trailers and has diversified its operations to include dry van, temperature control, intermodal, local, regional and dedicated.

Like all carriers, Celadon is focused on recruiting and retaining qualified drivers, but with the logistics industry growing at 22 percent annually, driving is not the only job in high demand. Attracting top talent from within and outside of the supply chain can be a challenge for trucking, which often lacks the sizzle of other careers.

In 2012, Celadon was in the process of hiring a few industry “outsiders” to achieve its vision of creating a new service culture. Lauren Howard, a graduate student pursuing a master’s degree in business administration, had studied Celadon in school and admired the things the company was doing. Upon graduation, Howard applied for a job. 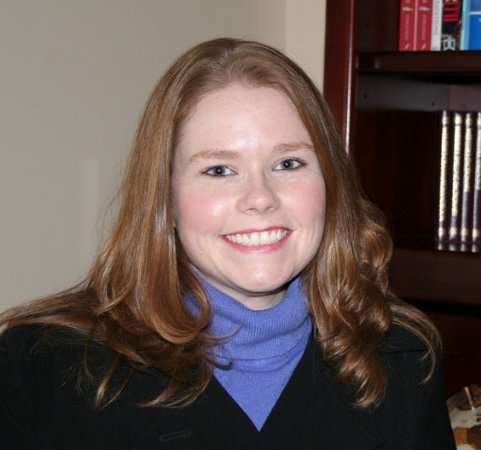 Celadon hired her as a customer service manager, overseeing the order entry team. When Howard started, keeping capacity commitments with customers was one – if not the only – criteria the team used to determine which load offers, or tenders, to book.

Order entry was considered a low-value job, and turnover was high. People who excelled at it were looking for jobs outside of Celadon or moving to more “high-value” departments within the company, Howard says.

To change this culture, Howard gave everyone a new title; the order entry team became known as freight analysts. Celadon also developed a new software tool called Order Entry 2 (OE2) to provide freight analysts with a holistic view of profitability and customer scorecard metrics, along with other information, to use when booking loads.

Order entry soon became a carefully measured and strategic process. “People underestimate the value of a title,” says Howard, who soon was promoted to director of customer service, where she managed a new set of teams then known as appointment setters and customer service representatives.

She gave appointment setters a new title – utilization analysts – and a new toolset that showed them the value of what they were doing and how it impacted metrics that were important to the company. CSRs also got a new title – customer relationship analysts – and new visibility and planning tools to gauge the impact they had on fleet profitability.

After these and other changes proved successful, Celadon promoted Howard to vice president of customer service. In April 2013, she helped Celadon launch a new career ladder in the customer service department, where CRAs can be promoted to senior CRAs – where they mentor and coach their peers – as well as assistant manager and managing director.

Celadon also began new outreach efforts to college students to visit the office or join its internship program and experience the “high-value” jobs in the company’s customer service department.

In November 2013, Celadon went live with a new strategic planning tool called Load Analyzer that helps it take a methodical, planned approach while responding quickly to new opportunities at hand.

Load Analyzer summarizes supply and demand information for today and five days in the future for each market, or area, in Celadon’s network. The supply columns in the Load Analyzer screen show the number of trucks, trucks short and trucks due in each market for each day. The software also recommends what empty trucks to bring from surrounding markets to address immediate capacity needs.

One demand column shows the number of loads booked in the area without trucks. It also gives recommendations for what customers and loads to solicit to move trucks out of the market and into areas where they are needed to satisfy customer lane commitments. 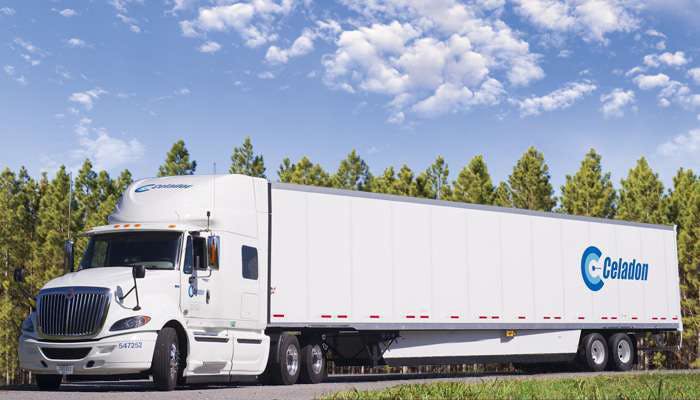 The tool also shows CRAs and other users the operating ratios of loads as well as other profitability and service metrics to prioritize their calls to customers to solicit freight. Howard describes Load Analyzer to CRAs and other users as “your crystal ball for telling you exactly what is happening with your network so that you can plan accordingly.”

Before implementing Load Analyzer in November 2013, Celadon’s customer service department had a strong approach for soliciting loads, Howard said, but the approach was “take whatever we could get.” If the company had 15 extra trucks in the Dallas area, its CRAs would get on the phone and find loads to move those trucks.

The profitability of those moves was an afterthought and created another problem of landing excess capacity into markets. “They didn’t necessarily care where they were taking trucks,” she said. “They just had to move the trucks out of Dallas since that was their job.”

Moving trucks from Dallas to markets like Arizona often would result in contacting a broker to find a backhaul. “That didn’t make sense,” Howard said. “If South Carolina was overbooked by 10 loads, that’s really where we needed to drive a truck. Load Analyzer fixes all of those problems for us, which is why it’s so great.”

Some of the results Celadon has achieved since implementing Load Analyzer include a 49 percent reduction in brokered loads, year over year, in February; a reduction of layovers by 67.5 percent; and an increase in load solicitations by 30 percent since November 2013, with a 15 percent higher success rate.

Every Monday morning, customer service managers get a report that shows the performance for each CRA during the past week. Metrics in the report include the number of load solicitations, loaded miles and average operating ratio of loads. High performers are recognized, while lower performers are coached for improvement.

Going forward, Celadon will evaluate all analysts in its customer service department on how their performance measures up to goals in order to reward them more objectively. Quarterly and annual performance reviews will be “100 percent data-driven,” Howard says, with pay increases based on merit.

“I think that is the next wave for how we will elevate the department,” she says. “You control your fate. Performance will be rewarded.”

With advanced technology and other customer service changes, Celadon is following the pattern established by Russell 30 years ago even as the scale and complexity of the business continues to grow. The company is attracting young talent, taking a methodical approach and responding quickly to new opportunities. 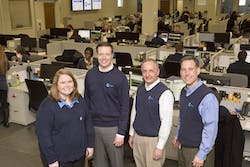 Sneak peek: why Celadon is CCJ’s 2015 Innovator of the Year 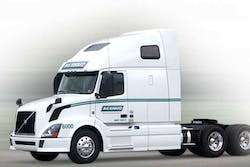 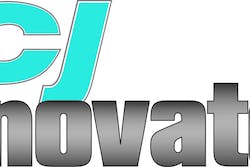 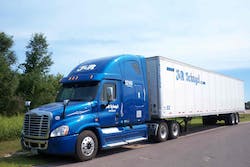