Close detail when spec’ing trucks isn’t a new practice. Many fleets pay close attention to weight in order to maximize freight capacity, while others turn their attention to improving fuel economy.

But in light of the recent driver shortage, where industry turnover rates are hovering near 100 percent and competition for qualified drivers is fierce, fleets are taking a closer look at what they can do to make their equipment as attractive as possible to improve recruiting and retention.

Long Haul Trucking, a 300-truck flatbed carrier based in Albertville, Minn., has taken this concept to the extreme. All of its new company-driver equipment comes with top-of-the-line interiors from the manufacturer, as well as all of the latest communications and factory-installed safety systems, including collision avoidance, blind spot detection, lane departure warning and adaptive cruise control with automatic braking. In-house graphics designers also create custom paint job designs for many for the fleet’s 100 company driver tractors.

The costs of these technologies quickly add up, but John Daniels, Long Haul’s chief executive officer, view them as a corporate responsibility to protect its drivers on the road after an accident in 2011 in which a Long Haul driver was killed.

“I never wanted to have to go to a funeral for one of my drivers again,” says Daniels. “The new safety technologies give us a better chance at survival out there and fewer accidents.”

The return on investment for Long Haul’s safety- and comfort-related truck specs are harder to measure, but Daniels maintains that the math works.

“I feel we get better customers and better freight because we have better drivers and better service,” says Daniels. “We feel that it is important for us to have a good image and be better than the next guy. That is how we’ve grown and been successful in our business.”

One measurable way Long Haul has seen ROI on truck specs is in its driver turnover rate, which is currently in the low 20-percent range. At an estimated industrywide cost of $9,000 to replace a driver, Long Haul spends roughly $200,000 annually in driver turnover-related costs. If its turnover rate was closer to the industry average, that cost would rise to close to $1 million.

“When our driver turnover rate is a fraction of the national average, we feel like we are doing something right,” says Daniels, who also says Long Haul is more stringent in their hiring practices since it is part of a captive insurance group. “We don’t need all the drivers, we just need the best, and we go the extra mile to get the best.”

“With the recent driver shortage, we figured we needed to give them everything we can to have all the comforts of home,” says Daniels. “Drivers who are stopped for the evening can watch the same shows they watch at home with their families.”

But Long Haul puts a twist on its latest luxury amenity. If a company driver incurs a speeding violation or other roadside violation, the company-paid satellite service is deactivated for a month. It is reactivated only if the offending driver completes the next month with no violations. As a result of its new policy, Long Haul already has seen its CSA scores drop in the few months since the systems were installed.

“Our goal with that program is to have better safety scores and safer drivers,” says Daniels. “That has been an amazing motivator, and everyone wins by safer driving practices.”

Taking in-cab technology a step further, Long Haul recently finished a 40-truck trial using in-cab cameras to further improve safety performance and protect drivers when an accident occurs. Like most fleets that launch such systems, the company faced some initial headwinds among its drivers, but resistance was short-lived.

“After a couple instances where the camera actually showed that the driver wasn’t at fault when something happened, that news got around to the other drivers in the fleet,” Daniels says. Also as a result of the in-cab cameras, seatbelt usage has increased 85 percent.

Long Haul’s amenities don’t stop when the driver climbs out of the cab. Last year, the company opened its Club 94, a driver lounge complete with stainless-steel appliances, granite countertops, a theater room with a 70-inch plasma television, a gym, modern private showers and a dining area.

“We try to leverage our relationships to get better deals on equipment, parts, tires, etc.,” says Daniels. “It’s just another way we help decrease our overhead and increase our profits.”

Daniels says the trailer tarps it uses have a five-year life expectancy. By replacing them on a regular basis with tarps with new advertising, damage claims also have gone down. “It makes good business sense for us to do that,” he adds.

The program is an easy sell for Long Haul. From an average cost-per-thousand impressions, the company says mobile truck-side advertising costs only $1.50 compared to $28 for Internet advertising and almost $6 for radio advertising.

Several companies had approaching Daniels about buying Long Haul, but after looking at their operations and the percentage pay for owner-operators, he decided selling wasn’t the right thing to do for his employees and independent contractors.

On Jan. 1, Long Haul put together an employee stock ownership plan, in effect turning ownership over to its employees.

“I have a few more years before I ride off into the sunset, so we put together an exit plan with the ESOP that we feel is going to provide our current people with some job security and should really help with driver retention,” says Daniels.

The ESOP already has shown early returns, as the company’s sales are up 17 percent year-to-date compared to 2013. 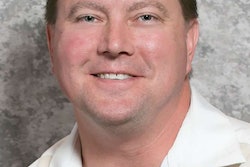 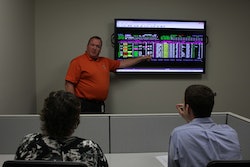