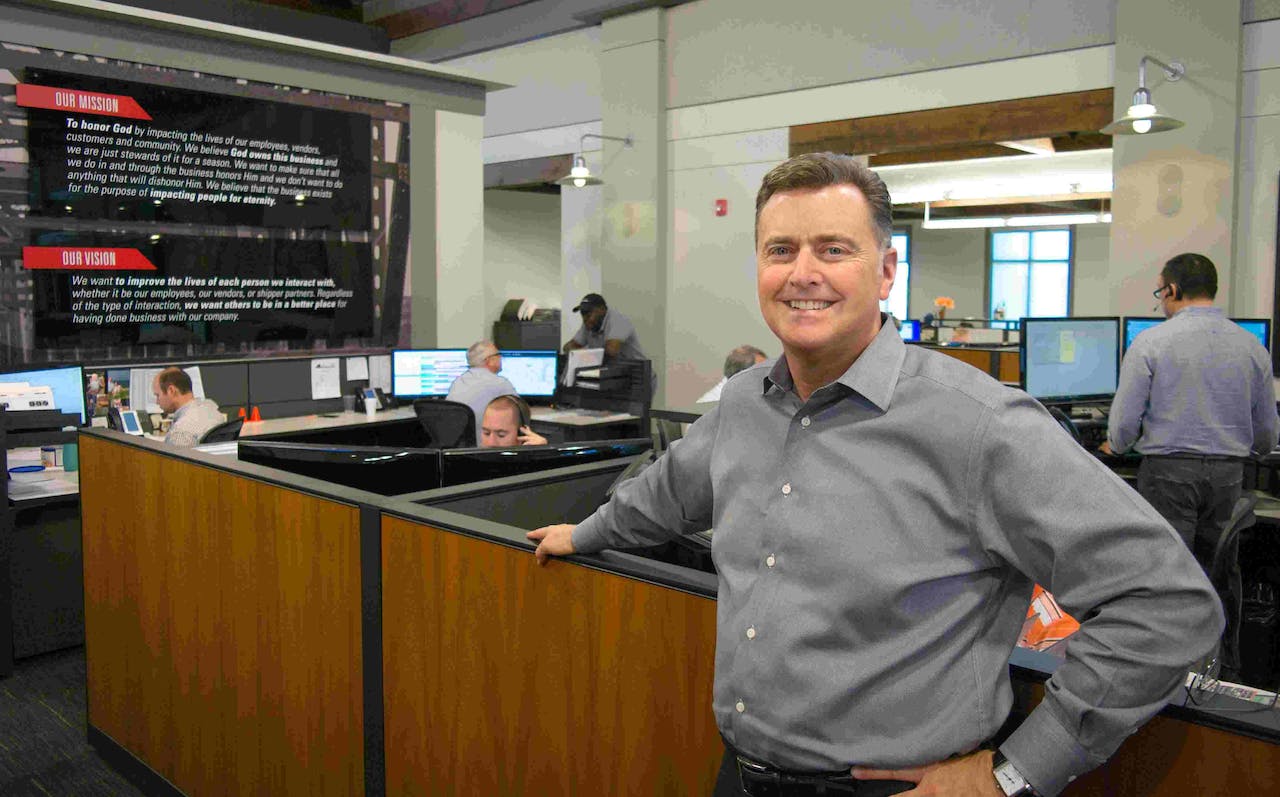 “Setting new ideas in motion” is more than a slogan at Nussbaum Transportation, especially with current plans to drive new fuel savings on top of already enviable results.

In 2012, CCJ first recognized the Hudson, Ill.-based truckload carrier as a CCJ Innovator for the cost-saving solution it created for a long-time customer, Electrolux. The household appliance manufacturer was bringing raw materials – primarily steel coils – inbound to its plants on flatbed trailers and then shipping finished product to distribution centers in dry van trailers.

Nussbaum worked with a trailer manufacturer to develop and test a specialized heavy-duty dry van trailer. Once the project was complete, Nussbaum secured a new long-term contract with Electrolux and was able to use the same trailer equipment to haul steel coils in and finished product out.

Nussbaum’s current fuel economy efforts are another example of successfully resolving inefficiencies and cutting costs. The company now is averaging close to 9.0 mpg with a fleet of 300 trucks, and few if any drivers are below 8.0 mpg, says Brent Nussbaum, chief executive officer.

Starting in 2010, Jeremy Stickling, director of human resources and safety, began a project with the company’s IT department to create an automated driver scorecard and performance-based pay program.

As part of the project, Nussbaum developed Excelerator, a proprietary software program designed to measure mpg data for each driver fairly and accurately. The scoring method is similar to a golf handicap, only much more scientific.

Drivers are spotted points according to the year and model of truck, the absence of an auxiliary power unit and the types of trailers they pull. Excelerator also awards points for load weights; heavier loads get a handicap, whereas light loads take points back.

The software adds points for weather events by cross-referencing a database of past truck locations, reported in 15-minute increments, to a national weather database of temperature records.

Excelerator even matches truck locations from its PeopleNet mobile computing platform to a database of wind speeds and directions. If drivers claim they were fighting headwinds, Nussbaum instantly can tell the driver how many points they were spotted for that segment of their trip. It also accounts for topography and trip length; shorter trips are likely to lower mpg because of more stop-and-go activity.

“The reason we do all of this analysis is to measure what the driver’s real situation was,” Stickling says. “That has to be resolved in their mind for them to be properly motivated.”

Once the external factors are considered, the conversation with drivers can focus squarely on results they can control, such as their speed and rpms.

Every month, drivers receive a four-page scorecard in the mail, and they also can view weekly statistics from the scorecard through their in-cab communications system. The scorecard is updated monthly in the company’s mobile app, which drivers can access using their personal devices.

Going to the next level

Despite the highly accurate mpg results for Nussbaum’s performance-based pay program, drivers still ask managers questions such as “Did I get enough credit for that factor?” Stickling says. 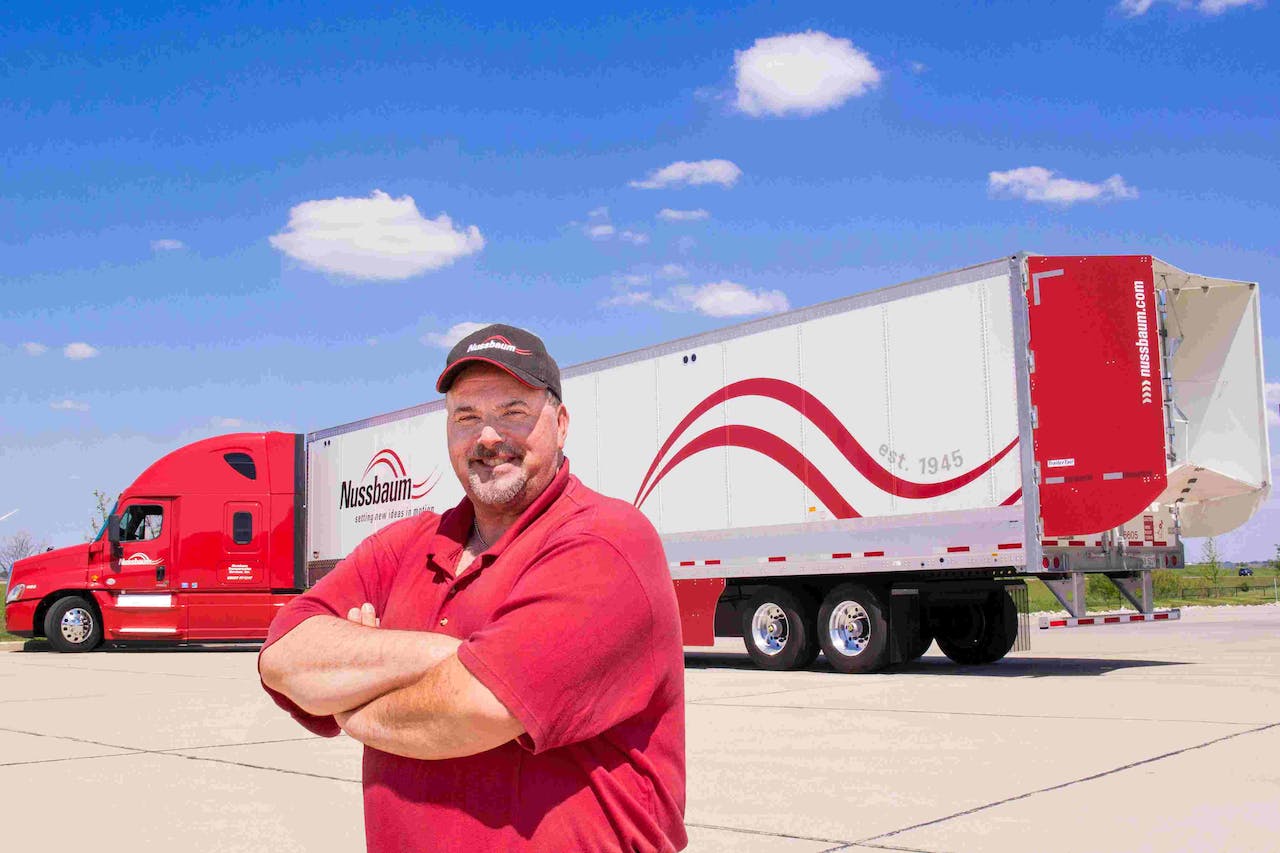 The new changes to the Excelerator application will give drivers metrics on their fuel-efficient behaviors.

Meanwhile, driver managers are not always certain what to prescribe to help drivers improve results. They also may struggle to explain why results changed from month to month. It’s not unusual to see fuel scores change by 20 percent, Stickling says.

That’s why earlier this year he initiated plans to take Nussbaum’s fuel scorecard and driver performance monitoring to the next level. The idea is to have a scoring system based on “habits and behaviors” rather than mpg “results.”

The change, Stickling believes, will remove any remaining subjectivity from driver fuel scores and focus the conversations solely on behaviors they can control.

In spring 2015, Nussbaum initiated a pilot project of a video-based driver safety platform from SmartDrive that quickly led to fleetwide implementation.

Besides using the critical event data and video recordings to coach for safety, Nussbaum plans to use the platform’s expanded analytical and reporting capabilities to drive fuel performance improvements.

Nussbaum plans to use accelerometer “g-force” data in conjunction with granular vehicle telematics and sensor data to give drivers more specific coaching and action plans.

Specifically, the company will be capturing what a driver does with his right foot and steering wheel. Outside factors such as hills, wind, truck issues and load weight will become less relevant, Stickling believes.

Nussbaum plans to change its Excelerator fuel scoring to a five-prong system based on the following metrics:

Smooth driving. Nussbaum will use g-force data coming from all directions around the accelerometer. The setting will be sensitive and capture data at a frequency level that will “tell us which drivers are smooth and easy in their movements,” Stickling says. “A smooth driver is often one who is gentle on takeoffs and uses the truck’s momentum instead of accelerating and then hitting the brakes right before stopping.”

Speed management. By using speed bracket data, Nussbaum will measure how much time a truck spends at certain speed levels. While the fleet is governed at 65 mph, the data show that drivers who run between 59-63 mpg save more fuel. “This will let us see very clearly which drivers are setting highway speeds in the low 60s versus those who run up against the governor all the time,” Stickling says.

Throttle usage. Using the speed bracket data format, Nussbaum can monitor average throttle usage of drivers at certain lower speed levels, allowing it to see if throttle usage is comparatively high or low in the 6-10 mph bracket, for instance. A driver who eases into the throttle is more fuel-efficient. Even with a heavy load, a driver could accelerate at the same rate using 30 percent or 60 percent throttle.

Space management. When triggered by an excessive g-force and a warning from the fleet’s radar-based collision mitigation system, the SmartDrive system will send event data for review by analysts, who will enter a “safety observation” for the driver’s following distance at one of four levels: 0 to 1 second, 1 to 2 seconds, 2 to 3 seconds and 3 to 4 seconds. Drivers with only a few observations will receive points. Those with frequent following distance issues have poorer fuel economy results and will receive no points.

Idle time. Based on truck anti-idle technology and the time of year, Nussbaum sets an idle target percentage for the month. Drivers get points for hitting the target and extra points the further below the target they land.

Stickling says Nussbaum’s new scoring system is simpler, but a learning curve is expected. “Drivers will still have to learn from the ground up what creates a smooth driving score and what they have to overcome,” he says.

The company consistently has low annual driver turnover in the mid-30 percent range, and Brent Nussbaum says its driver retention success is a result of how the company treats them. Its culture of respect extends to its advanced technologies to improve performance.

“We believe that every driver wants to be a professional,” he says. “When you teach them how to drive more professionally, that is something they can be proud of and is a reflection of our culture and belief that they are not just a truck driver.” 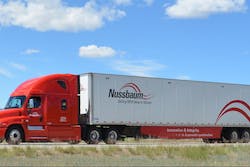 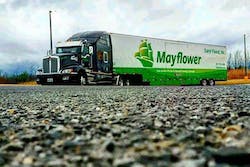 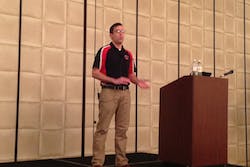 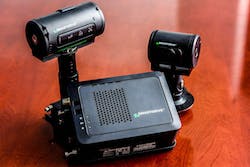