The first quarter of 2018 at Paper Transport Inc. (PTI) read like the opening of “A Tale of Two Cities” by Charles Dickens: “It was the best of times, it was the worst of times.”

The good news? The freight economy was firing on all cylinders. “Nobody could hire enough drivers,” remembers Ben Schill, vice president for the De Pere, Wis.-based truckload fleet.

That January, PTI had rolled out a new technology — a mobile application that drivers could use to view a simulated trip plan of their current work assignments. With one click on their tablet, drivers could pull up a digital map to see accurate real-time estimates of their arrivals at the planned stops on their routes for pickups, fueling, hours of service breaks, deliveries and more.

CCJ recognized PTI as an Innovator in July 2018 for this unique SmartETA planning tool.

The bad news? The company’s driver turnover had reached a breaking point in March 2018. It climbed 10 percentage points from January to hit a 70% annualized rate. The impact on the company’s operations and culture was palpable, Schill says.

PTI was faring better than the industry, with a turnover rate for large carriers tracked by the American Trucking Associations increasing 20 points to reach 94% in the first quarter.

The ultra-competitive recruiting environment was partly to blame. PTI began hiring drivers it normally would pass over. Its hiring criteria for safety remained the same, but drivers with a previous employment history showing a tendency to change jobs frequently were given a chance.

“We did that for a little bit, but then we hit a turnover number that made me want to puke,” Schill says. “From that point, I knew we had to focus on something different.”

Schill began looking for options to improve PTI’s recruiting process. He talked to data consultants, thinking perhaps the type of safe driver that PTI should target could be found with a mathematical solution.

“My mind was slanted around predictive analytics and that space,” he says, to “help us out of that funk.”

During this time, Schill discovered a behavior assessment tool that predicts how drivers will perform in safety, professionalism, teamwork and other areas. PTI already had been using a personality and culture assessment tool to screen candidates for office jobs. He believed a similar tool could work for drivers.

Schill initially wanted to use PTI’s best drivers as the baseline. He changed his mind when speaking with JOBehaviors, the company that provides the assessment tool he evaluated. Using PTI’s own drivers for a baseline would taint the results with Schill’s own biases, the company told him.

JOBehaviors uses a scientific method to evaluate behavioral psychology. The online survey takes about 15 minutes for drivers to complete. Recruiters receive an email instantly with the results, which show where a driver ranks with a five-star system. Each star corresponds to the driver’s percentile rank in behaviors that predict job success.

Before implementing the tool, Schill had a random set of PTI drivers take the assessment. Some drivers he perceived to be the best in the fleet did not score well. This was concerning.

“It almost scared us away,” he says. “You mean you would possibly take a driver applicant with 20 years of experience and throw them out? Our response is unfortunately ‘Yes.’ ”

A leap of faith

Using a behavior assessment tool to screen driver applicants was a leap of faith, Schill says, but PTI management was fully onboard. The company flipped the switch in October 2018. From that moment, PTI only would hire drivers who scored in the top 50% (three or more stars) on the assessment.

“Not only were we going to eliminate half our applicants, but we also knew that a good chunk of individuals weren’t even going to take the survey,” he says. PTI has found that 22% of the drivers it recruits are not taking or completing the assessment.

“They can go work somewhere else without having to go through these extra steps,” he says.

Companies that conduct hair follicle testing such as PTI already have an extra step in the hiring process for safety, “and that’s great for us,” Schill says. The behavior assessment tool goes beyond safety to identify professional drivers that care about the company and not just themselves.

“We know that we are leaving some possible employees out based on this,” he says. “However, I can tell you that the ones we are getting are what we want. We are willing to make that tradeoff.”

Schill believes drivers who are not willing to take a 15-minute survey probably are the same ones who will not do what the job requires, such as completing 15-minute pre- or post-trip vehicle inspections. “That’s just the type of individual that we will naturally weed out,” he says. “They are self-selecting out based on a behavior we wouldn’t have liked.”

As PTI began hiring only those who scored in the top 50%, the first positive result was that a higher percentage of drivers were showing up for orientation.

“Our drop-off or no-show rate was basically cut in half,” he says. “We knew we were onto something. We are finding an individual that was committed. When they say ‘Yes,’ they mean it.”

With the new hiring process, driver turnover at PTI receded from its high mark in March 2018 and dropped below its historical low turnover. Today, the growing company’s retention rate is better with 870 drivers than what it was when it had 450 drivers, Schill says.

The only downside for using a behavior assessment tool is that PTI is not hiring the same number of drivers. Even so, the company has been able to continue its growth – albeit at a slower pace – by reducing turnover.

The company closed out its 2019 fiscal year, ending in September, with a 59% turnover rate and has averaged 41% since then. The goal is to stay below 50% in 2020. Improvement came mostly by reducing early departures during the first 90 days. Another contributing factor for the success in lowering turnover was its online training program, Schill says.

Rather than try to cram training into two full days of driver orientation, PTI began using Luma’s online training program to schedule the release of short training modules to drivers over their first 90 days of employment.

Drivers complete enough orientation training in the office to prepare them for the job. Other training, such as for insurance benefits, are assigned to drivers to complete at a later date “when it is most meaningful to them,” says Julie Decker, organizational development manager for PTI.

Over the past year, the driver turnover rate in the first 90 days of employment has decreased by 35%.

Another trend that PTI has found is that new driver hires – particularly those that come from commercial driver’s license (CDL) schools – are posting the highest scores on the company’s scorecard system. Also, the accident rate of new driver hires from October 2018 to 2019 was on par with tenured high-performance drivers, Schill says.

“We just don’t have the issues we used to have with the new drivers,” he says.

The larger impact of behavior assessments on safety is difficult to quantify, because only 30% of drivers in the fleet today were hired since October 2018, Schill says. Even so, PTI’s 2019 fiscal year was among the fleet’s best in terms of safety.

“Putting a behavior assessment in place was a game-changer for us,” he says. “I believe it was one of the best things we’ve done in this company in the last five years. It is having a significant impact on our culture and how we operate.” 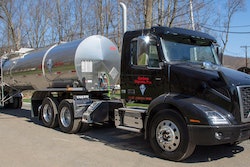 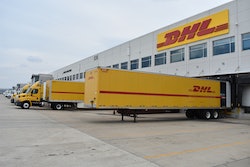 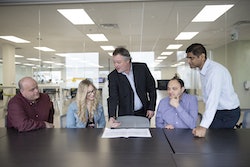