Christmas came early for many U.S. ports, as last week the U.S. Department of Transportation Secretary announced the award of more than $241 million in discretionary grant funding for 25 projects to improve port facilities in 19 states and one territory through the Maritime Administration’s (MARAD) Port Infrastructure Development Program (PIDP).

The state of Georgia was awarded funding for Garden City's Colonel’s Island Berth #4. The project will construct a fourth roll-on/roll-off (Ro-Ro) vessel berth at the Port of Brunswick’s Colonel's Island Terminal in order to add needed capacity at the nation’s second busiest Ro-Ro cargo port and more efficiently accommodate the larger 7,000-plus-unit vehicle carrier vessels that are becoming the industry standard for Ro-Ro ships calling at U.S. ports.

A.N. Webber Inc. will celebrate its 75th year of business in 2022, having grown from a one truck gravel hauling side job to more than 280 employees driving 200 late model Peterbilt’s with four locations and a robust freight brokerage team.

The company was founded in 1947 by Albert “Neal” Webber, Sr., who bought a 1941 International KB8 semi to haul gravel for a local Kankakee, Illinois, quarry. He had driven for his brother previously and decided to branch off on his own. By 1958 A.N. “Neal” Webber, Jr. joined his father in the family business after an honorable discharge from the U.S. Army, along with his wife, Dee. Within a few years the family business had expanded from dump box trailers to flatbed services, hauling rebar out of a local mill in Kankakee Illinois for the creation of the Interstate Highway System. Neal Jr. drove trucks while Dee ran the office.

Neal Senior retired in 1975 as Alan N. Webber graduated from high school and became the third generation Webber in the transportation company, working for his father. Over the ensuing years, many family members worked at the company. By 1980, during a raging blizzard, the Webber’s moved the operation to a new, larger facility on the south side of Kankakee.

In the 1980s, the company opened a terminal in McBee, S.C., and purchased Strassy Service System, which provided a larger geographic delivery capability within the state of Illinois, when freight transportation was still highly regulated for intra-state traffic. Alan Webber became president of the various Webber companies and central operations were moved to McBee.

The company expanded into Mexico in the 90s. Also, in 1991 Neal Junior purchased a building in Kankakee, renaming the facility South Tec Development Corp. With more than one million square feet of space, the former manufacturing plant was recreated to a business offering warehouse and manufacturing space. The building was quickly filled with tenants, including Webber moving their corporate office in, where it still resides today.

Alan launched the company into the logistics business in 2005, naming it A.N. Webber Logistics, Inc. In 2018, Alan’s son, Zach Webber, fresh from a five-year stint with a larger logistics company, came aboard to run A.N. Webber Logistics as its vice president.  The now robust brokerage division had doubled revenue over the last year and tripled headcount. The logistics division now accounts for more than 50% of the revenue, and additional growth is planned.

Albert Neal Webber, Jr. passed away in 2016 and Alan Webber assumed the role of CEO. Alan’s nephew, Todd Perzee, was named as president of Webber to oversee the day-to-day operations. Todd, the son Alan’s sister Kae Webber is the fourth generation of the family to oversee the operation.

Based in Connecticut, Keystone Equipment Finance Corp. provides small-ticket equipment financing specializing in the transportation and construction related industries. Keystone will operate as a wholly owned subsidiary of CCI, gaining and leveraging CCI’s extensive resources. Keystone’s operations and management will remain in place, with no expected change in personnel.

CCI President and CEO Dan McDonough said the Keystone acquisition is highly attractive as it expands his company's transaction range in the industries it serves. 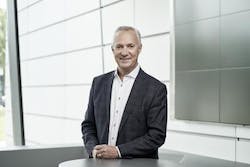 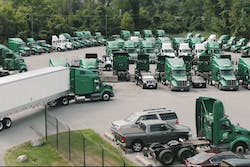 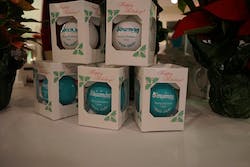 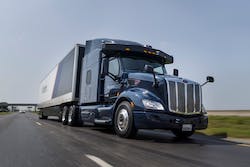