Over the years, truck makers have adjusted vehicle specs to make trucks very fuel efficient. But even with all those improvements, the way a truck is driven still plays a significant role in the fuel economy equation.

I was talking to Allan Dahringer, director of maintenance at Mesilla Valley Transportation (CCJ Top 250, No. 71), about this topic. His opinion is that the attitude of the driver is key to fuel efficient driving. Drivers with positive experiences with dispatchers, driver coaches, service writers and other people within a fleet are going to feel more connected to the fleet and therefore will be more invested in seeing that they maximize fuel economy when they are behind the wheel.

Dahringer also cited patience as a quality that helps drivers be more fuel efficient. “I would like to see drivers be more patient when taking off from a stop,” he said. “Even though we have custom tailored the ECM to do what we want, when the driver takes off from a stop, he needs to gingerly get on the throttle – not to the point of impeding traffic, but just slowly take off.”

He also is a fan of limiting idle and said that today’s trucks don’t need to be warmed up. “Drivers need to start their trucks, build air pressure and start going down the road," he said. "If the motor is running, the truck ought to be doing something not just sitting still. It should be moving down the road.”

Dahringer is also a big fan of allowing a vehicle to coast. “This means the driver’s foot is off the throttle," he said, adding that he is not advising coasting down a big hill at an enormous rate of speed, rather coasting within the parameters of the posted speed limit. In addition, he challenges drivers to step back out of the throttle a mile before a predicted stop and let the truck coast to a stop.

He also suggests that driver plan stops. “If you are going to stop, don't stop at a rest area that is on an uphill grade because when you leave, you are going to need a lot of horsepower to get the truck moving," he said.

Outside of the driver’s control is the maintenance of the vehicle. However, drivers should report any issues with the truck on their DVIRs to ensure their trucks are in top condition.  “Make sure the tire pressure is where it needs to be," he said. "Make sure the trailer is pulling straight behind you and make sure the fifth wheel is greased properly.”

When it comes to drivers and fuel economy, Dahringer said it is a lot of little things that add up to fuel savings rather than one big thing. “Watch your idle, coast when you can, drive slower, plan stops, etc.”

He suggests fleet managers build driver incentive programs that reward drivers for good fuel economy. “That usually gets their attention,” he said. “Once you start paying drivers for saving fuel, they get onboard pretty quickly.” 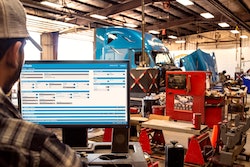 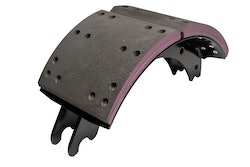 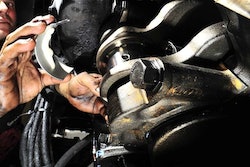 Fleets should be proactive in leveraging relationships with vendors