Featuring Pitt Ohio’s Taki Darakos, Scott Ewell of H.R. Ewell and Adam Wolk with Challenge Motor Freight, and moderated by Molly MacKay Zacker of MacKay & Company, Monday’s panel spent most of its time addressing how commercial carriers survive the day to day challenges of managing a Class 8 truck fleet — a job that’s never been easy yet has become even more demanding since the pandemic.

The carriers agreed the biggest issues they’ve faced over the past three years have been on the supply chain side. Trucks, trailers and parts have all been hard to come by. All three segments are improving but uncertainty still permeates their businesses due to the shortages they’ve experienced to date.

The carriers said they were forced to accept allocations and/or seek out alternative dealer partners to meet their equipment ordering needs in 2021 and 2022. The trio is hopeful those tactics will not be needed beyond this year — early data indicates production is finally catching up to demand — though no one was willing to claim the market has been repaired.

“If you don’t have stuff on the order boards now, you’re in trouble,” Darakos says.

The continued inability to get new equipment also has exacerbated the frustration the carriers have had with their aftermarket vendors. The carriers said they understand that suppliers are facing the same issues as OEMs regarding component availability, production schedules and global freight movement and they are willing to accept those excuses as reasons for product delays because they are valid. Where the carriers have been troubled and frustrated has been in the lack of transparency they’ve seen from vendors in reporting those delays.

“Don’t lie to me. Don’t say you can get me something in six months when it’s likely going to be a year or more,” Wolk told the audience, adding vendors who knowingly lie to earn one sale likely kill their opportunity to ever win a second one. “I value relationships, integrity and honesty.”

Monday’s discussion also addressed inventory management and how fleets may alter their buying and stocking habits as the market further normalizes.

Darakos said he’s expanded his inventory by 20 percent over the last two years. He said his company determined early in the pandemic that it was best to overbuy from a vendor when product was available because follow-up orders were never guaranteed. Thus far into 2023 he says Pitt Ohio has not yet dialed down its purchasing, though he admits the supply chain is stronger and order fulfillment rates have increased. Ewell agreed, adding his fleet bolstered its in-network inventory sharing early in the pandemic and continues to use it to this day.

According to the annual What Driver Want survey conducted by Truck, Parts, Service sister publication CCJ, 38% of respondents – company drivers and leased owner operators – said they had difficulty sourcing aftertreatment components in 2022, followed by 36% who said electrical system parts were hard to find last year. Next, at 31%, were tires, followed by filters (26%) and oil and lubricants (22%). Brakes and brake systems components (18%) were the least difficult to source, according to respondents. 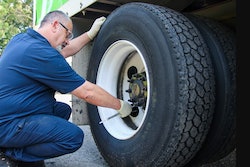 Nitrogen benefits truck tires but is the high cost worth it? 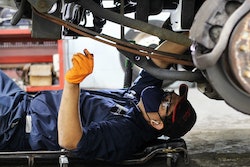 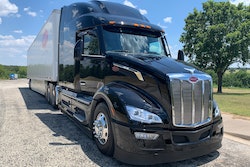