Not all electric trucks will fall behind their internal combustion counterparts because of long charge times. Some will deliver impressive gains so long as they don’t stray beyond their range and require a trip to the charger during the work day. However, where they are losing, according to the California Air Resources Board, is in the more critical race to lower emissions.

While federal and state policies continue to lavish praise and plenty of funds on all-electric technologies, biodiesel and renewable diesel are out-performing ethanol along with electrified cars, trucks and buses by a 3:1 margin according to the Diesel Technology Forum.

“When it comes to tackling the climate challenge, these new findings [from CARB] underscore the large and significant role that low carbon biobased diesel fuels are playing in California today and should also inform current and future climate and transportation policy considerations at the national and regional levels outside of California,” said DTF Executive Director Allen Schaeffer.

While some may argue that greater numbers of diesel-powered trucks easily account for the disparity, keep in mind that EVs are only as green as their power sources. According to the U.S. Energy Information Administration, roughly 60% of the power generated in the U.S. last year was derived from fossil fuel sources like coal, petroleum, natural gas and other gasses. Twenty percent was sourced from nuclear and the remaining 20% from renewable sources.

As additional electric trucks and vans plug into fossil-fuel power sources, emissions from these power plants rise. Not only that, but power plants work hard to provide the energy needed to produce high-energy density lithium-ion batteries used in power-hungry EVs. However, the well-to-wheels concept of measuring emissions and sizing up carbon footprints isn’t something you can expect to find in an EV brochure or in government policy that favors EV proliferation.

Renewable fuels score well in their well-to-wheels profile because they’re produced from plant and animal matter. Optimus Technologies produces the Vector System which enables fleets to run on 100% biodiesel sourced from soybean plants. Greater concentrations of biodiesel result in lower emissions. Optimus Technologies CEO Colin Huwyler likened B100 from Renewable Energy Group to a form of solar energy since the soybean plants used to produce the fuel grow through photosynthesis which, as kids in elementary school are taught, is powered by the sun.

“People tend to have a harder time grasping that a 100% biodiesel truck could offer lower carbon than a 100% electric vehicle,” Huwyler told CCJ. “But when you take a step back and you look at where the carbon comes from, you're still using a fossil fuel-based product to power the vehicle. It's just powering it in a slightly different manner. And so with biodiesel, it's basically a solar truck. It's just a different form of solar energy.”

“The use of ready-to-go biobased diesel fuel is a proven and cost-effective way to reduce greenhouse gas emissions now, without acquiring new vehicles or waiting for new supporting fuel infrastructure that may still take many years to reach market availability,” he said. “All diesel engines, old and new, can operate on blends of biodiesel or 100 percent renewable diesel fuel.

“These are fuels that are capable of reducing greenhouse gas emissions by at least 50 percent and in the case of renewable diesel fuel, emissions may be reduced by upwards of 80 percent, according to research commissioned by the South Coast Air Quality Management District and the Bay Area Air Quality Management District,” Schaeffer continued. “With a fleet of more than 1 million diesel commercial vehicles on the road in California, there is even greater opportunity for additional short term climate benefits with the uptake of biobased diesel fuel.”

Neste, the world's largest producer of renewable diesel, announced today that they've been testing renewable gasoline and are considering the low carbon fuel for worldwide distribution. The Finland based company states that with renewable gasoline "greenhouse gas emissions can be reduced by up to 65% over the fuel’s life cycle when compared to fossil fuels. The aim for Neste is to improve this figure, to eventually achieve up to 90% emission reduction with the fuel use. This would mean that greenhouse gas emission over the life cycle of the fuel would be equivalent to those from an electric vehicle." That's a very promising well to wheels outlook for internal combustion. Why would anyone professing a passion for cleaner emissions not embrace such news?

EVs will undoubtedly play a bigger role on the commercial vehicle front particularly as technology improves. But in the meantime, upholding these vehicles as superior and seemingly flawless solutions that need no help from ICE to take on emissions and reduce the nation's carbon footprint will do more harm than good. 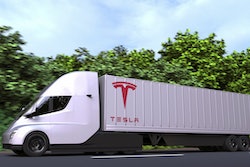 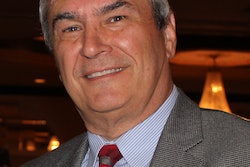 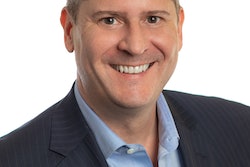 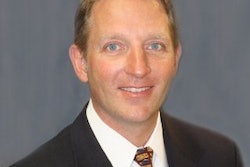