John Doe’s lunch at the Roughrider Truck Stop outside Billings, Mont., had been enlivened by Bobby “Flatbed” Braswell’s tale of a tractor-trailer driver who’d fallen asleep at the wheel and rear-ended a passenger vehicle. Sued for damages, the motor carrier had successfully defended itself by documenting that its driver recently had been negligent in treating himself for sleep apnea and had been hiding it from his bosses.

At the moment, however, Doe’s attention was devoted to finding a suitable parking place for his 18-wheeler near the Billings Burgerhouse on Sweetbriar Road, where he was scheduled to deliver some buns. While there was ample room to park and offload freight on Sweetbriar, which was relatively flat and merely slushy, Doe wanted to get closer, so he inched his way into the establishment’s large, steeply inclined ice-covered lot and parked 10 feet behind a straight truck whose driver was busily engaged in munching a Billings Cheeseburger Supreme while updating his logs.

After John Doe parked his tractor-trailer in an icy steep parking lot, his rig slid into, and dented, a straight truck parked nearby. Was this a preventable accident?

Alas, the stage now was set for disaster. Departing his cab, Doe entered the Burgerhouse in search of the shift manager, only to be interrupted moments later by the arrival of the straight-truck driver who loudly proclaimed that Doe’s tractor had slid into, and dented, his brand new truck! Adding to the other driver’s dismay, the impact had caused his half-eaten burger to be thrown to the cab floor and ruined!

Since Doe contested the preventable-accident warning letter from his safety director, the National Safety Council’s Accident Review Committee was asked to resolve the conflict. NSC immediately ruled against Doe, noting that parking on the icy steep downgrade had been unnecessary and risky. 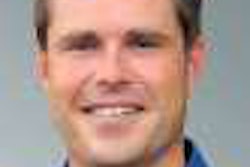 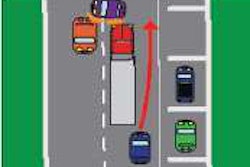