Last Tuesday marked at least the second time the "Cornyn Tax" – as it come to be known – was floated by the Lone Star State lawmaker, having previously floated the idea in 2019 to support a five-year highway bill. In theory, the tax could motor carriers to pay 25-cents for every mile driven. The mileage would be tracked via government-mandated devices that report the data back to the IRS.

"Placing a disproportionate burden on the backs of truckers to avoid Highway Trust Fund insolvency is shortsighted, inequitable, discriminatory against the industry, and deeply concerning to the millions of essential workers in trucking who have kept our nation fed, clothed, and with access to medicine throughout the COVID-19 pandemic," read the letter co-signed by OOIDA President and CEO Todd Spencer and ATA President and CEO Chris Spear.

The two agencies, which represent a combined nearly 200,000 industry stakeholders, noted that should the Committee pursue the Cornyn Tax proposal, "know that it will encounter an intractable wall of opposition from our industry and from the many economic sectors which we serve. Doing so will not only alienate some of the strongest champions and natural allies of user-funded infrastructure investment, but it will also wreck the possibility of achieving the broad stakeholder support needed to advance the legislative process."

Both ATA and OOIDA took particular exception to Cornyn's notion that passenger cars "subsidize" road use by heavy trucks, and that implementing a VMT would level the playing field.

"While trucks account for only four percent of vehicles on the road and nine percent of all vehicle miles traveled nationally, we currently pay nearly half the entire [Highway Trust Fund] federal user-fee tab," the latter read. "A typical 5-axle truck pays $4,454 in annual federal diesel and heavy- vehicle use taxes alone, whereas a car pays $93 in annual federal gas taxes on average. In other words, trucks already pay 48 times more in federal highway user fees than do cars – on top of the other roadway taxes, business taxes, and income taxes that motor carriers pay."

A report compiled by the American Transportation Research Institute found that costs associated with implementing a VMT tax could far exceed any revenue gains. ATRI found that replacing the fuel tax with a VMT tax, which would be assessed on 272 million private vehicles, could result in collection costs of more than $20 billion annually – about 300 times higher than the federal fuel tax. Hardware costs alone (mostly attributable to providing motorists with a GPS-enabled device) could have an initial price tag of $13.6 billion and require ongoing replacement. Telecommunications costs would be approximately $13 billion annually, and account administration would be an additional $4.3 billion each year, ATRI estimated.

ATA and OOIDA also pointed out that Cornyn's idea that mileage could be tracked via onboard devise likely isn't even legal.

"The concept of using electronic logging devices (ELD) to track and report truck miles traveled, as some have suggested, is untenable, as federal law prohibits government agencies from using ELDs for any purpose other than Hours of Service compliance," the agencies wrote. "Additionally, many erroneously assume that all trucks have ELDs, when the reality is that only 28% of commercial motor vehicles are legally required to be equipped with the device."

The letter closes urging lawmakers to "consider the impact that a truck-only VMT would have on the members of our industry, our supply chain, and the American consumer," noting that trucking industry stakeholders have "often said that we’re willing to pay more to ensure the nation’s roads and bridges have the funding certainty they need to carry our economy forward, but segregating commercial vehicles from all other road users with a new, punitive tax system represents a red line that we will not cross." 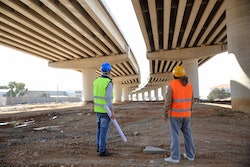 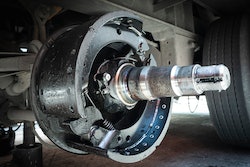 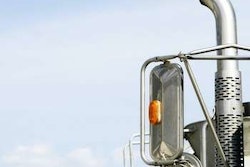 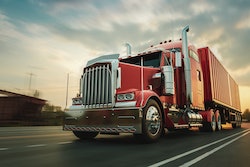