Rick Mihelic, contributor
Aug 24, 2021
The Union Pacific Big Boy 4014 was built in December 1941 and was the epitome of steam train design. It was the biggest and arguably most capable steam train to be built.
Rick Mihelic

You have to live a few years to fully appreciate technology obsolescence.

My father was born the year the Titanic left Southampton. His town had dirt roads and horse drawn wagons. During his life he got to see airplanes go from sophisticated cloth and wood kites to the Concorde SST. He got to see America electrify, televise, telephone-ize, then cell phone-ize, computerize, satellite-ize, and go to and from the moon, to travel overseas by steam ship and then by jet. He saw the end of the telegraph, the typewriter, steam trains, film cameras, vinyl records, 8-track tapes, cassettes, VHS and Beta. Dirt roads were replaced by concrete and asphalt two lanes and then highways. Vehicle speeds, capacities and functionality increased, each generation obsoleting the one before.

I reflected on this while waiting for a train on a hot afternoon in small town Aubrey, Texas. The train is the mighty Union Pacific Big Boy 4014. Built in December 1941 by Baldwin Locomotives – the same month as World War II started for the U.S. – this engine was the epitome of steam train design. It was the biggest and arguably most capable steam train to be built.

Weighing in at some 1.2 million pounds, and more than 132-feet long, its more than 6,000 horsepower could haul a 3,600 ton train unassisted up the Wasatch Mountain grade. That’s the equivalent of 90 fully loaded Class 8 tractor-trailers.

On level track this beast could go 70 mph, although it usually traveled no more than 55mph.

The train retired in 1961 after 20 years and 1,031,205 service miles. The 4014 is the only one of eight remaining examples of the technological prowess of steam power, and the only one this big still running thanks to a major multi-year restoration by Union Pacific that completed in 2019.

The train is making the rounds in 2021, and as a mechanical engineer, I had to see it running. I waited in sleepy Aubrey (population 3,731) with a growing crowd of locals and train buffs. Two hours late, delayed by a series of commerce-hauling diesel electric freight trains that long ago replaced the 4014, the monster flew by in a roaring flash, its steam whistle deafening over the ding-ding of the railroad crossing signals.

The Big Boy in 2021 is an anachronism of a bygone state-of-the-art technology from 1941. I wondered in the sweltering Texas afternoon sun what the young people gathered would see in 2061. The 10-year-old boy sitting on the ground near me would be 50 years old. Would he be excited to see the last great fossil fueled diesel semi-tractor drive down his street? And what would be that last gasp of diesel engine technological genius? It could be that we see it in 2021 and 2022 as the Department of Energy SuperTruck II vehicles enter public visibility.

SuperTruck II vehicles are on track to exceed 55% brake thermal efficiency (BTE), and to exceed 115% improvement in freight efficiency versus a Model Year 2009 baseline diesel powered truck. Some of the programs expect to exceed 175% improvement versus the baseline. SuperTruck I trucks completed in 2014-2016 that already showed that 10-12 mpg tractor-trailers hauling 65,000 lb. GVWR were feasible.  Many of the technologies demonstrated in SuperTruck I vehicles went into production truck models launched since 2014. NACFE demonstrated progress with production long-haul trucks in Run on Less in 2017. In 2019, we showed that even diesel regional haul trucks were able to get 8.6 mpg in Run on Less Regional. It's now common for drivers to publish social media trip reports in the 10-12 mpg range.

SuperTruck II technology progress was reported by the teams at the DOE’s Annual Merit Review in June 2021. All five of the teams expect to meet or exceed their targets, and all expect their prototype vehicles to be in public view by 2022. If they follow the same path as SuperTruck I, some of these technologies already are well on their way to production inside these companies. My guess is that we may see production iterations of SuperTruck II technologies as early as calendar year 2024.

It’s difficult to say, because the “messy middle” technologies NACFE is following include synthetic forms of fuel – renewable diesel and renewable natural gas – both of which run in traditional diesel engines. These synthetic fuels are considered “net zero” emission solutions because they make use of ingredients that would normally produce harmful emissions, converting those into lower emission fuels for combustion in diesel engines. Innovation is very hard to predict ahead of time, but easy to do afterwards. Who knows what bright and persistent engineers and companies might come up with to extend the life of the diesel engine?

The next 30 years will see massive technology change for freight transportation. My father, when he was 10 years old in 1922, had no idea of all that he would see in his lifetime. All the good ideas that came and then went, replaced by even better ones. Will we still have some derivative of a diesel engine in 2061 outside of a museum?  I hope that 10-year-old boy in Aubrey gets to see as much positive change as my father did. 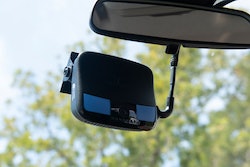 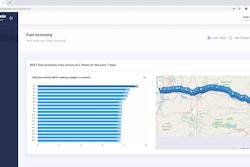 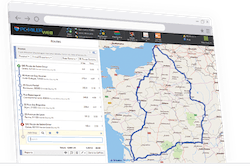